2021 Year in Review: From Eriksen’s recovery to the European Super League

Odd years in football can be quieter with fewer international football tournaments but not 2021. Odd in the sense that for at least half the year football was still played behind-closed-doors in most of Europe’s big leagues and, with the arrival of Omicron, meaning that many ended it behind-closed-doors, too.

However, the 12 month delay of Euro 2020 meant that Europe’s big footballing showpiece finally got underway in June. The tournament was staged across the continent in 11 host cities with football once again not quite coming home as Italy denied England at Wembley after the Three Lions once more came up short in a penalty shoot-out.

The tournament was only a day old when Denmark’s Christian Erikssen suffered a cardiac arrest during their game against Finland in Copenhagen. The Danish international’s life was saved by quick-thinking medics and a German emergency doctor in the crowd. 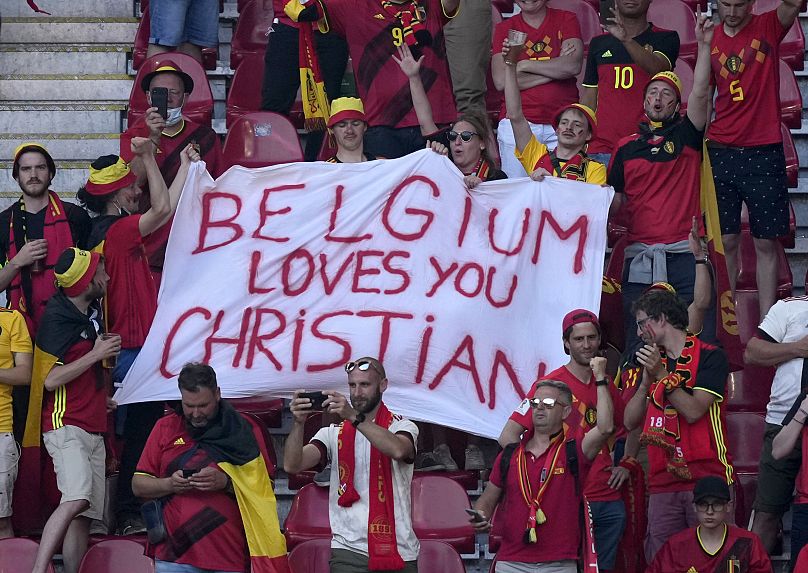 Six months later, and he still hasn’t returned to the field but the good news is that he has started training again. He won’t feature for Inter Milan again because the club released him as his health condition goes against Italian football regulations.

The run-up to the Euro’s was overshadowed by the potential breakaway European Super League. 12 clubs from England, Spain and Italy were prepared to walk away from the Champions League – in what they claimed was an attempt to ‘re-shape football’ and make the matches more of an event. Supporters didn’t quite see it that way and mobilised online and in-person to protest against the potentially seismic change in European Football.

Dan Silver of the Chelsea Supporters Trust told Football Now “We put a statement out, completely against it. We don’t want this. We’re not interested, we definitely don’t need a Super League. When football is threatened everyone comes together. We were all vehemently against it. The way it was presented as a fait accompli, which was just like, wow. What have they done here?” 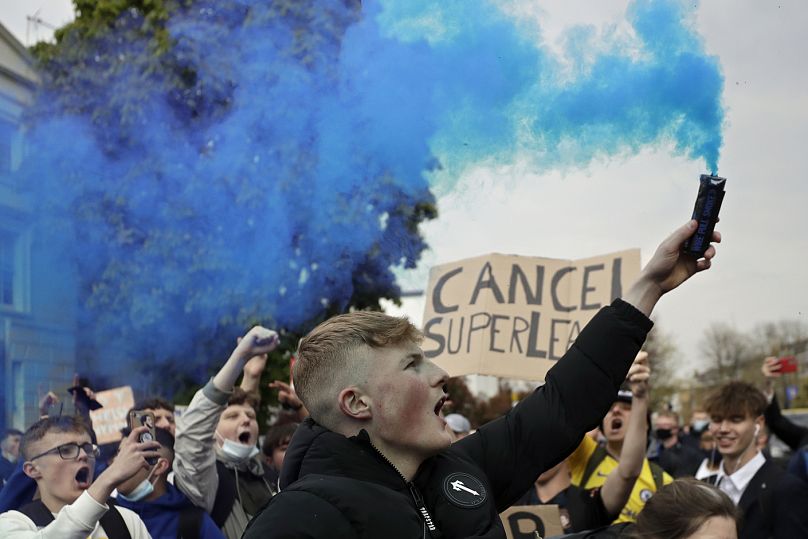 Football fans voice their anger at plans for a future European Super LeagueMatt Dunham/Copyright 2021 The Associated Press. All rights reserved.

Just 48 hours later most of the clubs involved had backtracked and announced they would not be joining the European Super League. But is this the last we’ll hear of the matter?

Some things were changing though. After spending his whole career at Barcelona, Lionel Messi swapped Spain for France, joining Paris St-Germain in August.

On and off the pitch, it was a move that shocked the world of football. L’Equipe and France Football journalist Florent Torchut told Football Now, “It’s not only something very important for the football level in France, but also for the image of Ligue 1 all over the world. I think we can see it on the social media of League 1 and of PSG. It exploded when Messi came, and we can see everybody’s talking now about PSG and Messi, and it’s really a big, big dream for all of French football.”

Cristiano Ronaldo was on the move, too, although it was back to familiar territory. After leaving Old Trafford 12 years ago, the Portuguese superstar made an emotional return to Manchester United.

2021 was eventful – but 2022 promises to be even more so with the most viewed sporting event on the planet – the World Cup – being hosted in the Middle East in Qatar for the first time. It all begins on November 18th.

Sidney Poitier: In The Heat Of The Night star – first…