The chief electrician on the film Rust is suing Alec Baldwin and members of the crew and production team, claiming he is suffering “severe emotional distress” following the death of Halyna Hutchins.

Serge Svetnoy was inside the church set when Hutchins was shot by Baldwin, standing just feet from the actor. He described being hit with bullet fragments before cradling the dying cinematographer, whom he had known for several years, for more than 20 minutes before an ambulance arrived.

“What a terrible tragedy and injustice when a person loses her life on a film set while making art,” Mr Svetnoy said.

It is the first lawsuit filed over the incident on 21 October which resulted in the death of 42-year-old Hutchins. It also contains the fresh allegation that the scene which was being rehearsed did not actually require Baldwin to pull the trigger.

“I did not expect it,” Mr Svetnoy told Sky News. “Nobody expected it.”

In the court documents, Mr Svetnoy, who – like Hutchins – is originally from Ukraine – added: “This duty called for Defendant Baldwin to double-check the Colt Revolver upon being handled to ensure that it did not contain live ammunition.”

Mr Svetnoy went on to claim that if Baldwin knew the gun was loaded with a real bullet, he had another duty to “refrain from pointing it at anyone”.

The 63-year-old has made what is called a general-negligence complaint which names the producers including Baldwin, armourer Hannah Gutierrez-Reed and others.

“When you have millionaire and multimillionaire producers putting their money and their profits before safety and human life, that must be punished, that must be stopped,” his lawyer Gary Dordick said, adding that Mr Svetnoy was seeking general and punitive damages.

“Alec Baldwin was sued for punitive damages because when a gun, a real gun, was given to him on the set, he assumed it was safe,” Mr Dordick added. “He took a gun, loaded with a bullet, pointed it at human being and pulled the trigger and shot the bullet that killed people.”

The lawsuit comes just a week after a former crew member on the film Rust said he “never felt as close to death” on a set as he did in the days before Ms Hutchins was killed.

Lane Luper was the lead camera operator for the production but resigned the day before the fatal shooting, citing concerns over gun safety and the welfare of the crew.

Lawyers for Ms Gutierrez-Reed who, as the armourer, was in charge of guns on set have doubled down on the claim that sabotage was the reason for live ammunition being in the gun handed to Baldwin.

“We eagerly await the FBI’s investigation of all the facts including the live rounds themselves, how they ended up in the ‘dummies box’ and who put them there,” they said in a statement. “We are convinced that this was sabotage and Hannah is being framed. We believe that the scene was tampered with as well before the police arrived.”

But Mr Dordick, representing Mr Svetnoy, said the idea of sabotage was “totally unbelievable” to him. “What they’re really saying is that it was murder,” he told Sky News. “That they put a bullet in a gun knowing it was going to be fired at someone. That seems specious, that seems suspect.” 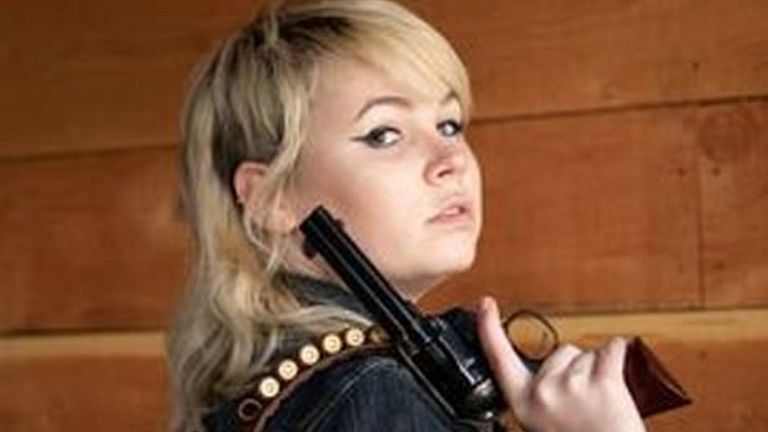 In a statement, the producers of Rust, including Baldwin, said: “The safety of our cast and crew is the top priority of Rust Productions and everyone associated with the company.

“Though we were not made aware of any official complaints concerning weapon or prop safety on set, we will be conducting an internal review of our procedures while production is shut down.

“We will continue to cooperate with the Santa Fe authorities in their investigation and offer mental health services to the cast and crew during this tragic time.”

Patients with serious conditions ‘at risk’ due to record ambulance delays, paramedics warn

Lincolnshire: Emergency services on the scene as school bus overturns in North Hykeham

Joe Biden arrives in Rome for meeting with Pope Francis to…

Hundreds of children killed by toppling TVs, furniture since…