Amazon has announced that it will not stop accepting Visa credit cards for UK payments later this week as had been planned as the two companies seek to resolve a dispute.

In an email to customers, the online retailer said it was “working closely with Visa on a potential solution”.

The move had been due to take effect on 19 January with Amazon blaming “high fees Visa charges for processing credit card transactions” when it was announced last November. 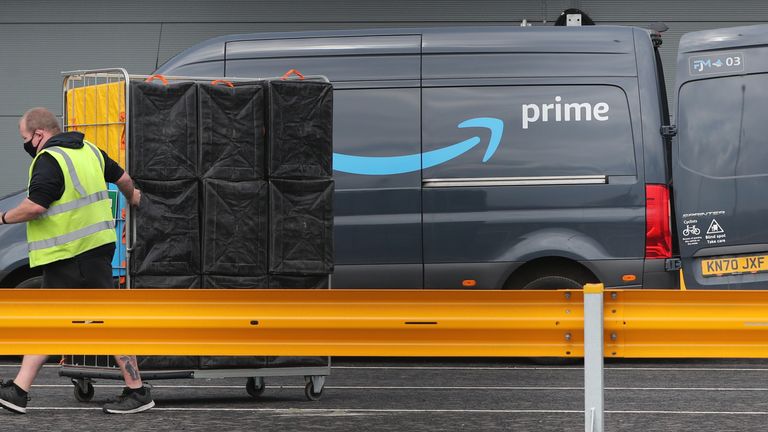 Amazon’s latest message to customers did not say that the dispute had been resolved for good.

But it said: “Should we make any changes related to Visa credit cards, we will give you advance notice.”

Visa also released a brief statement, saying: “Amazon customers can continue to use Visa cards on Amazon.co.uk after 19 January while we work closely together to reach an agreement.”

It had said at the time the online giant announced the ban that it was “very disappointed that Amazon was threatening to restrict consumer choice in the future”.

The online retailer was said to have been particularly angry at a rise in so-called interchange fees – additional cross-border costs – which it believes have risen five-fold since Brexit.

Such fees, payable by Amazon itself or merchants on its platform, would squeeze margins – or raise prices if passed on to customers.

Losing the right to be used for payments on the retail platform in the UK would have been a major blow for Visa.

Coronavirus: This is how it feels to be in intensive care…