As Biden battles COVID, some health issues of past US presidents were kept hidden from public

As President Biden, who is 79 years old, recovers from his recent diagnosis of COVID-19, some Americans may wonder about some of the other illnesses that previous U.S. presidents battled over the years — many of which were kept hidden from the public.

But first, a little more about Biden’s health conditions.

The president recently said during a speech that he has “cancer and … for the longest time, Delaware had the highest cancer rate in the nation.”

In a November 2021 memo summarizing Biden’s health, Dr. Kevin O’Connor, Biden’s physician for more than a decade, acknowledged that Biden had “several localized, non-melanoma skin cancers removed with Mohs surgery before he started his presidency.”

Biden’s ambulatory gait “is perceptibly stiffer and less fluid than it was a year or so ago.”

“These lesions were completely excised, with clear margins,” the report continued, as the Associated Press noted recently. 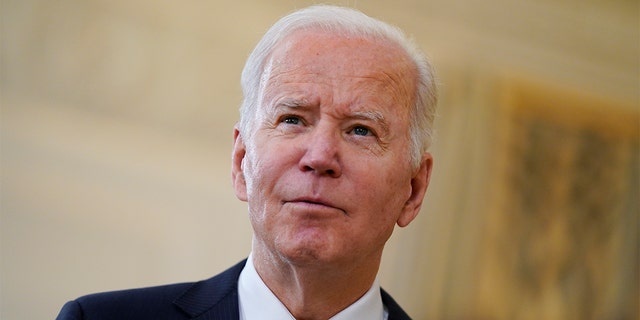 The same Nov. 2021 memo about Biden’s health pointed out other issues that the physician was following: the increasing “frequency and severity” of throat clearing and coughing while Biden makes speeches; and the fact that Biden’s ambulatory gait “is perceptibly stiffer and less fluid than it was a year or so ago.”

His orthopedic history suggested “several reasonable explanations” for this, the physician noted.

The memo also noted that Biden has atrial fibrillation, a condition in which the heart beats a bit abnormally.

Here’s a sampling — not a complete list, to be sure — of some of the other health conditions that American presidents endured in their lives.

John F. Kennedy (JFK) — the nation’s youngest president to die while in office — suffered from many chronic conditions during his lifetime.

These were kept from the public during his presidency so that he could maintain an image of youthful vitality, as many sources and biographers have noted. 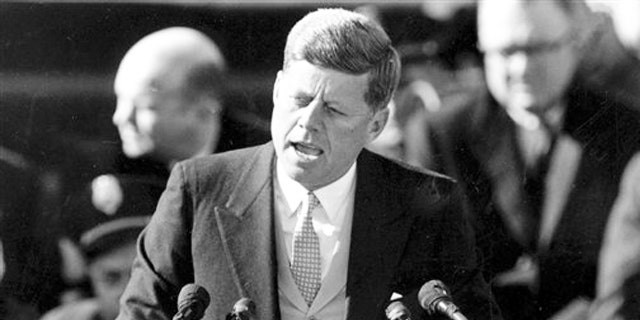 On Jan. 20, 1961, President John F. Kennedy addressed the nation in his Inaugural Address and said what some consider his most famous statement: "And so my fellow Americans, ask not what your country can do for you; ask what you can do for your country."
(AP1961)

Kennedy battled chronic back pain after suffering a back injury when he was at Harvard in 1937. It required multiple surgeries.

His “aura of vitality belied the fact that he was patently unhealthy from an early age,” physicians T. Glenn Pait, M.D., and Justin T. Dowdy, M.D., wrote in an article in The Journal of Neurosurgery: Spine.

But JFK’s most serious medical condition was Addison’s disease, an endocrine condition diagnosed in 1947, when he was 30 years old.

Common symptoms of Addison’s disease include fatigue, weight loss and abdominal pain; yet a hallmark symptom is hyperpigmentation on sun-exposed areas of the skin.

It’s when the adrenal glands don’t produce adequate amounts of the stress hormone known as cortisol, according to the National Institutes of Health (NIH).

Common symptoms include fatigue, weight loss and abdominal pain; yet a hallmark symptom is hyperpigmentation on sun-exposed areas of the skin.

When the cortisol levels become low, this stimulates the anterior pituitary gland in the brain to release high levels of another hormone called adrenocorticotropic hormone (ACTH). 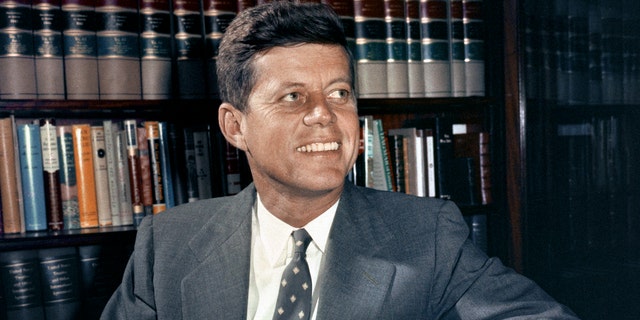 JFK’s most serious medical condition was Addison’s disease, an endocrine condition he was diagnosed with in the 1940s.
(AP)

ACTH acts on the skin cells known as melanocytes to produce high levels of melanin, causing a “bronze” discoloration of the skin, the NIH pointed out.

“In a strange twist of fate, one of the symptoms of Addison’s as well as a symptom of the steroids used to treat it is hyperpigmentation, which may be responsible for JFK’s perpetual ‘tan,’ something viewers of his televised debate with Richard Nixon definitely noted,” History explained on its website.

Franklin Delano Roosevelt (FDR), our nation’s longest serving president from 1933 to 1945, was diagnosed with the paralyzing virus called polio in 1921 when he was 39 years old, according to the Franklin D. Roosevelt Presidential Library and Museum.

POLIO LIVE ORAL VACCINE: HERE’S WHY THE US STOPPED USING IT YEARS AGO

“During the summer of 1921, FDR was enjoying a day of sailing on his yacht when he suddenly fell overboard into the icy waters of the Bay of Fundy, which ironically felt paralyzing to his body,” the FDR Library explained on its website. 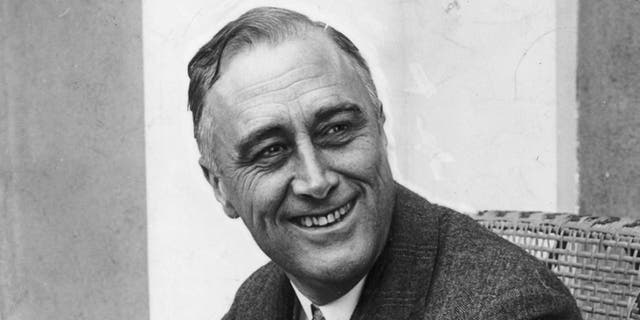 FDR was diagnosed with polio in August 1921 when he was 39 years old.
(Getty Images)

But the next day, he complained of lower back pain, so he went back in the water to relieve the soreness.

After his swim, however, he gradually started to have increasing weakness in his legs and couldn’t bear weight within days, according to the FDR Library.

But it took several doctors to diagnose the condition correctly.

Still, when FDR wasn’t improving, he went for a second opinion. On Aug. 25, 1921, Dr. Robert Lovett diagnosed FDR with infantile paralysis — what is now known as polio, an infectious disease that mainly affects children less than five years old, per the FDR Library’s website.

He thought the stress of politics weakened his immune system, which made him “a victim of infantile paralysis” in adulthood, per the FDR Library.

“If someone had polio as a child or young adult but had kept or recovered some or all movement of weakened arms or legs, even to the point of being athletic afterward, they can risk becoming weaker in late adulthood,” the CDC noted.

“Lovett explained that in order for a person to combat poliomyelitis, they must be in good emotional and physical health and have a healthy immune system,” the FDR Library added.

FDR reevaluated how he acquired the disease, recalling that he was sick frequently as a child. 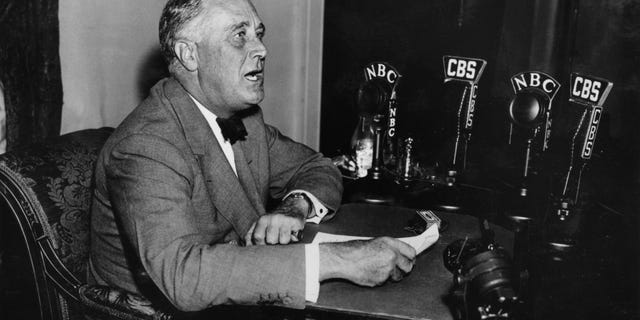 He thought the stress of politics weakened his immune system, which made him “a victim of infantile paralysis” in adulthood, the FDR Library explained.

“The [polio] virus spreads from person to person and can infect a person’s spinal cord, causing paralysis,” according to the CDC.

Most people will not develop symptoms; but some 25% of people will get flu-like symptoms that last two to five days, then resolve. Less than 1% of people infected with the virus will develop more serious symptoms of the brain and spinal cord.

FDR worked to shield his condition throughout his presidency so as not to appear “weak” to the American public. He requested the press not photograph him when he was walking or transferring himself from the car so that people would not know he was wheelchair bound, according to History.

A physician noticed that Woodrow Wilson, who was inaugurated in 1913 as the nation’s 28th president, began to experience drooping on one side of his mouth in 1919.

Later in that year of his second term, Wilson found himself partially paralyzed when he woke up one day. Yet his wife Edith rallied behind her husband to protect his administration from any public fallout of his health scare. 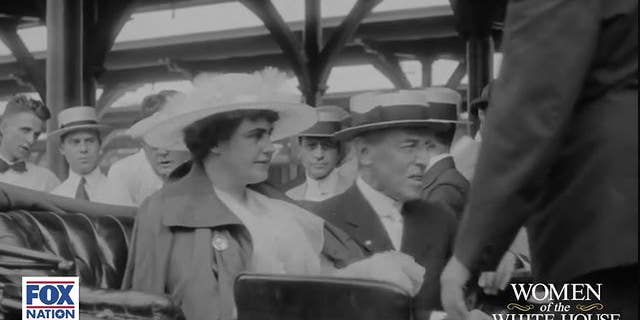 Woodrow Wilson (at right) is pictured along with his wife, Edith Wilson.
(Fox News)

“She essentially acted as the president, and the country was kept in the dark about Wilson’s true condition until after his term ended in 1921,” according to History.

Vice President Thomas Marshall didn’t assume the presidency at the time because in 1919 he was following Article 2 of the Constitution, which stated that a vice president would assume the presidency only in “death, resignation, or inability to discharge the powers and duties of the said office,” per History.

The American Stroke Association encourages people to think “F.A.S.T.” when they recognize symptoms of a stroke.

The 25th Amendment was later ratified in 1967, which set clearer succession rules of the president due to disabilities.

The American Stroke Association encourages people to think “F.A.S.T.” when they recognize symptoms of a stroke. The acronym stands for facial drooping, arm weakness on one side of the body, speech difficulty and time to call 911.

One president — after he’d left the White House — chose to tell the American people about his medical illness in a letter.

Ronald Reagan, the nation’s oldest president to be re-elected, wrote a handwritten letter to the American people about five years after he left office when he was diagnosed with Alzheimer’s disease. 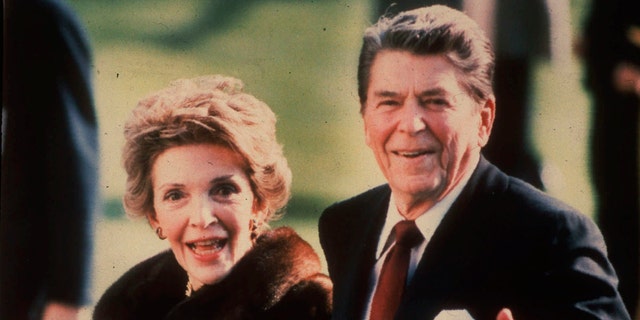 “I have recently been told that I am one of the millions of Americans who will be afflicted with Alzheimer’s disease,” he wrote on Nov. 5, 1994, in a letter addressed to “My Fellow Americans.”

“In opening our hearts, [Nancy and I] hope this might promote greater awareness of this condition,” Reagan added.

“Perhaps it will encourage a clearer understanding of the individuals and families who are affected by it,” the former president wrote in his much longer letter.

Murderer who briefly ‘died’ in hospital goes to court to…

Americans, behind in the race to build retirement savings, take steps…