Barbie has created a doll of one of the scientists that helped create the Oxford COVID-19 vaccine, in the hope of inspiring girls to get into science, technology, engineering or math (STEM) careers.

Professor Dame Sarah Gilbert has been honoured as a ‘Barbie Role Model’ for her work at the University of Oxford and for her role as project leader in the creation of the COVID-19 vaccine which is now in use in many countries around the world.

Professor Gilbert said: “I am passionate about inspiring the next generation of girls into STEM careers and hope that children who see my Barbie will realise how vital careers in science are, to help the world around us.

“My wish is that my doll will show children careers they may not be aware of, like a vaccinologist.”

Along with Prof Gilbert, Barbie is also honouring five other women who have worked during the pandemic. 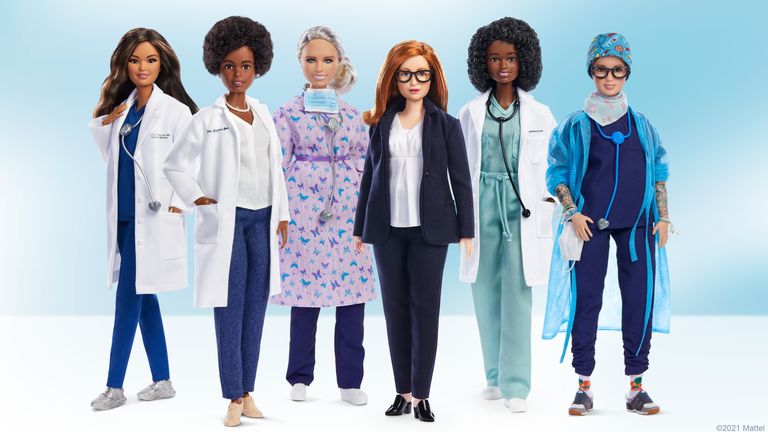 Emergency Room nurse Amy O’Sullivan, who treated the first COVID-19 patient at the Wycoff Hospital in Brooklyn, New York.Dr Audrey Cruz, a frontline worker from Las Vegas who joined forces with other Asian-American physicians to fight racial bias and discrimination.Dr Chika Stacy Oriuwa, a psychiatry resident at the University of Toronto, Canada, who advocated against systemic racism in healthcare.Biomedical researcher Dr Jacqueline Goes de Jesus, who is credited for leading the sequencing of the genome of a COVID-19 variant in Brazil.Dr Kirby Whitby who co-founded ‘Gowns for Doctors’, a gown that can be laundered and re-used.

Barbie is also making a donation to Prof Gilbert’s chosen organisation, Women in Science and Engineering, which runs an outreach resource created to inspire girls to consider a career in STEM.

COVID-19: Ed Sheeran tests positive for coronavirus – but says he will gig from home

Extending ban on single-use plastics to plates, cutlery and…

Dominic Raab defends Boris Johnson after PM is pictured not…