A pediatric dietitian cautioned parents against purchasing breast milk from independent sellers online amid the nationwide baby formula shortages and instead recommended going through a milk bank.

“This can be very, very risky if it’s not found from a reliable source,” Katie Boss, a pediatric dietitian at the Helen DeVos Children’s Hospital in Michigan, told Fox News.

Abbott Nutrition recalled its baby formula products and d a plant following a Food and Drug Administration investigation, leading to a nationwide shortage. Abbott and the federal government have taken steps to alleviate the problem, but it could take up to two months before shelves are stocked again, FDA Commissioner Robert Califf said Thursday. 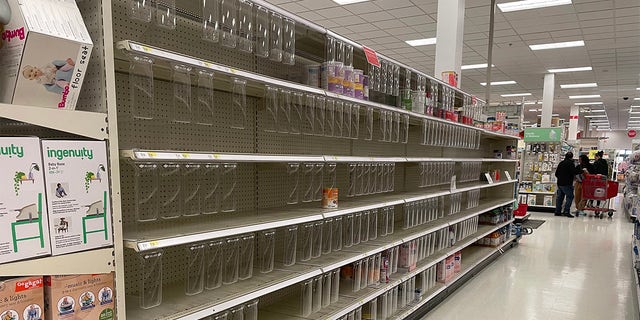 CEO OF ABBOTT APOLOGIZES FOR FORMULA SHORTAGE IN WASHINGTON POST OP-ED: ‘I WILL NOT MINCE WORDS’

“I definitely do not recommend purchasing it online—Facebook, Craigslist,” she told Fox News. “This could be very much so harmful to your child.”

“If you are trying to find this through a family member or family friend, I would make sure that you are asking a series of questions to ensure that this could be a safe product for your infant,” Boss continued.

Those questions include the mother’s full medical history, what medications the mother was on while pumping, if she took prenatal vitamins, as well as how long the breast milk was stored, Boss said.

The best option for obtaining donor milk, according to Boss, is through a state or local milk bank – organizations that receive excess breast milk from mothers and then screen, pasteurize and dispense it to infants in need, either in hospitals or homes.

“With the increased awareness of the formula shortage, we are seeing more requests come in from families who are interested in learning about donor human milk and receiving donor milk,” the executive director of the San Jose Mothers’ Milk Bank, Jonathan Bautista, told Fox News.

Bautista said the San Jose bank saw a 20% increase in demand for donor milk from January through April compared to the same period last year. 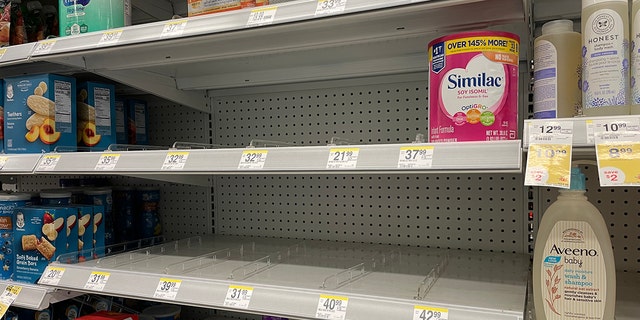 The baby formula shortage has led to empty shelves across the country.
(Fox News Digital)

Prospective donors are screened before being allowed to donate to the milk bank. The milk is then pasteurized and frozen to ensure that it’s safe for consumption.

Parents also must provide a doctor’s prescription to obtain milk from the San Jose bank, Bautista said. His bank ships 4,000 to 5,000 ounces of breast milk a day to infants in need.

“We are seeing a lot of interested moms – prospective donors – reaching out to us to ask about the donation process,” he said.

Boss, meanwhile, also cautioned parents against making their own formulas or diluting formulas. 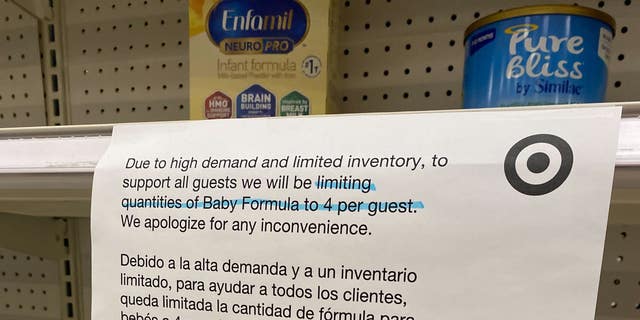 Signs at a Target inform shoppers that they are limited to four containers each due to the shortage in baby formula.
(Fox News Digital)

“This can cause very many concerns in terms of altering the nutritional value of your product,” she said. “It can cause electrolyte abnormalities as well as imbalances of vital nutrients and in severe cases can lead to death.”

“It has been very difficult to watch moms and caregivers navigate this shortage,” Boss added.  “I feel for these caregivers. This is a very, very frustrating, scary time for them.”

Boss urged parents who are facing difficulties securing formula for their infants to contact their health care providers or a registered dietitian as well as local health departments to help navigate through the baby formula crisis.

Spain becomes latest to give equal pay to male and female…