WNBA star Brittney Griner is escorted to the courtroom in Khimki just outside Moscow on 1 July 2022.

US basketball star Brittney Griner has appeared in court near Moscow on suspicion of possessing cannabis.

Griner was arrested in February at Moscow’s Sheremetyevo Airport while travelling to play for a Russian team during the US off-season.

The 31-year-old was finally brought before judges on Friday — more than four months later — to formally face drug possession charges in a behind-closed-doors trial.

Griner, a two-time US Olympic gold medalist, could face up to 10 years in prison if convicted.

The athlete’s detention and trial come amid heightened relations between Moscow and Washington following Russia’s invasion of Ukraine.

Griner was arrested less than a week before Russia sent troops into Ukrainian territory.

Police said she was carrying vape canisters with cannabis oil through the airport and accused the basketball player of large-scale transportation of drugs.

Britain wakes up in mourning, and to a new monarch, King…

“The facts are that a famous athlete was detained in possession of prohibited medication containing narcotic substances,” Peskov told reporters. “In view of what I’ve said, it can’t be politically motivated.” 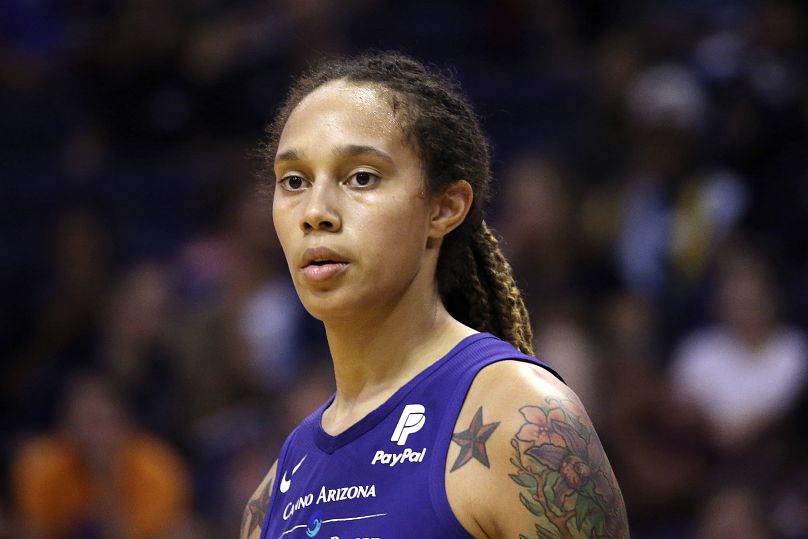 In May, the US State Department classified Griner as wrongfully detained and handed the case over to its special envoy for hostage affairs. Griner’s supporters have even encouraged a prisoner swap.

“It was good to see her in some of those images, but it’s tough,” added Vanessa Nygaard, Griner’s coach with the Phoenix Mercury.

“Every time’s a reminder that their teammate, their friend, is wrongfully imprisoned in another country.”

“The US embassy and the country care deeply about this case,” embassy representative Elisabeth Rood said outside the Russian court.

“[Griner] told me to convey that her spirits are high and that she is keeping the faith,” Rood added.

Study: Nationwide abortion ban could cause 24% increase in maternal deaths

Wine and Rum: Angolan producers thrive domestically and eye up the global market