Budget 2021 analysis: Leaks give parliamentarians a better chance of holding the government to account

By my tally there have been at least 15 different parts of the budget trailed in advance of Wednesday’s speech by Chancellor Rishi Sunak, from a boost in transport spending outside London to minimum wage rises to skills spending.

This upset Commons Speaker Lindsay Hoyle who admonished ministers for making budget announcements in newspapers and on “Sky TV” rather than delivering them to MPs first.

Yes, this was a breach of parliamentary etiquette – but isn’t that an odd thing for parliamentarians to fret disproportionately about, given the information reaching the public domain early increases the time they have to mull over what’s been learnt – and unpick it? Surely it gives them a better chance of holding the government to account? 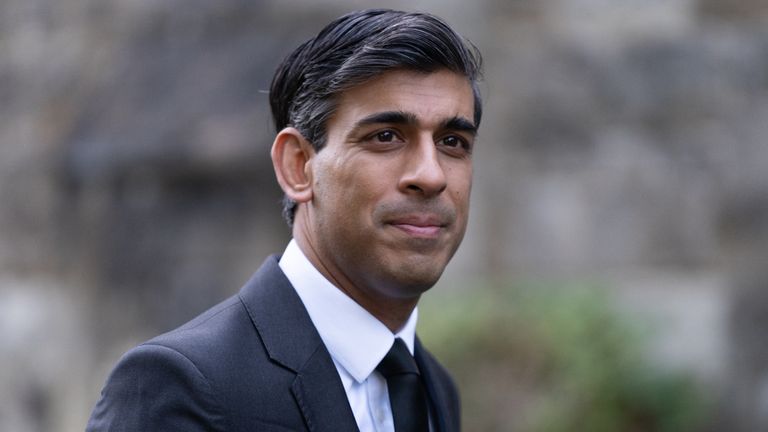 For the stories that have appeared to date about the budget and spending review, have, in the main being “good news” stories the Treasury want to shine a light on, without us being able to see the trade offs they cause. They will only be visible from the data tables available on budget day.

Mr Sunak had been expecting to make many more trade offs than he has ended up having to do.

This is because his leeway to spend is determined by the Office for Budget Responsibility (OBR), and I understand they have decided the COVID pandemic caused less permanent economic damage, meaning permanently higher tax receipts and is one source of his windfall. Recent higher prices also means higher VAT receipts also creates a windfall which can be spent at budget time.

There is some irritation in government at the hand the OBR has handed Mr Sunak. No chancellor or prime minister can ever plausibly turn down the opportunity to spend any windfall that comes their way, such is the nature of competing pressures in government.

However Mr Sunak spent conference season warning about the risks of inflation, and the increased cost of servicing government debt if interest rates go up. That risk remains a constant even as OBR numbers bob around. Risk just increased.

Bed Bath & Beyond closings: What you need to know about…

Tomorrow the chancellor will set out his fiscal rules, his own tool designed to constrain spending.

This was his weapon of choice for keeping a lid on spending demands from cabinet colleagues. Again the OBR has undermined this; if the fiscal picture is as rosy as some suggest, it will prove little restraint – also leaving Mr Sunak in an very tight situation if the OBR change approach once again in future and decide the picture is actually more gloomy in the Budgets after this one.

This is only one of several problems this budget potentially stores up.

The tone of the Commons statement will be upbeat. Mr Sunak has released some of what he will say – declaring this budget is “preparing for a new economy post-COVID” and that it sets us on a path for “an economy fit for a new age of optimism”.

This language carries risks, not least because we’re not “post-COVID”. On Wednesday there were 41,000 new infections.

The country may not be heading back into lockdown, but pretending the problem doesn’t exist isn’t going to help the economy.

Secondly, while ministers will repeat an upbeat message that Britain is getting a pay rise, will people feel the benefit? Pay whittled away by inflation, rises in energy prices and the benefit cuts may not result in much gratitude for ministers.

Thirdly, there’s what the budget won’t do. The energy crisis – far from temporary – will go into next year and still hitting supply lines. Energy intensive companies – like paper manufacturers or firms that make sewage treatment chemicals, to pick a contemporary example, are on the brink.

The Business department suggested emergency help for viable firms was coming soon over two weeks ago. Today three sources said there was nothing in the budget and it is not clear if help will ever come. That’s a potential economic crisis in the making.

The measure of a budget isn’t the cheering on the day, or the likes on the Instagram feed, it’s the verdict after a month after when the dust settles. Will it endure?

Follow budget coverage live on Sky News with the chancellor’s announcement from 12.30pm

Boris Johnson: Wagons circle around PM but his government is paralysed…