This was quite a complex budget – more so than usual.

On top of the usual barrage of figures at these fiscal events, there were two other things complicating matters: that this is also a Spending Review, where the government determines how much its departments will be able to budget in coming years, and that many of these decisions were not taken today, but last month.

But when you strip away the complexity and dig into the numbers themselves, what emerges is actually quite a simple story.

With that in mind, here are five things you need to know about today’s big fiscal event. 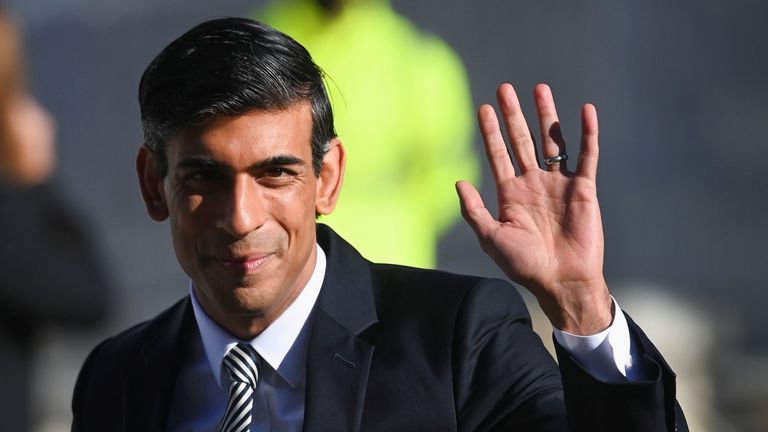 The situation has changed

The first is that the economy of October 2021 looks very different to the economy of March 2021, the last time the Office for Budget Responsibility updated its numbers.

Gross Domestic Product, otherwise known as national income – the most comprehensive measure of how well we’re doing – is higher than predicted back in March, and looks likely to return to pre-COVID levels sooner than expected.

More national income means more money in our collective pockets, which also means more tax revenues going from our pockets into the Treasury’s.

At the same time, inflation, which last March looked somewhat tame, is very much back, heading up to 4% by next year, at least according to the OBR’s projections. In fact, the OBR added in a footnote that it suspects this is an undershot and the consumer price index will actually peak closer to 5%.

This is a big deal, not just for our standards of living but also for the chancellor: it both means he has to pay slightly more in debt interest but, by the same token, it also nets him more tax revenues (things cost more which means more VAT receipts).

Budget calculator: Find out if you are better or worse off 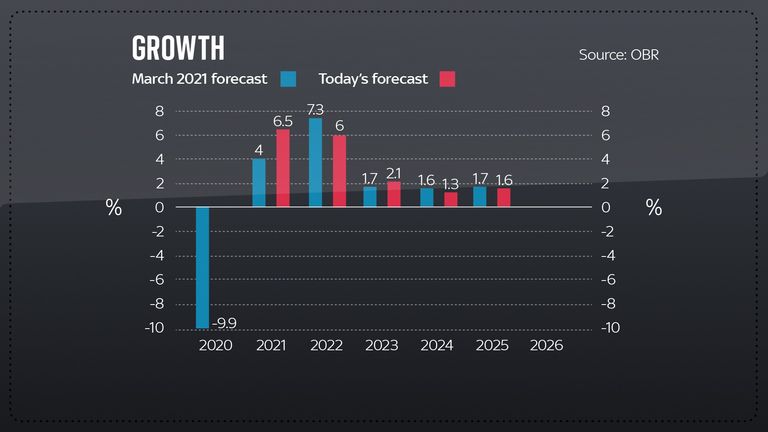 Anyway, this brings us to the second thing you need to know: the impact of all these economic revisions has a big – a very big – impact on the public finances.

Take a single year, 2022-23, as our example. In that year alone, the OBR reckons the improved, but also more inflationary, economy will result in a whopping £51.8bn more in tax receipts.

That is enormous. Now, some of that windfall is eaten up by higher spending on welfare and debt interest, to the tune of £12.4bn.

But even when you subtract that amount, we’re still talking about a monumental windfall. That year alone, the chancellor can expect roughly £39bn more coming into the exchequer than was anticipated back in March.

In fact, when you add up the combined windfall from these forecast changes between this fiscal year and 2026/27, the final one in the forecast horizon, you get a whopping total of £225bn.

Or, if you’re looking solely at the period between next fiscal year and the next election, about £100bn. It’s a lot of money. 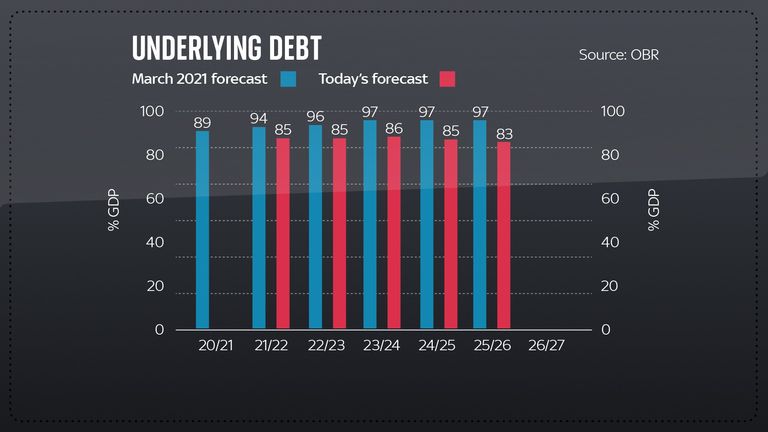 That brings us to the third thing you need to know about this budget.

The chancellor has chosen to pocket more than half of this windfall, using it to reduce his borrowing. This is actually highly significant.

He could, had he chosen to do so, have spent nearly all the windfall. Doing so would have threatened his newly announced fiscal rules, but not, frankly, by all that much.

And anyway, let’s not forget that these rules are his own creation. There is no definitive fiscal tablet of stone saying this is or isn’t the “correct” way to run the public finances.

In short: he has taken a choice, to save that money rather than spending it. Which raises a few questions. 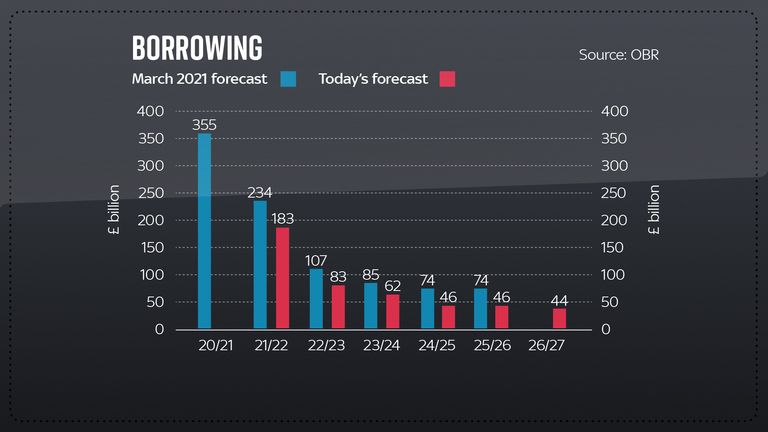 Is this a sign of his fiscal prudence? Will it undermine the nature of the economic recovery, since some of that money might plausibly have contributed to economic growth? Is he just saving it in advance of, say, the next general election?

Certainly, this budget gives him plenty of room – even within his new fiscal rules – to splurge in 2023 or 2024 on either more spending or tax cuts. The pre-election bribe is, one might speculate, in the can.

It is quite hard, at this stage, to say where the chancellor comes out in these questions.

If you listened to his speech, you will probably have been somewhat bewildered. In one sentence, this man talked proudly about the billions of pounds he was spending on public infrastructure; in the next, he warned that with the size of the state now at its biggest in decades, this spending was unsustainable.

It comes back to a deeper unanswered question about the Tory party: do they stand for fiscal prudence or for investing loads of money in some of the country’s more economically disadvantaged areas?

For the time being, the chancellor’s answer seems to be: “yes, to both”. How easily he walks this tightrope in the coming years remains to be seen. 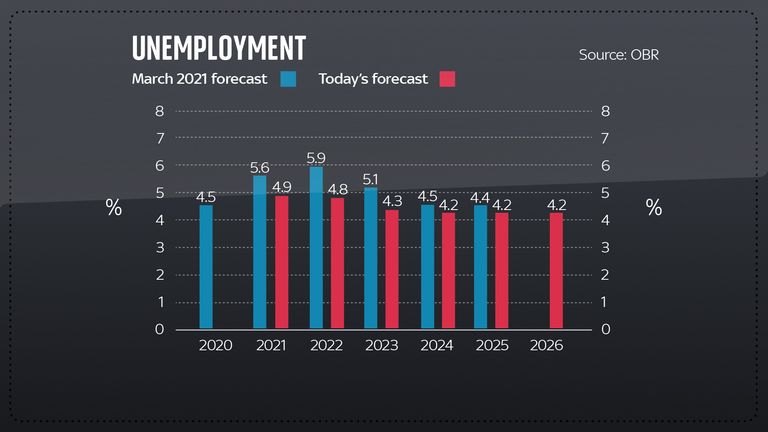 Numbers on the scoreboards

The fourth thing you need to know about this budget is that the vast majority of policy decisions happened long before budget day itself.

Here’s one way of looking at it. Typically, when one looks at a budget document, the most important table of all is somewhere towards the end, called the “scorecard”. This table tots up the fiscal impact (money in or out) of every policy in the document. It’s a big deal in Whitehall.

So what did we learn from this scorecard?

In this fiscal year the government will spend an extra £47bn; but of that, roughly £39bn was decided months ago: the September announcement to spend more on health and social care and the announcement of the spending envelope for the Spending Review.

Its policies will bring in an extra £24bn but of that a whopping £23bn again occurred back in September, when the prime minister and chancellor announced an increase in National Insurance (well, the “health and social care levy”) and changed the pensions triple lock into a double lock (saving about £5bn a year).

This is not to dismiss the policies announced today: the universal credit taper rate cut will be very important for many families and will blunt some pain from the removal of the COVID period uplift.

Business rates relief will make a difference for many businesses.

But these policies will cost roughly £2bn a year each – not exactly enormously generous by the standards of recent budgets (then again, recent budgets have been pretty enormous).

The final thing you need to know about the budget is that if you had been hoping for a big environmentally friendly piece of fiscal policy ahead of next week’s COP26 climate summit then, well, you’ll be disappointed.

In fact it’s worse than that: all else equal, this budget might plausibly increase carbon emissions rather than diminishing them.

This is something of a surprise; after all, the whole point of this particular COP summit is that having made bold promises on climate change, governments around the world now need to show some evidence that they’re actually serious about getting to net-zero.

So what did the chancellor do?

Well, instead of raising taxes on emissions, he effectively cut them. Britain has a few of what you might call green taxes, of which the biggest is fuel duty and the second biggest is air passenger duty.

One can understand why: petrol prices are close to record highs and flight numbers remain very low compared with the pre-pandemic era.

These tax measures will help households – especially the poorest and those outside London, who tend to suffer the biggest impact from higher fuel prices.

With inflation on the rise, is this really the right time to penalise motorists whose finances are already squeezed?

But, well, this is the dilemma of net-zero. It is ultimately about trade-offs between cheap but dirty fossil fuel energy and expensive but clean renewable energy.

Much as he may be enthusiastic about clean tech, much as he is investing more via the Spending Review on these technologies, the clearest indication of a chancellor’s preferences is his tax policy.

And the chancellor has signalled in this budget a preference for fossil fuels over clean energy.

Now, the above is hardly an exhaustive list. This was, as I say, a complex budget. And with complex budgets, often it takes some days to understand their true significance, or to tease out the problematic bits under the surface.

But perhaps it’s a start.

COVID-19: How Thailand is using a ‘cheap and effective’ traditional…