Global warming is arguably the biggest threat humanity has ever faced, but is football doing enough to fight against it?

According to research by energy company Selectra, the sport contributes between 0.3% and 0.4% of the planet’s global emissions. Although such a figure may seem small, that’s a bigger carbon footprint than Barbados and is roughly the same as Denmark’s.

Many in the game are starting to recognise football’s impact on climate change, and demand the sport’s community does more to help combat it.

Italian Serie A midfielder Morten Thorsby is the founder of WePlayGreen, a non-profit platform that encourages players, clubs, fans, and partners to make more sustainable choices.

“WePlayGreen was an initiative foundation I created more or less one year ago. I had the chance to meet the environmental minister in Italy, and I proposed a project with the idea of creating a network of football ambassadors for the players all over the world, spreading climate and environmental awareness in the football family,” he says.

Thorsby believes the sport still has a long way to go, so it’s important to begin making changes immediately.

“I mean, the next 10 years is probably the period of action. We have to start to change and we have to take action now,” he says.

And that’s why I believe also now football and other sports can no longer hide.

The effects of climate change are already beginning to impact football. According to a report by academic David Goldblatt, ‘Playing against the clock: Global sport, the climate emergency and the case for rapid change’, a number of clubs could be partially or fully affected by flooding by 2050. This includes Premier League clubs Chelsea, West Ham, Norwich, and Southampton, while in France, Bordeaux’s Matmut Atlantique stadium could be completely flooded on an annual basis.

With 3 billion people having watched the 2018 World Cup in Russia, the power of football to influence cannot be understated. And whilst the sport is beginning to make environmental changes, there is still clearly a long way to go.

“If we can move people to live greener and to make better choices and to actually become engaged in the environmental and climate crisis then actually, football could make a huge, huge difference.”

Which is the best soya sauce chicken in Singapore? 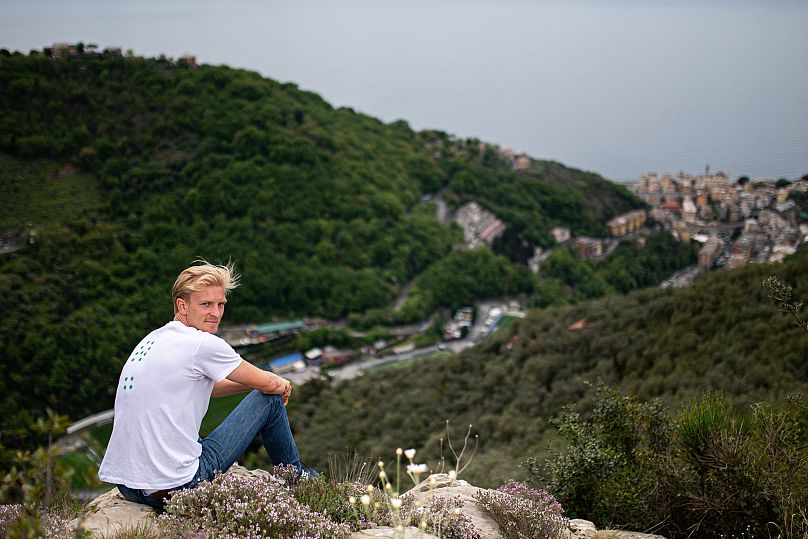 Forest Green Rovers, who play in England’s third division, are currently the only football club in the world to be carbon neutral. Chairman Dale Vince explains why this is so important to the club:

“The climate crisis is the biggest threat that we face, it’s like the pandemic on steroids. And we’ve had our first-ever Amber heat warning in Britain in history. If you look around the world, wildfires, droughts, all kinds of problems, climate change is here and we have to address that. It’s about how you prioritise yourselves, about how you travel and it’s about what you eat.”

We focus on three things, primarily energy, transport and food. 80 per cent of everybody’s personal carbon footprint is in those things, and the same applies to sports clubs as well. 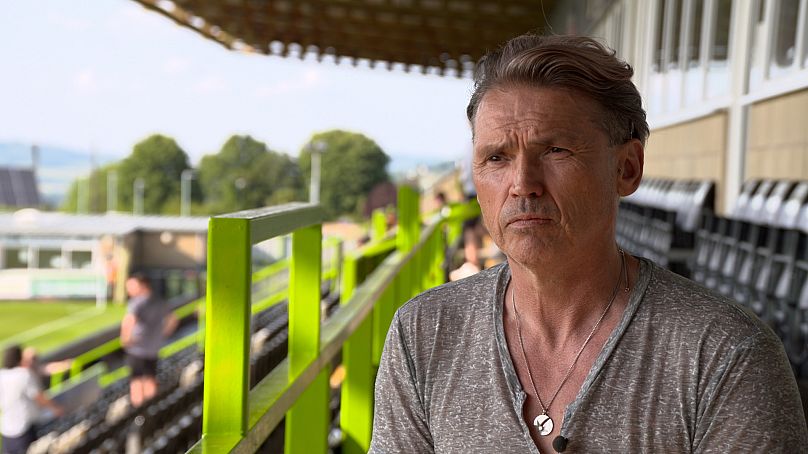 Dale Vince is the chairman of Forest Green RoversEuronews

Vince is the owner of British electricity company Ecotricity, and became chairman of Forest Green Rovers back in 2011.

He says: “Around the ground, we’ve got solar panels. We bring wind energy in as well through the grid. So we’re 100% powered by green energy. We’ve got charging points for electric cars at the front so our fans can come to a game and get home again. And we’ve got an entirely plant-based menu. All food and drink at the club is plant-based. We’ve also got an organic pitch. That’s a big issue. We don’t use chemical pesticides and fertilisers, and we capture the rain that falls on the pitch from underneath and we use it again.” 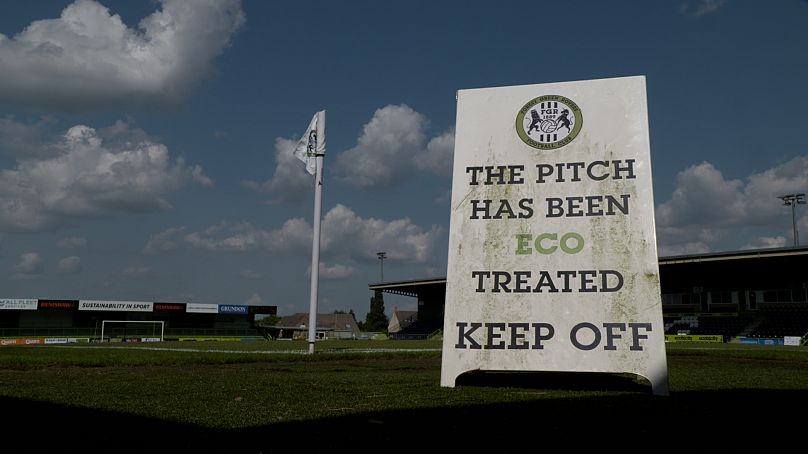 Meanwhile, as Qatar prepares for World Cup 2022, the country is ensuring the tournament is as sustainable as possible by keeping matches in close proximity.

“For the first time in a World Cup we have a very compact tournament,” Dr. Talar Sahsuvaroglu, Sustainability and Environmental Expert with the Supreme Committee for Delivery & Legacy says.

“We don’t have to fly between cities and have more air travel, we don’t have to take more long-distance trains, we have a metro, we have bus systems in place and an upgraded infrastructure to allow fast and easy travel between all the stadiums

“The Ras Abu Aboud Stadium is one of a kind in the world, it’s the only stadium that’s been built with a demountable strategy in mind and it’s really neat to see that when the stadium was designed, demountability was already included in it.” 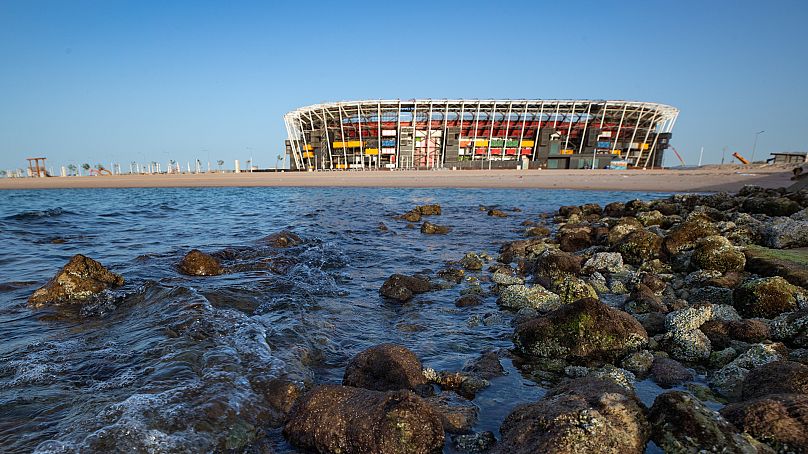 The Ras Abu Aboud Stadium is made out of shipping containers and will be entirely dismantled and repurposed after the FIFA World Cup Qatar 2022.Supreme Committee for Delivery and Legacy

With 3 billion people having watched the 2018 World Cup in Russia, the power of football to influence cannot be understated. And whilst the sport is beginning to make environmental changes, there is still clearly a long way to go.

New technology gives new tools “to those who want to do harm”, warns EU’s…

The scandal of Europe’s polluted skies – and the communities suffering…