Kenosha residents say there is still more to be done after…

Thousands of Brits with HIV to be offered new long-acting…

Heidi Klum talks how she stays so fit

“America’s Got Talent” judge Heidi Klum recently had some memorable photos taken not of herself — but of her colon.

And she’s using it to raise awareness about the importance of colon cancer screening.

The 49-year-old recently shared during an appearance on “Jimmy Kimmel Live!” that she received a colonoscopy while celebrating her three-year wedding anniversary with her husband, German guitarist Tom Kaulitz.

NON-HODGKIN’S LYMPHOMA: WHAT IS THE CANCER THAT JANE FONDA SAYS SHE HAS?

He has a type of migraine known as cluster headaches — so the pair went on a health retreat in Austria.

“Usually I have my photo taken from the outside, but they were all in there,” Klum told comedian Nicole Byer, who was the guest host for the late-night show two weeks ago. 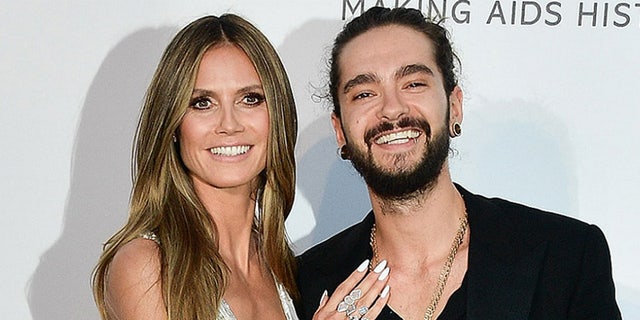 Heidi Klum is married to musician Tom Kaulitz. She discussed the recent test she had to screen for colon cancer.
(Getty Images)

She learned that the intestine is 8 meters long but admitted “the pictures didn’t come out so well.”

What is a colonoscopy?

A colonoscopy is a screening test often performed by a doctor who specializes in the gastrointestinal tract. The screening is done a person who does not have any symptoms to look for disease, according to the Centers for Disease Control and Prevention (CDC).

“There are multiple ways to screen for colon cancer, including colonoscopy, stool tests and by imaging (virtual colonography),” said Dr. Avinash Ketwaroo, gastroenterologist and associate professor of medicine at Yale School of Medicine in Connecticut.

“Colonoscopy has the advantage of allowing for the detection and removal of precancerous polyps during the same procedure.”

Nearly all colorectal cancer develops from abnormal growths in the colon or rectum, which are known as precancerous polyps, per the CDC.

The health agency noted that a colonoscopy will show if there are any precancerous polyps — so that those can be removed before they have a chance to turn into cancer. 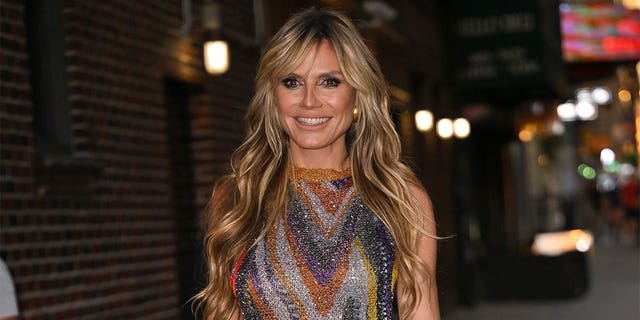 Heidi Klum discussed her recent colonoscopy. Doctors say it is generally safe and well tolerated by most patients — and is a critical screening tool.
(James Devaney/GC Images)

“Colonoscopy has the advantage of allowing for the detection and removal of precancerous polyps during the same procedure, and therefore can prevent colorectal cancer,” said Dr. David Greenwald, director of clinical gastroenterology and endoscopy at Mount Sinai Hospital in New York.

Benefits outweigh the risks for most people

Greenwald told Fox News Digital that a colonoscopy is generally safe and well tolerated with minimal risks, though there are some complications to be aware of before consenting to the procedure.

These include complications related to sedation and bleeding risks as well, “which is estimated to occur in about one in 1,000 procedures.”

“For colonoscopy, the benefits of detecting and preventing colorectal cancer are substantial and far outweigh the risks.”

Because a scope is passed into the colon, another rare complication is “perforation, or making a hole in the intestine, which occurs in about one in 3,000 to 1 [in] 5,000 procedures.”

Greenwald said that “all medical procedures have risks. For colonoscopy, the benefits of detecting and preventing colorectal cancer are substantial and far outweigh the risks.”

Still, many patients are cautious about having a colonoscopy because the colon needs to be cleared of stool. The preparation requires frequent trips to the restroom prior to the procedure.

“Preparation for colonoscopy is often considered to be the worst part of the procedure — comedians have made entire routines about this very topic,” Greenwald added. 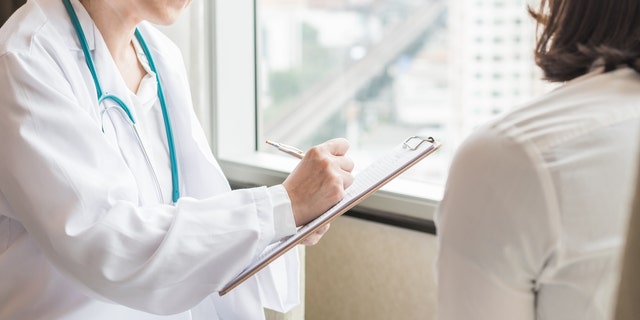 Although other screening tests are available to detect polyps, a colonoscopy needs be performed later to remove them if a polyp is detected during the test.
(iStock)

“However, newer and better tasting preparation solutions are available, and it is possible to achieve complete colonoscopy preparation with lower volumes of fluid than was previously thought.”

And when the “prep” is then complete — with that lower volume of fluid and better tasting solutions — it is generally “not as bad as people are expecting it to be,” Greenwald noted.

But some people would just rather choose a less invasive screening approach.

Stool tests and other screenings

Greenwald told Fox News Digital that although other screening tests are available to detect polyps, a colonoscopy needs be performed later to remove them if a polyp is detected.

Some less invasive screening tests are the stool-based tests that look for blood in the stool, such as FIT, or fecal immunochemical testing, he added.

“Colonoscopy remains the most effective way to reduce your overall risk of developing colon cancer.”

These tests are generally done annually; a patient receives a test kit and uses a stick or brush to obtain one or more small stool samples, according to the CDC.

The samples are then returned to a lab, where they are checked for the presence of blood.

Another type of stool test is known as FIT-DNA testing that looks for both blood in the stool and “abnormal pieces of DNA that might come off polyps or cancer,” which is commercially known as Cologuard, Greenwald noted. 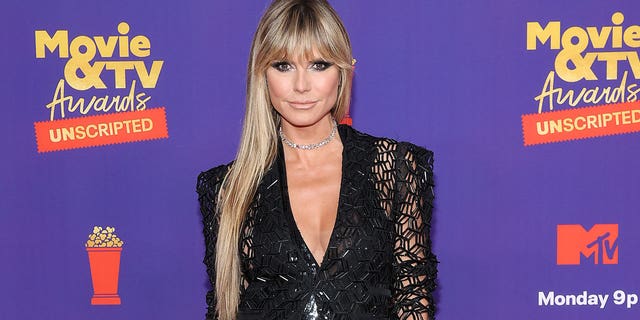 In this image released on May 17, Heidi Klum attends the 2021 MTV Movie and TV Awards: UNSCRIPTED in Los Angeles, California.
(Amy Sussman/Getty Images)

This test, which is done once every three years, requires the patient to collect a complete bowel movement, which is then sent to a lab to look for “altered DNA” and for the presence of blood, per the CDC.

“Colonoscopy remains the most effective way to reduce your overall risk of developing colon cancer,” said Ketwaroo. “It allows us to find precancerous polyps and remove them, and to identify colon cancer earlier when it is more easily treated.”

It’s a more efficient “one-step approach” compared to the “two-step approach with stool-based testing, where if the stool test is abnormal, the second step, a colonoscopy, is then necessary to complete the screening continuum,” Greenwald added.

When should you get a repeat colonoscopy?

A colonoscopy is generally recommended every 10 years in average-risk individuals by national guidelines, Greenwald noted.

But stool tests, however, need to be done more frequently to be as effective.

Klum admitted she was “a little late to the party” to get a colonoscopy because she’s turning 50.

“Recently, the recommended age to have your first screening test was lowered to 45 from 50 years of age,” Ketwaroo said.

“This reflects a growing awareness of younger patients [having] colon cancer.”

Klum said her colonoscopy was normal.

But if a colonoscopy shows precancerous polyps — then, depending on the type of polyp, “a shorter interval, often three or five years, is necessary when colon polyps are detected on the initial exam,” Greenwald noted.

“Patients who have colon polyps once are at higher risk for having colon polyps subsequently and require more intensive surveillance.”

Study: Risk of colorectal cancer rises for men who eat…

Writing a great business story: how smarter finance from…

TikTok, Snapchat and Twitch could face fines under strict…