Coronavirus: Mistakes have cost lives, but what Johnson does next will define his COVID legacy

From the intensive care unit to the maternity ward, the prime minister’s colourful personal life has helped create the impression that the UK has handled “phase one” of the coronavirus crisis chaotically.

In truth after the horrific shock of the unforeseen pandemic, events in this country have been almost predictable.

I doubt they would have been much different whoever was in charge or whichever political party they belonged to.

Irrepressible components of the national DNA have determined what has happened to us so far.

What happens next though will test Boris Johnson’s judgement profoundly. He is wisely taking his time before the deadline of 7 May, a week today, when, by law, he will have to explain how he plans to lift the country out of lockdown.

First let’s look back at ‘phase one’ which is now entering its seventh week and is not yet over. We have learnt again that the NHS is a world class public health service when it comes to responding to an emergency, populated by dedicated, skilled and compassionate staff prepared to risk themselves for the benefit of others. 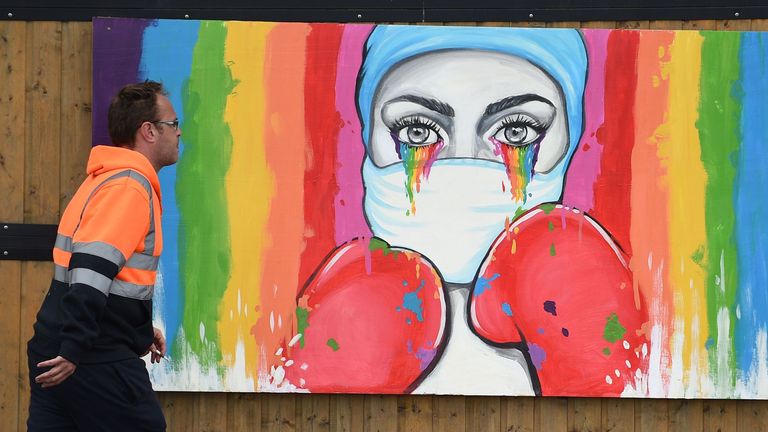 We have also seen that a UK government of any colour will find the cash to support it when a crisis hits. Normal times are different. The NHS has never been able to invest comprehensively either in preventative medicine or in building up spare stocks for when calamity strikes – hence the shortage of PPE and ventilators in this case.

Conversely, high mortality of residents and staff, and what can at best be termed confusion about access to tests, PPE and hospitals has confirmed that the care sector is indeed a Cinderella service.

Compared to the NHS, the hotchpotch of public and privately supported care homes are underfunded and often overlooked. This was known before COVID and it can only be hoped that it will be addressed qualitatively after the outbreak.

Coronavirus UK tracker: How many cases are in your area – updated daily

The UK was also slow to impose a lockdown. Perhaps a week late, with hindsight. It seems clear that this delay cost thousands of lives. But this was doomed to happen. Like the mayor in Jaws, who Boris Johnson has often cited as his political hero, politicians will nearly always be reluctant to shut down economic activity until they really have to.

What Mr Johnson jokingly referred to as “the inalienable right of an Englishman to go to the pub” also comes into play. In free societies governments are naturally reluctant to curb their voters’ liberties. They also worry, as they did this year, about the extent to which the public will obey and make such measures effective.

It should be noted that neither the scientists advising the government nor opposition leaders were calling for a lockdown until the government actually put it in place. To do so would have taken an exceptionally courageous and convincing leader and they are usually in short supply.

That’s how the UK got here – with a relatively high death rate though not a catastrophic one compared to previous pandemics. It is also not so very different from the toll in comparable countries such as the US, Italy and France. It appears that countries with large metropolitan conurbations have been hit hardest.

The next moves are up to the government and especially the prime minister. These hard choices are certainly not what Boris Johnson could have been expecting to face when he won the general election in December. Whatever may have happened in phase one, he will be held accountable for phase two.

There have already been significant indications of the measures the government plans to take, even before a convalescing prime minister stood in Downing Street to declare that “now is not the time” to return to life as normal.

In his economic rescue package Rishi Sunak, the Chancellor of the Exchequer, made it clear that he was putting emergency measures, such as job furloughs, into force initially for three months. That takes us to mid June.

The economic impact may be dire, and more people have been put in the scheme than expected, but the Treasury has already “priced in” a slowdown of this length. 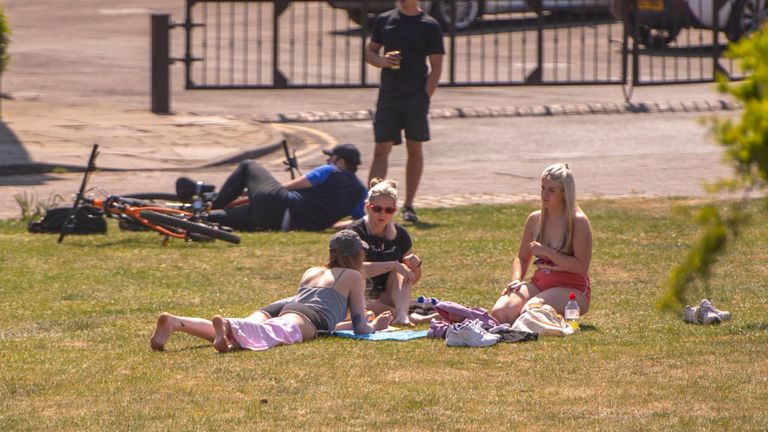 But ministers led by Education Secretary Gavin Williamson have repeatedly brushed this aside. The take-up of places for the children of key workers has been patchy, and it’s already clear that many parents, grandparents and guardians are reluctant to start frequenting school gates early this summer.

The leaders of the Scottish, Welsh and Northern Irish governments as well as England’s big city mayors have already made it clear that they are reluctant to go it alone. Reopening of “COVID-free” regions seems unlikely – even if it could be identified where they are.

One of the greatest posers is what to do about public transport and trains and buses that are often crowded in normal times.

Nicola Sturgeon and Sadiq Khan favour the wearing of face coverings to prevent transmission. Central government argues that the surest way to stop passing the virus on is for infected people to stay at home.

Until the chances and rate of infection are much lower, the government is not going to urge a return to mass movement. Mr Johnson simply can’t afford another “spike” in phase two – economically or politically. 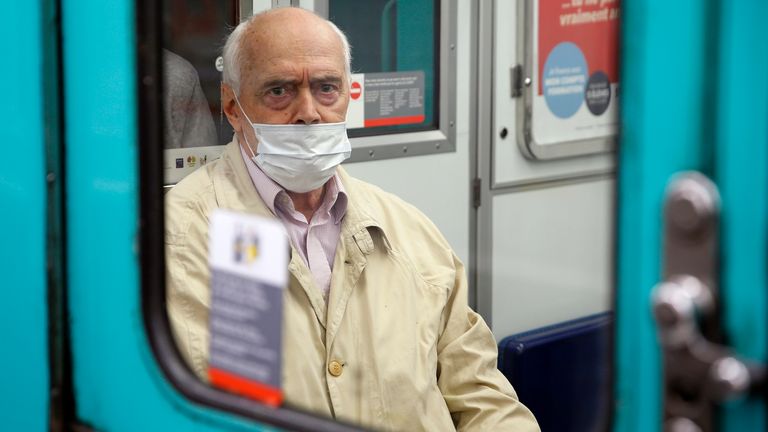 But people are getting fed up, businesses are getting worried that they won’t survive, and the pressure is mounting on the government. Mr Johnson will have to come up with something next week.

Most likely he’ll promise more significant changes at the end of next month and modest experiments, so-called “baby steps”, for now.

Some non-essential shops and businesses are already opening up, providing that they can maintain social distancing. Outdoor garden centres may get the thumbs up. There will probably be a little more flexibility governing social contacts between households that have been in isolation.

But don’t expect pubs, cinemas, or stadiums to open up any time soon. The prime minister’s announcement next week will be followed by a special Bank Holiday on Friday. It won’t feel like one.

The government has already redrawn plans so that Britons will celebrate the 75th Anniversary of VE Day – victory in Europe in what Jonson calls simply “the war” – virtually at home, protecting the NHS and saving lives.