Weekly earnings – excluding bonuses – rose by 3.8% in the three months to November compared to the same period a year earlier, according to the Office for National Statistics (ONS).

But that was a slowdown compared with the previous month, and with inflation climbing to a ten-year high the rise was cut to zero in real terms, the ONS said.

For November alone, workers suffered a real terms pay cut of 1% – the first such fall since July 2020.

Inflation is forecast to climb further this spring, adding to the squeeze.

The latest labour market data revealed a brighter picture for unemployment, which dropped from 4.2% to 4.1% while the redundancy rate sunk to a record low.

Meanwhile, the number of job vacancies in the three months to December rose to a record 1.247 million and, though the rate of growth in vacancies has been slowing, there are now 4.1 openings for every 100 employee jobs – also an all-time high.

Chancellor Rishi Sunak said: “Today’s figures are proof that the jobs market is thriving, with employee numbers rising to record levels, and redundancy notifications at their lowest levels since 2006.” 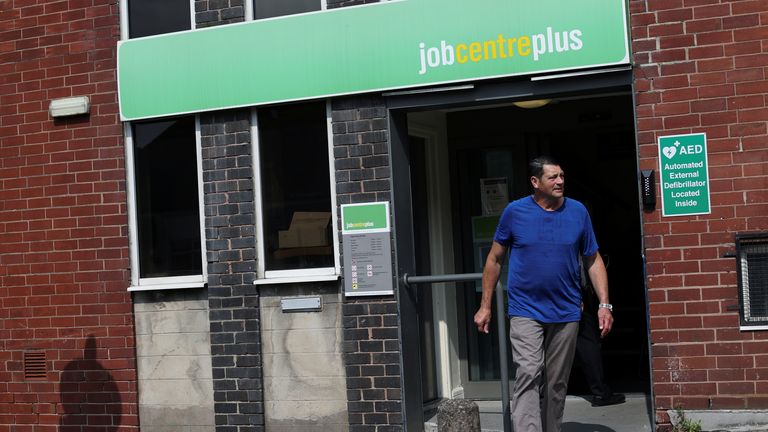 The Resolution Foundation, a think-tank, said it was the third time this decade that households were experiencing shrinking pay packets and that the squeeze was likely to worsen before starting to ease in the later half of this year.

TUC General Secretary Frances O’Grady said: “While it’s good to see employment continuing to rise, on pay it’s the same story of a squeeze on workers.

“Working people deserve a decent standard of living and a wage they can raise a family on.”

Official data published on Wednesday is expected to show inflation in December remaining close to the 5.1% level reached the month before.

It is expected to hit 6% in coming months – which would be the highest level for three decades – as the impact of an expected energy bill hike in April bites.

ONS data shows that the last time Britain last saw a real terms fall in wages was in mid-2020 as earnings were affected by the coronavirus pandemic with many on furlough or working reduced hours.

Prior to that they saw a squeeze for most of 2017 and into the start of 2018 and before that wages were mostly falling in real terms for a prolonged period stretching from the financial crisis in 2008 into late 2014.

Binge eating disorder may be eased by deep brain…

Live: EU leaders turn their attention to the cost of living…