Euronews will host a debate on COVID-19

It’s been more than two years since the COVID-19 pandemic upended society as we know it, forcing governments to rethink the importance of health policy.

While the virus is still present, much of the world has tried to move on, even as infections and hospitalisations continue to rise and fall.

Europe quickly became one of the early epicentres of the pandemic in 2020, with Italy the second country to implement strict lockdown measures after China, and so the European Union took centre-stage to help member states with the fallout.

But the bloc also faced criticism over member states’ unilateral actions to close borders and the EU’s early struggle in the vaccine rollout.

So what can we learn from these past years of living with COVID-19 and how can that help us to be healthier in the future?

These are the key questions that Euronews will address in a debate on 29th June in association with the European Health Parliament initiative entitled European Health Policy – recommendations for a healthier future.

Alongside guests from European institutions and civil society, we will look at the lessons learned from the pandemic and the challenges of transforming the healthcare system for the better.

One main theme is the impact that COVID-19 played on mental health and other illnesses.

In the first year of the pandemic, for instance, the prevalence of anxiety and depression increased by 25%, according to the World Health Organization (WHO).

One of the major factors, the WHO said, was the increase in stress due to social isolation during multiple lockdowns across the world. Young people were among the worst impacted by the stress of the pandemic.

The disease also caused disruptions in health services for other illnesses — putting a spotlight on overstretched health systems across Europe.

The debate will also consider the future of healthcare in the European Union including the Commission’s proposal to digitalise health data.

They say it will allow citizens to better access their health information and will save money for the bloc. 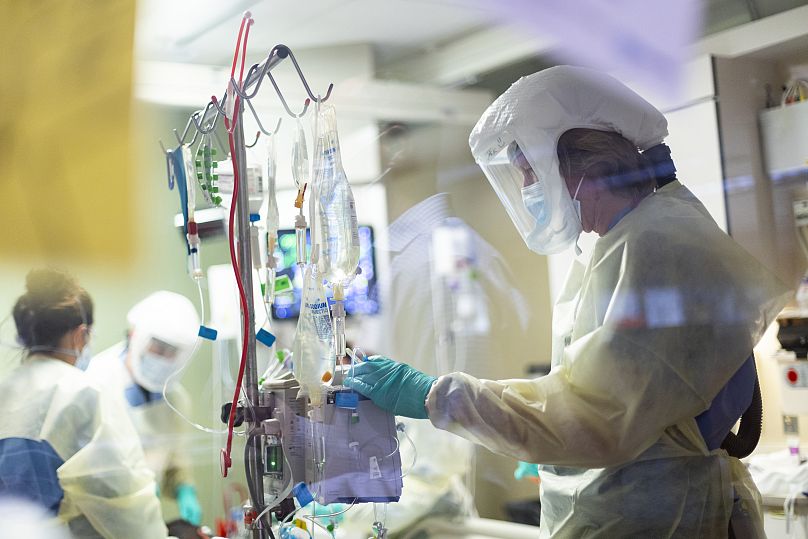 These guests will join the debate moderated by Euronews’ Stefan Grobe.

Gallina is the Director-General of the European Commission’s Directorate-General of Health and Food Security (DG SANTE). Gallina oversees the EU’s policies on food safety and health and the implementation of all related laws.

Under her leadership, the European Commission spearheaded the joint procurement of COVID-19 vaccines, established the Health Emergency Preparedness and Response (HERA) and launched the new EU4Health programme, set to run from 2021 until 2027.

Sokol sits with the Committee on the Internal Market and Consumer Protection (IMCO) and the Special Committee on the COVID-19 pandemic: lessons learned and recommendations for the future (COVI).

Since entering the parliament in 2019, Sokol has been deeply involved in EU health policy and has advocated for the use of cohesion funds as a tool to address healthcare disparities across the bloc.

Toma is the Executive Director of the European Patients Forum (EPF), an independent non-profit, non-governmental umbrella organisation that includes 77 patient organisations at EU and national level.

Varntoumian is the President of the seventh edition of the European Health Parliament (EHP) and a senior policy officer at the European Cancer Patient Coalition (ECPC).

Varntoumian has been working for the past four years in oncology, a career path she took up after losing several family members to cancer. Varntoumian is also a board member at the Institute of Cancer & Crisis and Advisory Council member in Jourdan-Saint Pierre in Etterbeek-Brussels.

Queen Elizabeth II: Royal Family gather by monarch’s side as…