COVID-19: UK’s travel rules have changed – which countries are on the red list and what else is there to know?

New rules for travel have come into force – and they are set to remain in place until the New Year.

The new system is designed to make holidays easier and cheaper.

The old traffic light system of red, amber and green countries has been replaced with just a red list and a “rest of the world category”.

People who are fully vaccinated will not need to take a pre-departure test before they arrive back in England from anywhere in the “rest of the world” category.

And from later this month, the PCR test taken on the second day after arrival will be replaced “with a cheaper lateral flow” one, the Transport Secretary said.

Grant Shapps said of the changes: “With half-term and winter sun around the corner, we’re making it easier for families and loved ones to reunite, by significantly cutting the number of destinations on the red list, thanks in part to the increased vaccination efforts around the globe.”

He added that they were designed to “restore people’s confidence” and “rebuild our economy”. 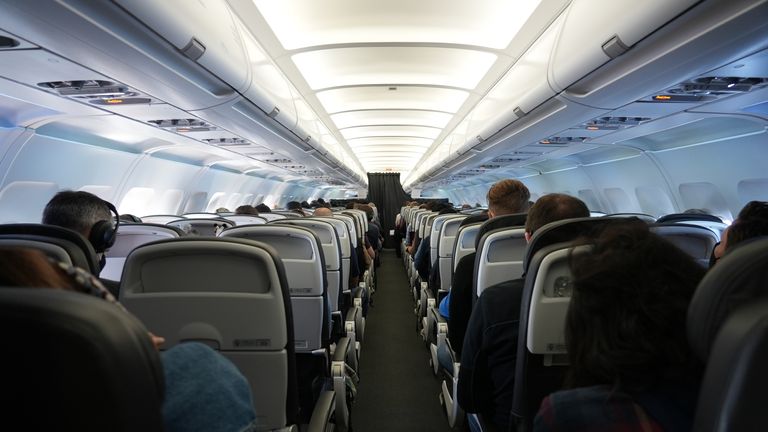 From 4am on Monday, 11 October, only seven countries will remain on the red list. They are:

Residents who are fully vaccinated no longer need to take a pre-departure lateral flow test before they return to England from a non-red list country.

They will still need to take a test on the second day they are back, but from the end of October this no longer has to be a paid-for PCR test and can be a lateral flow one instead.

Chinese spy Christine Lee operated out in the open, damaging…

The government has confirmed people will be able to take pictures of their negative lateral flow results to prove they have not contracted COVID.

The changes are expected to come into force at the end of the month.

Health Secretary Sajid Javid previously told Sky’s Trevor Phillips On Sunday: “The cost that generates for families, particularly families just trying to go out and holiday, you know we shouldn’t be keeping anything like that in place for a second longer than is absolutely necessary.”

Those who are unvaccinated still need to take a pre-departure test before travelling back to England, and still have to purchase a PCR for their day-two test.

A 10-day home quarantine is also still mandatory for people who are unvaccinated – regardless of where they have travelled from.

They can pay for a PCR test on day five if they want to end their quarantine early as part of the government’s Test to Release scheme.

From 11 October, the government is increasing the number of countries whose vaccination programmes it recognises.

Fully-vaccinated arrivals from 37 new countries, including Brazil, Hong Kong, India, Pakistan, South Africa and Turkey, will be treated the same as double-jabbed Britons.

This means they will not have to quarantine or take a day five PCR test – just a test on day two.

What happens if you come back from a red list country?

Anyone returning from a red list country is still required to pay £2,285 to quarantine for 11 nights at a government-approved hotel.

What happens if a traveller tests positive when returning to the UK?

Anyone who tests positive needs to isolate and take a free confirmatory PCR test.

This would then be genomically sequenced to help identify new variants.

Will the new rules apply to the whole of the UK?

The travel changes only apply to England.

But Scotland has announced it is also scrapping the requirement for vaccinated people to provide negative coronavirus tests before they arrive.

Scottish First Minister Nicola Sturgeon said on 28 September that she would make the changes “with some reluctance”, but added: “We have also considered the practical consequences of not having an aligned position.

“In particular, we have to be realistic about the fact that people living in Scotland could decide to return here via airports based in England, if different rules are in place for Scottish airports.

“The result of this would be a disadvantage to our aviation and travel sector, but without any significant public health advantage.”

Are the rules the same for leaving the UK and returning from other countries?

The rules only apply to those flying back to the UK.

Towards the end of October, passengers who change flights or international trains during their journey will be able to follow the measures associated with the country they originally departed from, rather than the countries they have been through as part of their journey.

However, a date for this has not yet been confirmed.

Passengers should continue to check GOV.UK travel guidance to keep up to date with entry requirements into the UK here.
Source

Migrant crisis on Belarus-Poland border has been…