It’s plan A all the way, Sajid Javid insisted last night at an otherwise sombre press conference at which he warned case rates could reach 100,000 this winter.

Health minister Edward Argar reiterated the point again this morning, saying “I don’t think we are at that point yet” when asked about bringing in the Plan B measures laid out by the prime minister five weeks ago, which include mask-wearing, working from home and behaving more cautiously.

Arguably, a significant step towards that cautious behaviour was taken yesterday as Mr Javid called on the public to wear masks – even though he conceded politicians needed to set the example of this – mix outdoors when possible, and take lateral flow tests.

The government message is, as I reported yesterday, that the booster programme needs rocket boosters put under it, as does the vaccination of younger teenagers of whom 85% are unvaccinated.

Tony Blair, whose Global Institute has produced a paper on COVID, has called for mandatory masks and vaccine certificates for mass gatherings “out of an abundance of caution”.

He suggests a target of half a million booster jabs a day, and half of 12 to 15-year olds to be jabbed by 1 December. “The risk is there now,” the former PM told Sky News.

“Once well ahead of the rest of Europe, we’re now behind Germany, France and Italy in terms of cases and even vaccinations.”

Mark Harper, the former cabinet minister who heads the lockdown-sceptic Covid Recovery Group of Tory MPs, expects significant pushback from the public as well as MPs to even lower-level measures.

“Social distancing and working from home are not small tweaks, they are a recipe to destroy the hospitality industry and transport and all those who depend on people going physically to work”, he told me.

“The furlough scheme has ended, and we don’t have the money to crank it up again if these businesses start to run out of cash.”

Health minister Edward Argar rebuked NHS leaders today, saying: “We are seeing pressure in hospitals, we have got a challenging winter coming with COVID and the resurgence of flu and other seasonal infections…but we are not seeing unsustainable pressure.”

He pointed out that there are 95,000 hospital beds of which just 7,000 are occupied by Covid patients.

He also denied the government was contemplating what the Daily Telegraph has dubbed ‘Plan C’ measures, to put restrictions on social mixing.

Ministers are desperate to avoid another lockdown and know restricting gatherings in homes but not pubs and restaurants would appear inconsistent. 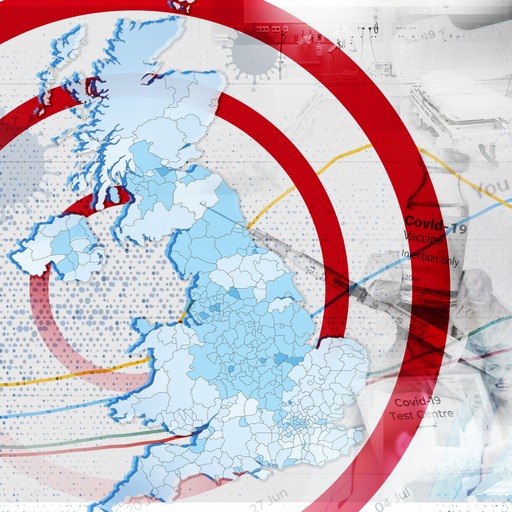 COVID cases where you are

Labour shadow ministers have been on the airwaves criticising the sluggish rollout of boosters and the government failing to follow the party’s calls for masks and ventilation in buildings – but they are not planning to call for full Plan B for now.

But he warned “I feel very worried. I don’t care whether you call it Plan A, B, C or D. The new slogan of living with the virus sits very uncomfortably with how we normally practice medicine and medical research. We don’t normally tolerate avoidable deaths, which would be easily avoidable with quite simple mitigations.”

A lot of MPs feel that none of these decisions are simple.

Study: More than 1 in 7 teens, adolescents in U.S., Canada have vaped…

Giant iceberg the size of Sydney breaks away in Antarctica…