A second hand shop in the Czech Republic

For Czechs, buying used goods has typically been taboo and while second-hand stores aren’t uncommon, few people readily admit to shopping in them.

“People usually share their enjoyment of shopping for second-hand clothes only with a circle of family and close friends,” concluded a 2019 study on Czech shopping habits, authored by the analyst Marketa Rulikova.

“Not wearing brand new (and brand-named) garments also suggests, for many Czechs, an inability to provide for the family, a too familiar distress remembered from the socialist past.”

But the economic impact of the COVID-19 pandemic, topped by spiralling inflation and energy prices, has led to a second-hand shopping spree.

“We have never had such takings as in these past few months,” says Monika van den Berg, of Moment Czech Republic, an NGO that runs several second-hand, charity shops across the country.

“We think that the boom is partly caused by our offer,” says van den Berg. “We sell clothing of the best quality and very good brands due to the way we sort donated clothing.”

“The customer gets very good quality clothing for a minimum price,” she said. Because the clothing has been worn yet is still in good nick, it’s a sign of good material.” 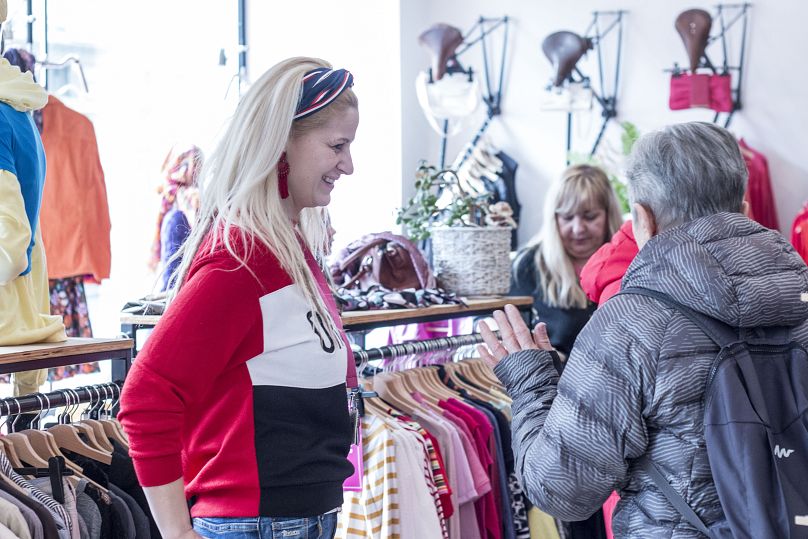 The most obvious factor, though, is cost.

Inflation has been soaring since the turn of 2022. It was up to 17.2 per cent in June, the highest on record. Economists predict it could still climb higher.

At the same time, energy prices are also rising and there’s a widespread sense that things will get much worse as winter nears. As of June, Czechs were as pessimistic as they have been for more than a decade about the future of household consumption and saving, according to the OECD’s consumer confidence index.

Naturally, more consumers have turned to second-hand goods as they tighten household spending.

Clothing prices, for instance, are currently up by 19.9 per cent and footwear by 15.4 per cent compared to last year, according to the latest data from the Czech Statistical Office.

“People in the Czech Republic have been increasingly worried about their financial situation, trying to spare every haler,” said Lukáš Kovanda, chief economist with Trinity Bank. “They limit especially spending on non-essential items and clothes, garments or shoes are among them.”

“This trend will be even more pronounced in coming months and quarters as the overall economic situation in the Czech Republic further deteriorates, possibly leading to a considerable surge (in the) unemployment rate next year,” he added.

But brick-and-mortar stores aren’t being overrun by discount hunters.

As people are tightening their belts, companies are also making it easier to search online for second-hand bargains. Many thrift shops now advertise their wares on social media. Some have online stores. Traditional vendors of new and branded clothing are also getting in on the second-hand market.

In April 2021, the Germany-based online retailer Zalando, which sells across Europe, launched its website’s “pre-owned” category in the Czech Republic.

By adding this section, “we can bridge the gap between the fun of fashion shopping, freshness and self-expression, alongside more sustainable fashion consumption and unmatched convenience,” a Zalando representative told Euronews in a statement. 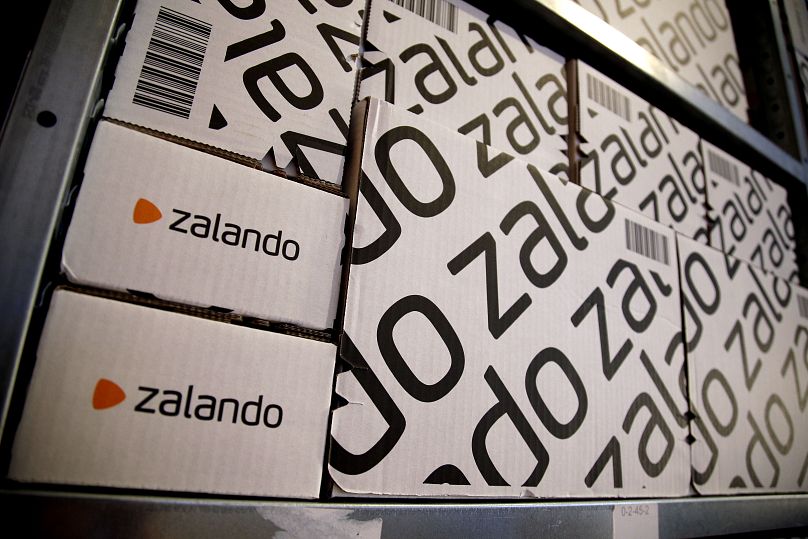 Since they launched the “pre-owned” section of the site across Europe in 2020, the category has grown from 20,000 to more than 400,000 items, including the Czech Republic, where “customers’ feedback… has been very positive.”

In some cases, such as for charity shops, goods are donated. Now online platforms are increasingly making it easier for people to sell their used goods to other buyers, taking advantage of the fast-growing e-commerce market in the Czech Republic, which saw a 14 percent jump last year to be worth around €9.1 billion, according to Heureka Group, one of Europe’s largest price comparison websites.

In 2019, Czech entrepreneurs launched Knihobot, an e-commerce platform that allows people to buy and sell used books. In 2020 it boasted profits of around €700,0000 crowns; last year it was up to more than €3 million. According to media reports, it aims for €12 million this year.

Vinted, a Lithuania-based online marketplace for buying, selling and exchanging goods, has around one million registered members using the Czech platform, which would be around a tenth of the country’s population.

“Platforms like Vinted can be a good place for people to mitigate the impact of inflation on their own pocket by selling things they no longer need, and we know people are motivated by the financial benefits of second-hand, as well as the environmental aspects,” says Lilly Berns, Vinted’s PR manager for Germany, and Southern and Eastern Europe.

There’s still room for expansion in the “re-commerce” sector.

Vinted, for instance, recently connected customers in the Czech Republic and Poland, meaning people in both countries can now buy and sell their second-hand goods to each other.

“Compared to the first-hand market, the second-hand fashion sector still has huge potential to grow, and we believe in its positive development driven by more and more people around the globe choosing pre-loved every day,” she added.

Beirut’s collapsing silos and the fading memory of a tragedy