Great Britain’s Lucy Renshall returned to her amazing run off form, catching Hungary’s Ozbas to defend her Antalya Grand Slam title from 2021. She has now earned her fourth Grand Slam Gold. The British woman is becoming the one to watch at in the -63kg class. Mr. Marius Vizer, president of the International Judo Federation, awarded the medals.

In the under 73kg category, young Georgian sensation Giorgi Terashvili took his first ever medal on the world judo tour, and it was gold. He earned it after defeating Italy’s Lombardo who had recently changed weight category. He was awarded his medals by Chairman of CEDCO Hungary Mr Michael Michaely.

A rollercoaster final saw France’s former -70kg World Champion Marie-Ève Gahié come from a score down to perform this sensational Ippon. After having missed the Olympic selection in Tokyo, Gahié seems to have found her focus.

COVID Vaccine in kids less effective against Omicron vs…

She was awarded her medals by IJF Director General Mr Vlad Marinescu.

There was a big shock as young Brazilian Guilherme Schmidt defeated the World Champion from Belgium, Mathias Casse on his way to the final. There he met the man who everyone had come to see, local hero and powerhouse Judoka, Vedat Albayrak. 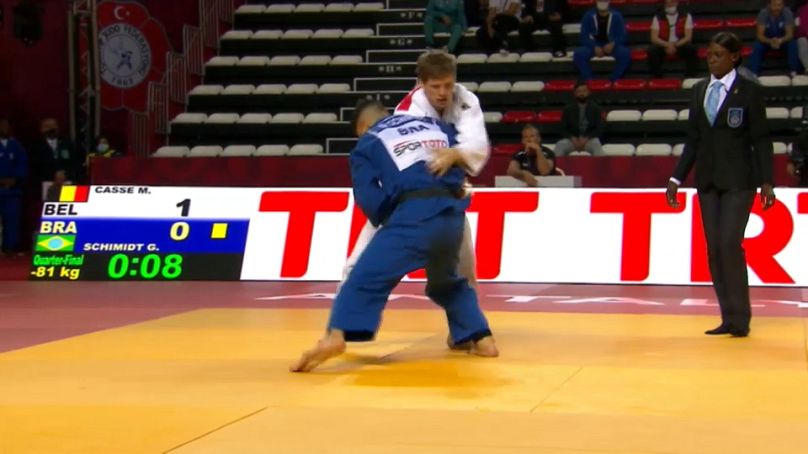 But Schmidt continued his incredible day, as he dashed the host nation’s hopes of a Gold, armlocking the Turkish Judoka to take his first ever Grand Slam medal with a fantastic transition to groundwork. The medals were awarded by Mr Yavuz Yükselir, President of Yükselir group

“I tried to keep calm and focus on the fight, especially when I was losing by a Waza-ari score. I had to work very hard to fight, and I’m delighted to get my first Gold medal”

Future of Turkish Judo is ready to go

There was still a lot for the local crowd to cheer for, as their entire home Judoka put in solid performances, both with exciting throws and also demonstrating they are no strangers to groundwork. Inspiring the young Judoka in attendance, the future of the next generation of Turkish Judo looks bright!

Commanders, ministers and bank chiefs: The EU goes after…

More than 40 countries will meet today in Germany for…