Day 2 of the inaugural Ulaanbaatar Grand Slam in Mongolia saw a majestic opening ceremony in front of a packed-out stadium. Performances in traditional Mongolian attire and incredible dances entertained both the locals and the international audience.

There to get the crowd ready for the judo were Mongolia Judo Association President H.E Mr Battulga Khaltmaa, and Director General of the International Judo Federation, Mr. Vlad Marinescu. 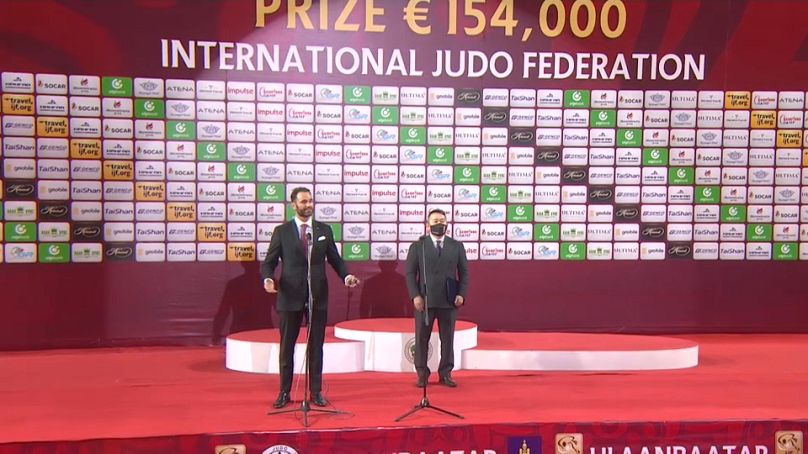 For the under 63kg category, Japan’s Nabekura Nami took the gold medal. Using a clever foot sweep, for which she is well known, she clinched the title and brought home the 3rd gold medal for her country in this tournament. 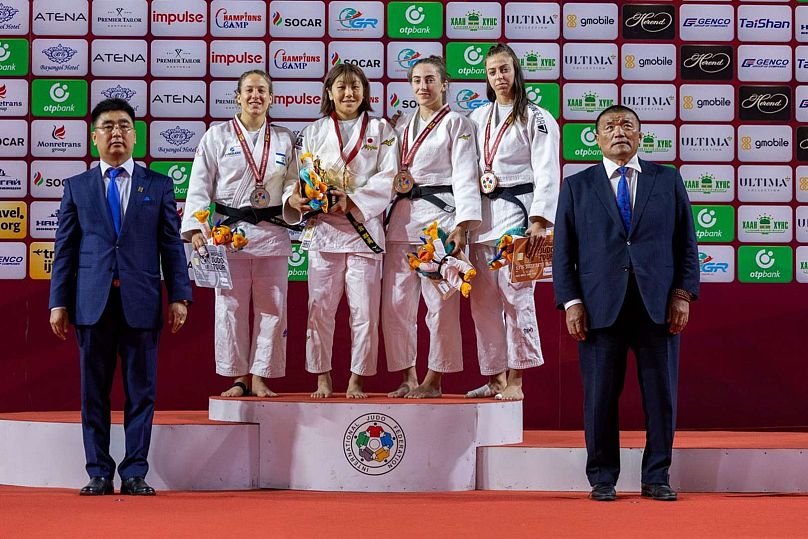 My favourite technique is Uchi-mata, but today my ashi-waza, such as ko-uchi-gari and ko-soto-gari was effective. I was able to show variations in my technique. It was a good experience overall”

All the talk of the day was about the return of Nagase Takanori, the current Olympic Champion for the under -81kg group. As this was his first tournament with the Gold back patch, he had a clear target on his back and was the one to beat. But the experienced Japanese athlete was calm and collected as always.

In his first heat, he executed a fantastic o-soto, a technique he is well known for, and started his day with a strong Ippon.

Next, he fought the young Korean Lee Joonhwan, in Lee’s second ever IJF tournament. And he shocked the Judo world, by catching Nagase with a fantastic dropping technique, typical of Korean judo.

Lee was absolutely delighted to put his name firmly on the map, and put the -81kg category on high alert..

He then took on Olympic Bronze Medallist Borchasvili in the final, and once again a lightning fast dropping technique won him the contest, and earned him his second gold medal in as many IJF tournaments. An incredible feat from the young Judoka.

I am so grateful that so many people cheered for me today. I will do my utmost to fulfil that expectation in the future!

The Mongolian team were here in full force, led by Tsend-Ochir Tsogtbaatar, their Olympic Bronze medallist. Some fantastic Judo earned him a silver medal, and created the momentum for the rest of the team to perform, using their unorthodox style to chase Judo’s ultimate goal: the Ippon.

2 fantastic days of Judo here in Mongolia, with the whole judo world holding its breath for the heavyweights tomorrow.

Steven Bartlett and other business heavyweights advise how startups…

Ukraine war: Russia ‘must not be responsible for starvation of…

China – US cooperation a step in the right direction,…