A woman walks past a McDonald's restaurant closed to visitors in St. Petersburg, Russia, Tuesday, March 15, 2022.

In the first month of Western sanctions against Russia, thousands of businesses stopped operations in the country either as a direct consequence, or because the public — their customers — had little appetite to see them make money while Russian troops continued the invasion of Ukraine.

Many companies were able to simply cease trading; others have rushed to divest their interests in Russia by selling shops, hotels, and factories; while some have had to cut their losses and leave.

“Companies are in a difficult position when they have a large amount of production in Russia,” says Peter Gabrielsson, Professor of International Marketing at the University of Vaasa in Finland.

“You cannot just suddenly stop the production and if you leave the country Russia has indicated they will confiscate the firm and the facilities there, so it’s really not easy to stop the operation,” he tells Euronews.

But what about the big-name brands, some of the most recognisable in Europe, that continue with business in Russia? Why haven’t they stopped their operations?

Professor Gabrielsson tells Euronews that there are “big risks” for companies that decide not to pull out of the Russian market, or are seen to be taking too long to make a decision.

“These well-known recognised global brands have this problem that consumers are making their own decisions. And if they don’t like what the brand is doing, they’ll stop purchasing so for sure there’s a big brand-related risk involved,” he says. 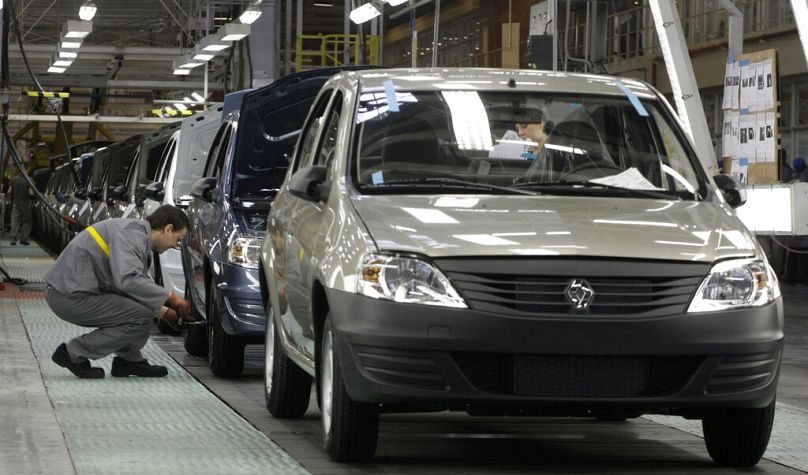 This week Ukrainian President Volodymyr Zelenskyy specifically called out several French companies including Renault who were still operating their plant in Moscow, which remained open while other brands like Volkswagen had already suspended their Russia business.

Earlier in March Zelenskyy also called out food companies Nestlé and Mondelez, consumer goods makers Unilever and Johnson & Johnson, European banks Raiffeisen and Societe General, electronics giants Samsung and LG, chemicals maker BASF, and pharmaceuticals Bayer and Sanofi, saying they and “dozens of other companies” had not left the Russian market at that point.

Some of those companies, like Samsung, have since suspended their operations in Russia.

Zelenskyy’s public shaming of the French car giant had an almost immediate effect as Renault announced it would stop manufacturing there, and reconsider its stake in the AvtoVaz company which makes Lada cars.

And the reason for the delay? Renault employs two thousand workers at its Moscow plant, while AvtoVaz has 45,000 staff — with the French company intimating it had to consider their interests and act “responsibly.”

British high street retailer Marks and Spencer has come under fire from politicians in the UK because its 48 stores in Russia are still open for business.

The company employs 1,200 staff there but the stores are actually licenced to a Turkish company which operates them under a franchise agreement — so even if M&S in the UK wanted to close the stores they physically can’t.

However, the company already suspended shipments of M&S goods to the Turkish franchise holder at the beginning of March so eventually stock supplies will dwindle on the shelves of Russian stores. Meanwhile, to show support for people in Ukraine Marks and Spencer is increasing its support to UNHCR and UNICEF in response to the refugee crisis. 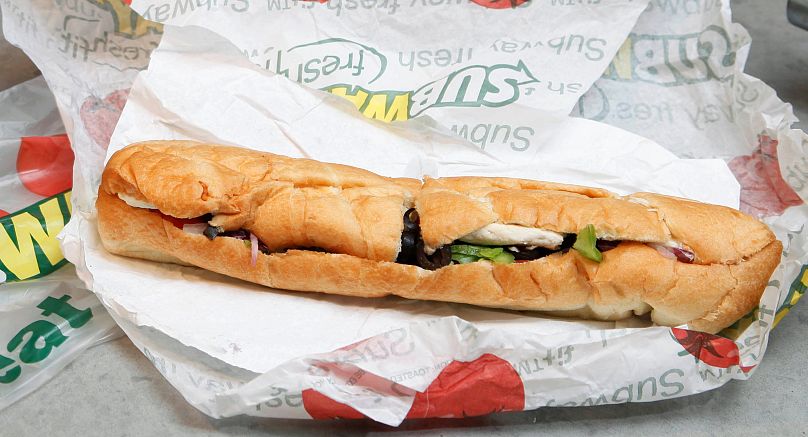 Other Western brands run in Russia as franchises are facing similar problems as Marks and Spencer, although it does depend on the franchise agreement.

McDonalds for example owns most of its outlets in Russia, employing 62,000 people in more than 800 locations. Earlier this month the corporation announced it would close them all down temporarily, but around 100 McDonalds restaurants in Russia are franchises so they remain open.

Customers can still eat at some 800 Burger King restaurants across Russia too, and that’s because those locations are operated as franchises in partnership with local Russian companies, and their deal makes it impossible just to walk away at short notice, even though they want to — and the partners have also refused to close.

Parent company RBI says it is trying to divest itself of Burger King in Russia but that this will take a while. In the meantime they’ve stopped all support for the Russia operations.

“Would we like to suspend all Burger King operations immediately in Russia? Yes. Are we able to enforce a suspension of operations today? No” says RBI President David Shear in a statement.

Sandwich chain Subway finds itself in the same situation, as it’s 450 outlets are all franchised so the parent company isn’t able to close them down. However in a statement Subway says any Russia profits will be put towards humanitarian support for Ukrainian refugees. 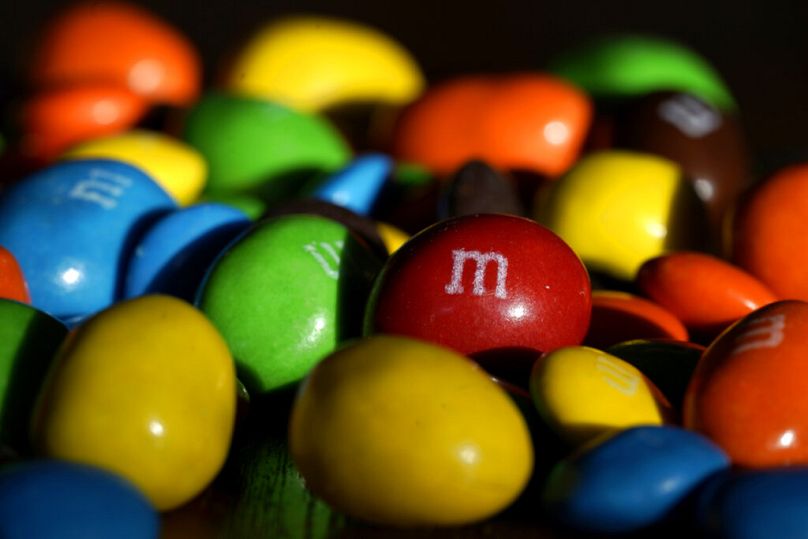 Nestlé is another brand that was criticised for being slow to close operations in Russia.

This week the Switzerland-based multinational food and drink company announced it would end most operations in Russia because of the Ukraine invasion — but will keep selling baby food and hospital nutrition.

The company also has almost 6,000 employees in Russia and tells Euronews: “We are in the process of identifying solutions for our people and our factories in Russia. We will continue to pay our people.”

Other major European and US consumer-goods companies say, like Nestlé, they’re scaling back business to focus on essentials, but haven’t completely exited Russia.

For example, candy and pet food company Mars, which has been in Russia for decades and has nearly 6,000 employees and several factories there, said recently that it would suspend new investments in the country as well as imports and exports into Russia, and pause ads and social media.

But Mars will continue to sell pet food and food, saying it has an “essential role in feeding the Russian people and pets”. Profits from the Russia business will go to humanitarian causes.

Climate change: COP26 is ‘make or break’ moment for dozens of island…