The Duchess of Sussex’s former aide regretted not giving evidence after the royal won her legal battle against a newspaper publisher, court documents say.

Three judges have retired to consider their judgement on the appeal against the ruling.

Meghan sued Associated Newspapers Limited (ANL), the publisher of the Mail On Sunday and the MailOnline, over five articles that reproduced parts of a “personal and private” letter sent to her father, Thomas Markle, in August 2018. 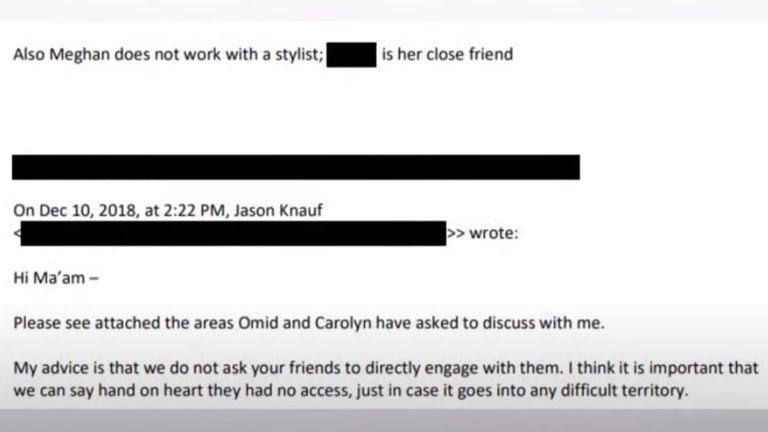 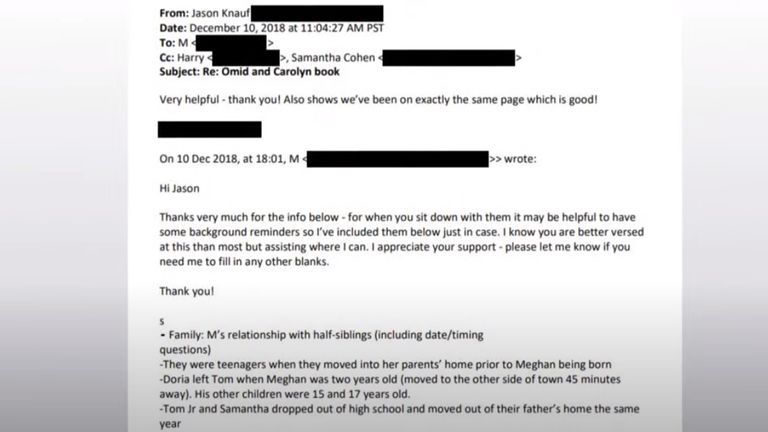 The High Court ruled ANL’s publication of Meghan’s letter to her father was unlawful. It meant that there was no need for a trial.

“Neither the wheelchair nor my disability has ever…

COP26: Why China, India and Australia are reluctant to ditch…

In an appeal this week Jason Knauf, a former communications secretary for the Duke and Duchess of Sussex, said in a witness statement that Meghan wrote the letter in question to her father in the knowledge it may be leaked.

The duchess apologised, saying she had “not remembered these exchanges” and added: “I had absolutely no wish or intention to mislead the defendant or the court.”

More documents were released which showed that ANL was contacted by a confidential source close to Mr Knauf after the ruling in Meghan’s favour, indicating the former aide regretted not giving evidence.

Before the judgement, Mr Knauf’s legal team told ANL that his position was “strictly neutral” and he did not want to be involved in the litigation.

After the result, ANL was contacted by the source and the legal team then approached Mr Knauf, who at this point wanted to give evidence.

Keith Mathieson, a solicitor for ANL, said: “Mr Knauf was plainly a central figure in the events he describes.

“He was a senior and trusted member of the royal household staff and he continues to occupy an important position as CEO of The Royal Foundation.

“His witness statement is measured in tone and he has been careful not to include evidence of matters beyond his own personal knowledge.

“Given the high profile nature of this litigation and the likelihood of his evidence (if admitted) being widely reported, as well as the position he holds, it is hardly conceivable that he would say anything he did not believe to be true and I know of nothing in his evidence which is subject to any reasonable challenge.”

Mr Knauf is due to stand down as CEO of the Royal Foundation at the end of thesis year.

Sir Geoffrey Vos, sitting with Dame Victoria Sharp and Lord Justice Bean, said they will take time to consider their decision and give their ruling at a later date.

Britney Spears conservatorship: As the legal arrangement looks set to end – what happens next?

COP26: Don’t mention the F words – the negotiating text has been published and diplomatic gloves are off

Migrant crossings: France’s ‘show me the…