The government has been accused of committing a “great train robbery” after Grant Shapps confirmed the eastern leg of HS2 has been scrapped and plans for Northern Powerhouse Rail have been downgraded.

The transport secretary told MPs that a new £96bn Integrated Rail Plan for the north and the Midlands will instead deliver “faster” train journeys both earlier and cheaper than the original HS2 plans would have done.

But a senior Tory criticised the government for “selling perpetual sunlight” and delivering “moonlight” for people in the North of England. 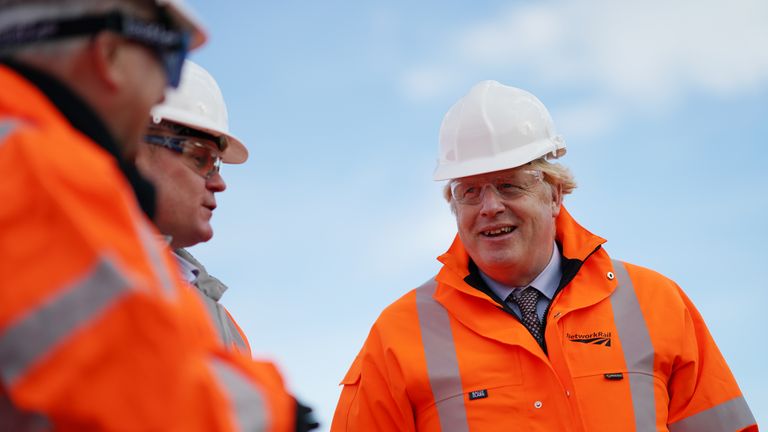 Prime Minister Boris Johnson described the announcement as “a much better plan” and said it was “total rubbish” to suggest he was breaking his former promises on rail connections.

But Labour leader Sir Keir Starmer said: “The North of England has been betrayed.”

Unveiling the new plan in the Commons, Mr Shapps confirmed that the eastern leg of HS2 will no longer go all the way to Leeds. It will instead stop in the East Midlands near Nottingham.

Plans for HS2 were originally meant to connect London with the city centres of Birmingham, Manchester, and Leeds.

The transport secretary told MPs the new £96bn rail plan will instead deliver three high-speed lines – HS2 Crewe to Manchester, Birmingham to East Midlands Parkway, Warrington to Manchester – but not HS2 to Leeds or Northern Powerhouse Rail Leeds to Manchester.

Justifying the revised project, Mr Shapps said it “will bring benefits at least a decade or more earlier”, adding that under the original scheme, HS2 would not reach the North until the early 2040s. 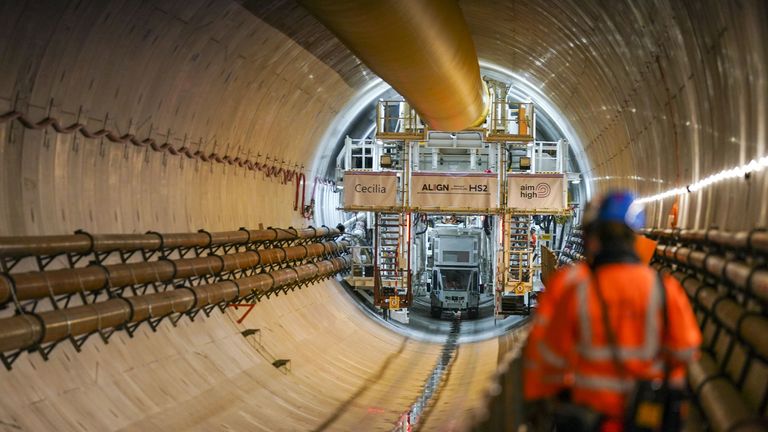 “We will provide a journey time of 33 minutes from Leeds to Manchester, a significant, a very significant, improvement,” he told MPs, adding that the new project “will provide a better service than the outdated plan for for HS2 a decade ago”.

But Conservative chairman of the Transport Select Committee Huw Merriman told the Commons the government’s new plan “compromises some fantastic projects that will slash journey times and better connect our great northern cities”.

Another Conservative MP, Craig Tracey, said it is “really difficult” to share the optimism in the announcement because it is “very disappointing to hear that HS2 will not be scrapped in full”.

Fellow Tory MP Robbie Moore pointed out that Bradford – the seventh largest city in the UK – will still not have a mainline station under the new plans.

“I’m deeply disappointed by today’s announcement. The Bradford district has been completely short-changed,” the MP for Keighley said. 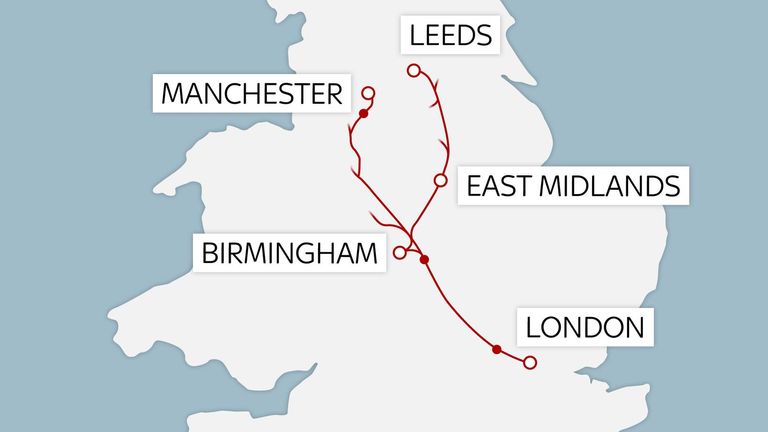 Conservative MP for Thirsk and Malton in Yorkshire, Kevin Hollinrake, added that the original HS2 project could have been a great economic boost for Bradford.

“This was the first test of levelling up and the government has completely failed and let down everybody in the North. You can’t believe a word the prime minister says.” 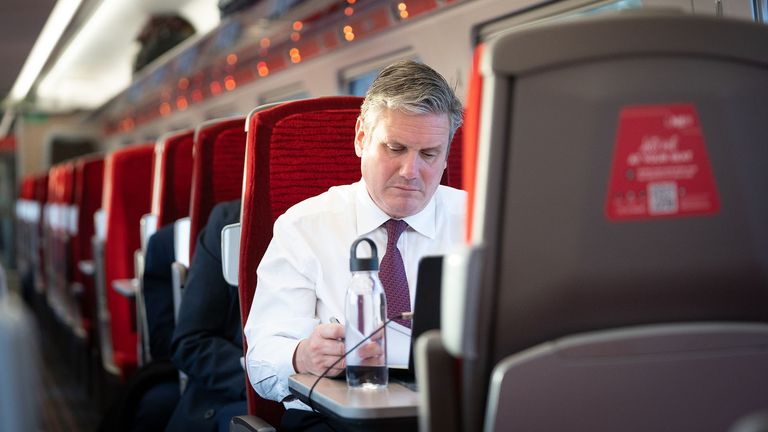 He accused the PM of breaking a promise to build the entirety of HS2 made “60 times” in the past few years, telling MPs: “We were promised a Northern Powerhouse, we were promised a Midlands Engine, to be levelled up. But what we have been given today is a great train robbery.”

Mr McMahon said most of the £96bn rail investment Mr Shapps confirmed is not “new money” and therefore amounts to “crumbs off the table”.

“He promised the North would not be forgotten. He hasn’t just forgotten us – he’s completely sold us out!,” the shadow transport secretary added. 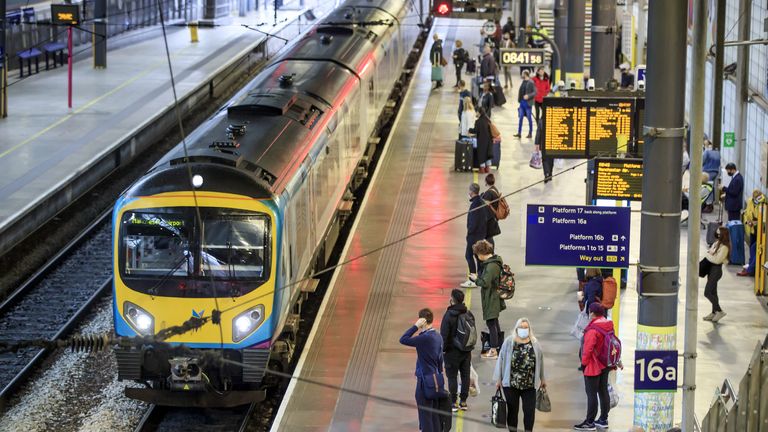 Labour former minister Hilary Benn accused ministers of leaving a “huge big hole in the middle” of the North of England.

And Labour MP for York Central, Rachel Maskell, said the announcement will be “a bitter blow” to her constituents and to the local economy.

“And there are lots of people who’ll say, ‘look, what we should do is carve huge new railways through virgin territory, smashing through unspoilt countryside and villages, and do it all at once’.

“The problem with that is those extra high-speed lines take decades and they don’t deliver the commuter benefits that I’m talking about. We will eventually do them.” 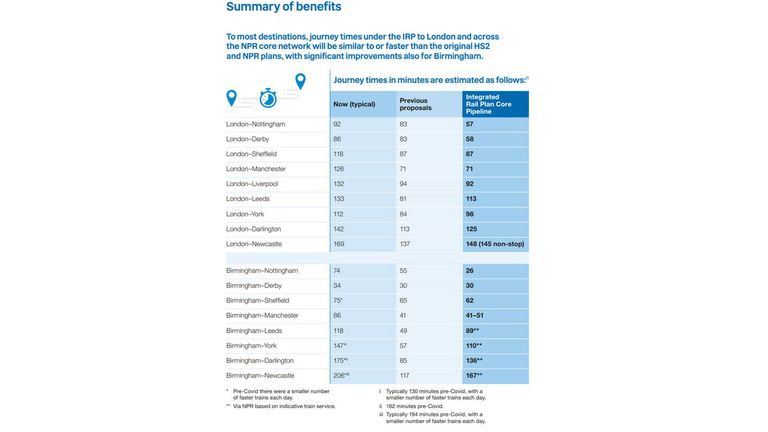 Mr Shapps added that the new “landmark” Integrated Rail Plan is an “ambitious and unparalleled programme” to overhaul inter-city links across the North and the Midlands – and said work will start “by Christmas”.

“This new blueprint delivers three high-speed lines. First, that’s Crewe to Manchester. Second, Birmingham to the East Midlands with HS2 trains continuing to central Nottingham and central Derby, Chesterfield and Sheffield on an upgraded mainline. And third, a brand new high-speed line from Warrington to Manchester and to the western border of Yorkshire – slashing journey times across the north,” the transport secretary told the Commons.

He added that it is “wrong” to say the government is just “electrifying the TransPennine route”.

“What we’re actually doing is investing £23bn to deliver Northern Powerhouse Rail and the TransPennine route upgrade, unlocking east-west travel across the north of England,” he told MPs.

The government will “study how best to take HS2 trains into Leeds”, Mr Shapps added.

He also confirmed £360m to reform fares and ticketing with the rollout of contactless pay-as-you-go ticketing to 700 urban stations, “including 400 in the north”.

Northern political leaders had warned the government will pass up huge economic benefits and betray promises to voters if, as expected, it cancelled the eastern leg of HS2 and a new Manchester-Leeds line. 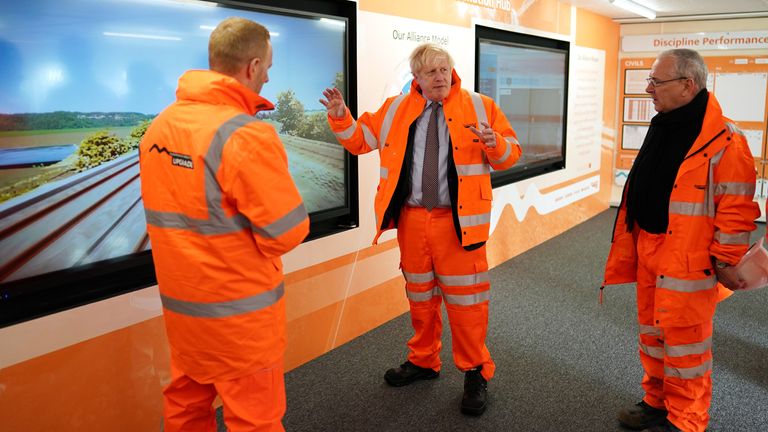 The Northern Powerhouse Partnership said the cuts, which will see upgrades on the existing trans-Pennine line, will save just £4bn, and short-change commuters and businesses.

“Watering down Northern Powerhouse Rail for the sake of only 10% of the overall original budget of £39bn is unforgivably short-sighted from the Treasury,” said director Henri Murison.

The cuts will raise questions about the prime minister’s oft-quoted “levelling up” agenda, designed to spread wealth beyond southeast England, leaving him vulnerable to a charge of breaking a promise to new Conservative voters in the north.

But, posting on social media, the PM said the Integrated Rail Plan is “levelling up in action”.

Rishi Sunak says government needs to ‘do better’ amid…

Risk of prostate cancer is higher among Black men, study…