England produced a sensational, record-breaking performance to stun rivals Norway as they progressed to the knockout stages of the European Women’s Championship as group winners.

The host nation broke their own tournament record to win 8-0.

Norway,  who are ranked 11th in the world, were outplayed, outclassed and completely stunned by an England team oozing confidence. 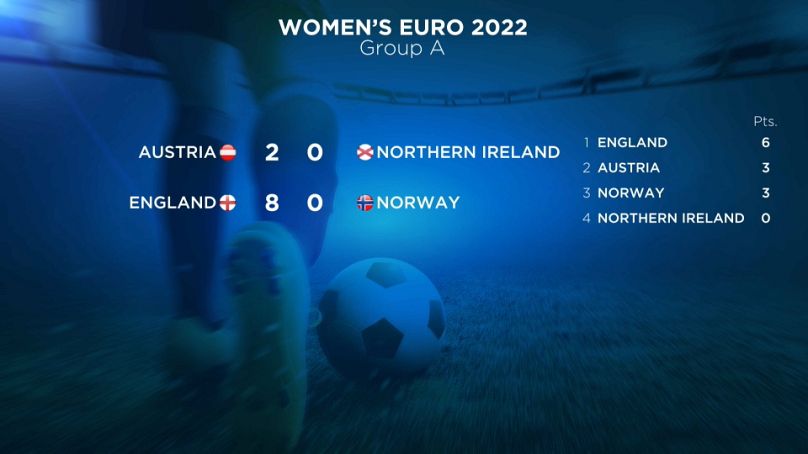 The other match in Group A saw Austria take down Northern Ireland notching up a 2-0 win. It means Northern Ireland will see their bid for Euro glory end in the group stages, with their final game against England on Friday.

Today’s matches are in Group B with Denmark against Finland and Germany taking on Spain.

Preemies who receive mother’s own milk may do better in school, study says

Study: Medicare could save billions by buying generic drugs…