Supporters of French President Emmanuel Macron celebrate in front of the Eiffel Tower.

Misleading claims of fraud have circulated in France after incorrect presidential election runoff results were displayed on television.

France 2 said that it had displayed incorrect provisional voting figures on the evening of the election due to a “computer error”.

The broadcaster has mistakenly attributed 14.2 million votes to winner Emmanuel Macron and 14.4 million to Marine Le Pen. According to the French Interior ministry, Le Pen ended the election with 13.3 million votes and just 41.5% of the vote.

The confusion led some social media users to falsely claim that the election runoff had been marred by voter fraud and that the far-right candidate “lost millions of votes” while the ballots were counting.

But France 2 has apologised and said its software had mistakenly counted some regional votes for Le Pen twice.

“A computer error led us to display incorrect figures during the France 2 election evening on Sunday 24 April,” the broadcaster said on Twitter.

Advising both Chinese state companies and the Pentagon,…

“The software that allows the channel to display the data from the Ministry of the Interior counted the votes in some communes twice for both candidates.”

“This error, noticed immediately, was later corrected,” the broadcaster added. 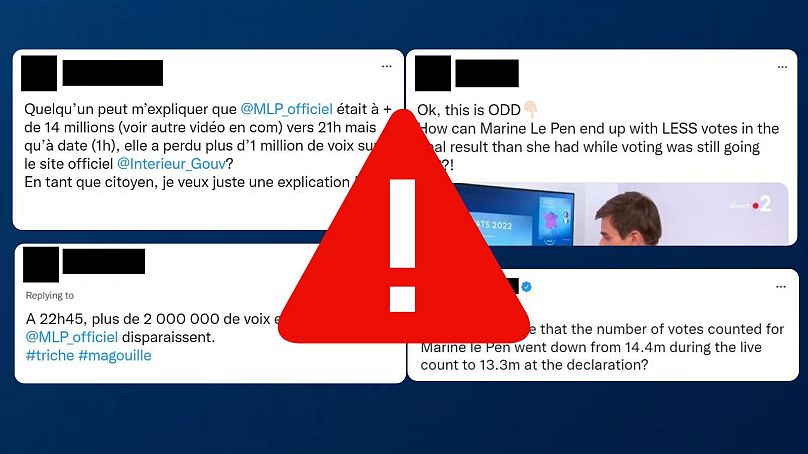 A number of misleading claims of “election fraud” went viral on Twitter, gaining thousands of likes and retweets.

It was not unusual that Martine Le Pen had led her centre-right rival during the election, due to her popularity in rural areas of France, where polling stations close earlier.

But according to final results published by the French Interior Ministry, Macron won with 18.7 million votes (58.5%).

Unfounded allegations of voter fraud have previously circulated around elections in Germany, the Netherlands, and the United States.

Enjoy an indulgent trip across Italy’s Food Valley with this…

Foreign sports stars must be vaccinated to compete in…