She competed as a Division 1 athlete, fought for social justice, earned two Emmy nominations for her work as an “Extra” correspondent, and made history as the oldest woman to ever win the Miss USA pageant. So why did Cheslie Kryst commit suicide at age 30?

Former 2019 Miss USA Cheslie Kryst took her own life Jan. 30, 2022, but her mother, April Simpkins, opened up about Kryst’s secret struggle with high-functioning depression this past Wednesday on “Red Table Talk” during her first interview since the tragedy, according to a USA Today report.

“Depression is not always marked by people laying in bed,” Simpkins said.

“There are people who are high functioning and getting through the day. Cheslie wore the face.”

Her mother told “Extra” that her daughter hid her struggle with high-functioning depression from everyone until right before her death, according to a February statement.

“High-functioning depression” is not a formal diagnosis found in the common handbook health care professionals use to diagnose mental health care conditions, known as the Diagnostic and Statistical Manual of Mental Disorders, Fifth Edition (DSM-5), according to Psychology Today.

It’s a colloquial term that means someone meets the criteria for depression, but functions on a daily basis without having their depression being apparent to others or even to themselves, said Dr. Jameca Woody Cooper, a psychologist and adjunct professor at Webster University in Missouri.

Simpkins said on “Red Table Talk” her daughter attempted suicide previously, but the experience brought them r, and started showing symptoms of depression in her early 20s.

“I wanted her to feel comfortable calling me: ‘If ever you’re in crisis, call me.’”

Kryst showed she was doing better: “She began taking all the right steps. She began seeing a counselor. She was getting good sleep at night. She knew all the things to do,” her mother said.

But Simpkins didn’t know the depth of her daughter’s depression, per USA Today.

“If you said to Cheslie, ‘Cheslie, how are you doing?,’ she would say, ‘I’m fine, how are you doing?’…and I think for so many, that’s why they feel like they were best friends with Cheslie because she was so intent on talking about them, not her,” Simpkins said.

Gaining a better understanding of high-functioning depression will show people can be ” … productive, make six figures, have the biggest house, a nice car, and be depressed,” said Montrella Cowan, a psychotherapist, clinical social worker and author based in D.C.

But the term can give the impression patients with high-functioning depression are suffering a less serious form of depression, per the Washington Post. 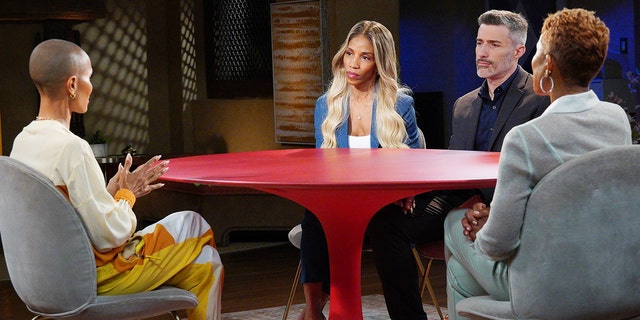 “Just because some people have personality traits that make them more able to function shouldn’t make them less likely to be taken seriously, and I’m afraid that’s what can happen if we start to really see this term ‘high-functioning depression’ used even more.”

Sometimes high-functioning depression is confused with persistent depressive disorder, or PDD, which is a formal diagnosis in DSM-5, where an adult is depressed for most of the day, or most days, for at least two years, according the American Psychiatric Association.

Symptoms of PDD include sleeping too much or insomnia, having a poor appetite or overeating, feeling fatigued, having low esteem or poor concentration with the feeling of being ‘down in the dumps’ or not feeling the need to seek help, assuming, ‘I’ve always been this way,’ according to the American Psychiatric Association.

But in high-functioning depression, depressive symptoms can be harder to recognize because the individual might be hiding it, said Dr. Elie G. Aoun, addiction and forensic psychiatrist at Columbia University and a member of the American Psychiatric Association board of trustees.

“So people often use up all their emotional reserves to put on a brave face and act in such a way where they function well, they work well and get the things that they need to get done,” Aoun told Fox News.

“Doing so allows you to compartmentalize your depressed emotional state, from the rest of your life. That is often what we see in high functioning depressed persons.”

In a patient with high-functioning depression, watch for subtle changes, including changes in quality of sleep, shifts in mood or energy, feelings of hopelessness, and if these symptoms persistent over a two-week period, it may be a sign see a health care professional, said Rebecca Brendel, president-elect of the American Psychiatric Association.

“People aren’t kind sometimes to those who have mental challenges, and Cheslie knew that,” Simpkins said.

“I do hope that opening up these discussions and just talking about where Cheslie was – her state of mind at that time –  hopefully encourages people to be kinder.”

If you or someone you know may be struggling with thoughts of suicide, call the U.S. National Suicide Prevention Lifeline at 800-273-TALK (8255) any time of day or night or chat online.

COVID infected patients at risk for 20 types of heart and…

Ukraine war: UN in new attempt to evacuate civilians from…