Feeling the heat: the cost of Italy’s worst drought in decades

I arrived at Milan’s Garibaldi Train Station on a torrid July evening. It was 20.00 CET and the temperature was still a suffocating 34ºC.

The city’s taxi drivers were on strike, so it took me much longer than I had expected to arrive at my hotel.

When I did, I was sweating profusely. It was somehow an appropriate introduction to the story I was covering.

Faced with what has been described as the most severe drought in 70 years, in early July the Italian government declared a state of emergency in five northern regions. Two weeks later, there had been no significant rainfall and the situation had gotten worse.

I had been dispatched to report on how the extreme lack of water was affecting ordinary Italian people, and how local, regional and national authorities were coping with the emergency.

Together with my fixer Francesco Gilioli, I travelled some 800 km around the three stricken regions of Lombardia, Piamonte, and Emilia Romagna.

We met rice producers who were forced to choose between which fields to irrigate and which to let die. A corn producer told us he had already lost 30 percent of his crop and was expecting many more plants to die before the harvest. 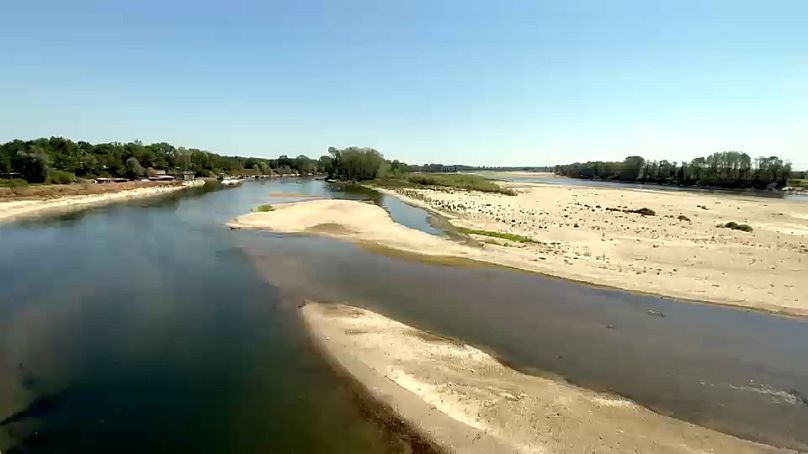 The low level of Italy’s longest river, the Po, is one of the most visable signs of the drought’s impact.Euronews

Another corn producer took me to his dying plantations; the irrigation canals around were literally covered with spiderwebs, like something in the movies.

Agriculture is by far the most severely affected sector by the lack of water – but it’s not the only one.  Near Piacenza, I met fishermen who were trying to save dying fish from small streams that were drying up, by transferring them to healthier rivers elsewhere in the region.

Nicolas Sivelli, a recreational fisherman, invited me on his boat for a trip along the Po River. The extremely low water level has turned huge portions of Italy’s longest river into marshland. Families are no longer coming for leisure activities on the Po anymore. I filmed tourism boats tied to their moorings.

The extraction of sand has also come to a standstill given that boats can no longer access the extraction platforms. While the owner of a nearby restaurant took me to an outside terrace area, overlooking the Po basin.

“This restaurant belonged to my great grandparents”, he said. “When I was a kid, I used to fish from this terrace directly in the river. The rod easily reached the water, and there was plenty of fish. Now, as you can see, the watercourse is far, far away. And there are practically no fish.” 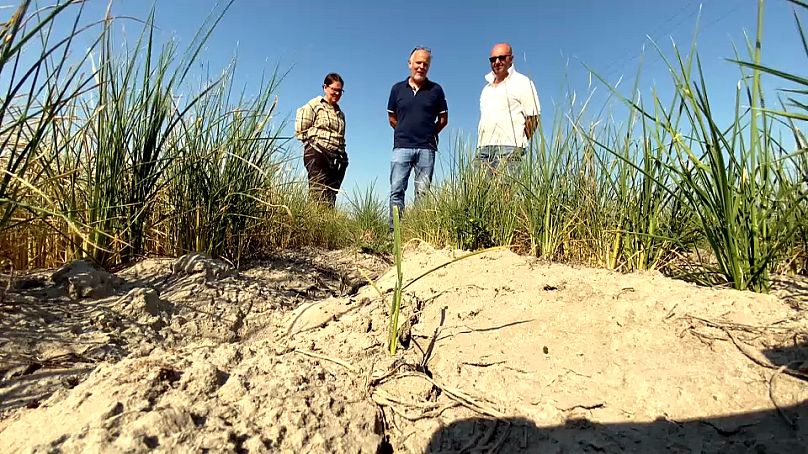 The lack of water means Italian farmers are paying a high price.Euronews

I met the General Director of the Po River Agency. He told me this is the sixth water emergency in the region in the last 20 years.

More crises will come, so mitigation strategies are urgent, he said. And he listed them, as we walked under the scorching heat of the sun next to the deadly calm river: retain water in more efficient ways, design new water treatment facilities so that recycled water can be reused for farming, improve water canalisation, as 40 percent of irrigation water leaks out and is lost; and finally, develop new smart more efficient irrigation systems.

But all of that is likely to take time and money. In the meantime, short-term solutions must be found to cope with the current emergency. 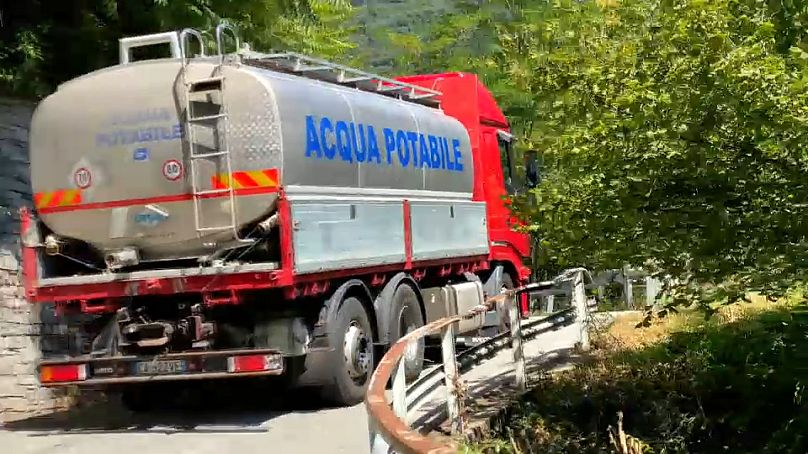 The water supply for some Italian villages is being replenished by water trucks.Euronews

One of the ones we heard about is taking place in small villages around Lake Maggiore. Unthinkable as it might seem, these villages, located at the foot of the Alps, are currently being resupplied with drinking water by trucks as their usual sources are completely empty.  I filmed one of those distribution campaigns; the operator took two hours to fill a water cistern, in what was his fourth trip that day to the same village.

“Water is life”, he told me, “without water you can’t do anything”.

That was the last sequence I filmed during my three-day journey to a land that is literally dry as a bone.

Ukraine war: Investigations launched into video of alleged torture of…

More mask mandates lifted around US as CDC expected to announce…

Death of Queen Elizabeth II: Britain wakes up in mourning,…