A flag with the logo of the World Cup 2018 on display with the St. Basil's Cathedral in Moscow

Russia has been banned from the 2022 World Cup in Qatar and other football competitions following its invasion of Ukraine.

In a joint statement with European football body UEFA, FIFA confirmed that Russian clubs and national teams had been banned from competitions “until further notice”.

The decision comes after the International Olympic Committee (IOC) had urged bodies to exclude Russian athletes and officials from international events.

The IOC said the move was needed to “protect the integrity of global sports competitions and for the safety of all the participants.”

The decision allowed FIFA — football’s governing body — to exclude Russia from the World Cup ahead of its scheduled qualifying playoff on March 24.

Poland — as well as potential opponents Albania, Sweden and the Czech Republic — had already refused to play against Russia.

FIFA already said on Sunday that it was talking to the IOC about excluding Russia from competitions “should the situation not be improving rapidly.”

The body was criticised for stating that Russia must complete their upcoming games in neutral territory, under the title “Football Union of Russia”, and without their flag and anthem.

UEFA has also excluded Russian teams from its competitions based on the IOC announcement. 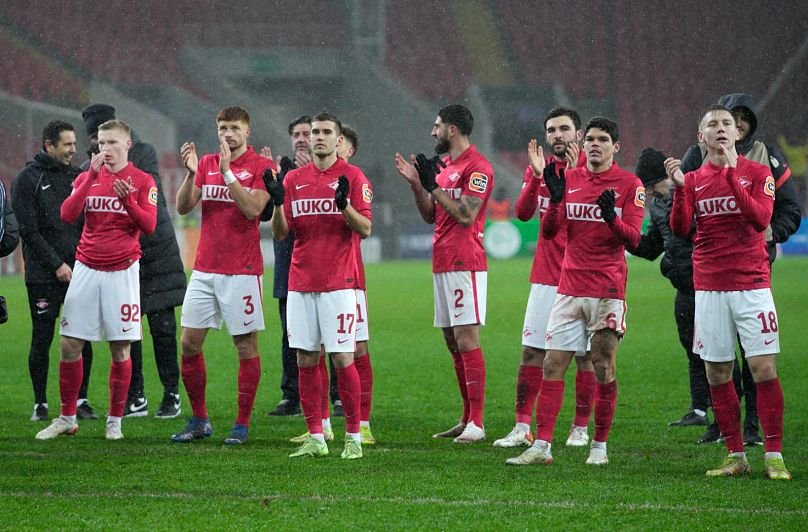 Spartak Moscow have been suspended from UEFA competitions until further notice.AP Photo/Pavel Golovkin

Spartak Moscow had been scheduled to play next week in the Europa League against German club RB Leipzig, but have now been banned. Russia’s women’s team has also been banned from this summer’s European Championships.

The moves are not unprecedented, as FIFA and UEFA expelled Yugoslavia from its competitions in 1992 when war broke out in the Balkans.

“Football is fully united here and in full solidarity with all the people affected in Ukraine,” FIFA and UEFA said in the statement.

Sports bodies and clubs across Europe have already moved against Russia amid the war in Ukraine.

UEFA has now also broken its deals with the Russian gas company, which sponsors both the Champions League and the European Championship.

The 2022 UEFA Champions League final has been moved from St. Petersburg to Paris, and another club — Manchester United — has terminated its sponsorship deal with Russia’s national airline Aeroflot.

In other sports, Finland and Switzerland both want the Russian and Belarusian hockey teams banned from the men’s world championships in May.

The Russian Formula 1 Grand Prix, due to take place on 25 September in Sochi, was also cancelled last week.

But it is unclear how the IOC’s request will affect tennis players, including top-ranked Daniil Medvedev, in Grand Slam, ATP and WTA tournaments outside the authority of the International Tennis Federation. 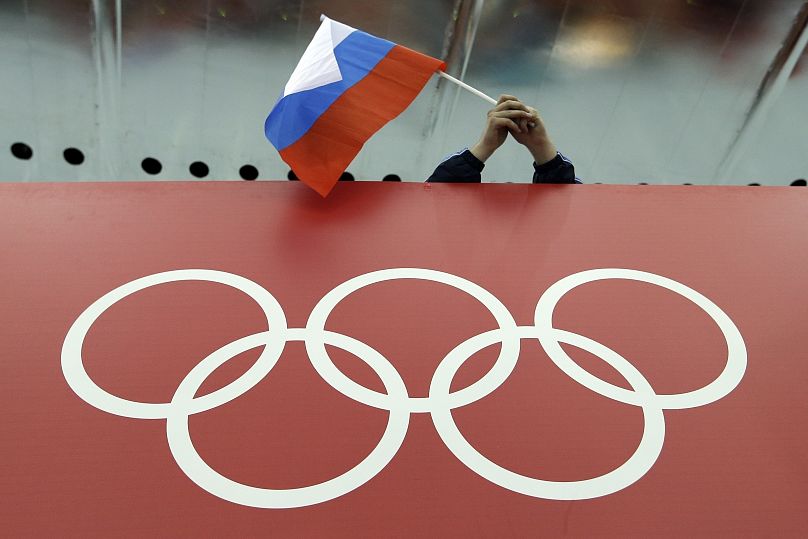 A Russian flag is held above the Olympic Rings at Adler Arena Skating Center during the 2014 Winter Olympics in Sochi.AP Photo/David J. Phillip, File

The IOC said it acted “with a heavy heart,” but noted that the impact of war on Ukrainian sports and athletes who cannot now take part in competitions outweighed the potential damage done to athletes from Russia and Belarus.

The body also said that if it was “not possible” to exclude Russian and Belarusian athletes and officials, then they should compete with no national flag, anthem or symbols.

That would align with sanctions imposed by the Court of Arbitration for Sport in December 2020 to punish Russia for state-backed doping and cover-ups of cheating.

The International Paralympic Committee is to meet on Wednesday over the matter, just two days before the start of the Beijing Winter Paralympic Games.

Peng Shuai: Videos of the tennis star on a night out are welcome…