Stephanie Frappart will make history at the World Cup

They say the sign of a good referee is when you don’t notice them. However, the run-up to the Qatar World Cup has been notable for officials and refereeing in a number of ways. The story that has generated most headlines is the fact that after 92 years there will be three women refereeing World Cup matches for the very first time. 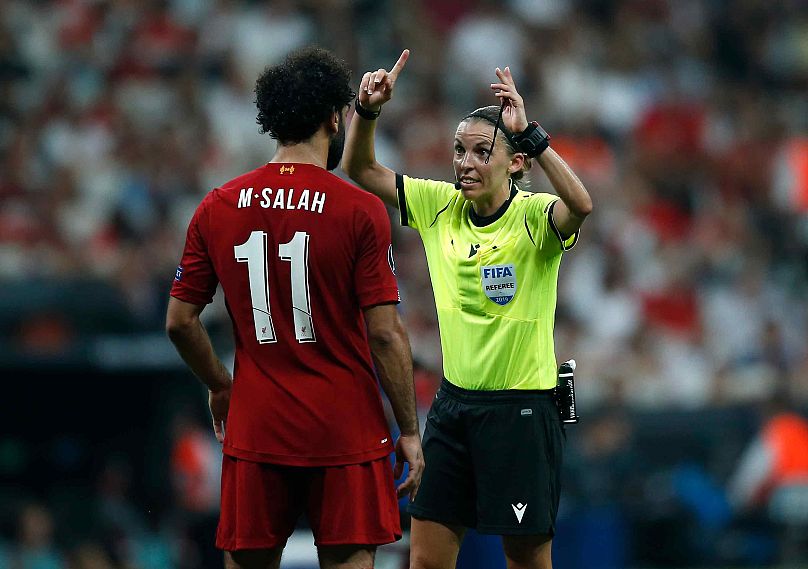 Stephanie Frappart was the referee for the UEFA Super Cup Final in 2019Emrah Gurel/Copyright 2019 The Associated Press. All rights reserved 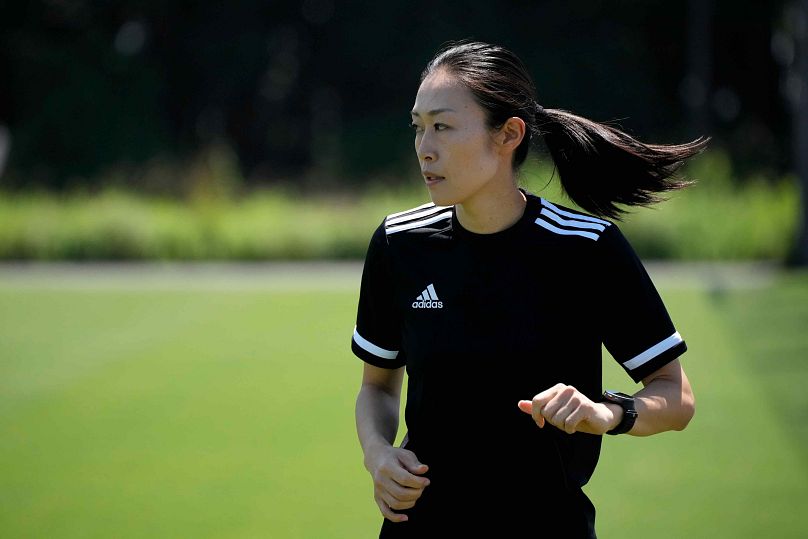 COVID-19: ‘Serious errors’ by ministers and… 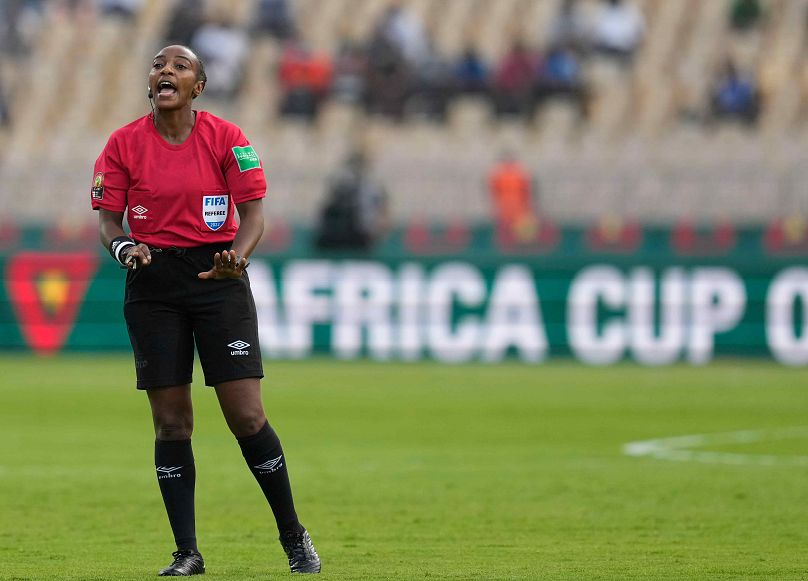 2022 has been a groundbreaking year for Salima MukansangaThemba Hadebe/Copyright 2022 The Associated Press. All rights reserved.

So, what qualities will Salima Mukansanga bring to the game? According to Ghanaian sports journalist, Ayishatu Zakaria Ali, Mukansanga’s refereeing style is “tough” but fair.

“People assume that because she is a female, they want her to be soft. They expect her to be more lenient. Salima’s a top referee. Very confident. There’s already the pressure of being a female referee but she’s never disappointed me. She’s a great referee in my view.”

Ayishatu Zakaria Ali also believes that the impact of Salima Mukansanga will act as an inspiration to those watching at the stadiums and beyond. “I believe we have equally good referees. I actually don’t like referring to them as female referees because they did the same courses (as men).

The world is now opening up and opening up their minds that females can actually do a job that some people think is just for men.

The Rise of Technology in the Game

As well as the welcome presence of female officials there will be further innovations in Qatar in terms of technology. VAR (Video Assistant Referee) was used for the first time at a World Cup in Russia in 2018. Four years on and countless headlines later it is clear that VAR is here to stay. And improvements are on the way. A team of 24 video match officials (VMOs) will operate in Qatar helping and assisting the on-field officials with those make-or-break incidents during the match. The Video Match Officials are also more representative too as they will come from Asia, Africa, Central and North America after coming almost exclusively from Europe and South America back in 2018.

Semi-automated offside technology will also be used at the World Cup meaning those tight offside calls will no longer be the split-second call of an Assistant Referee.

As Jennifer Aniston once said, here comes the science bit: The new technology uses 12 dedicated tracking cameras mounted underneath the roof of the stadium to track the ball. It also uses up to 29 data points of each individual player, 50 times per second, calculating their exact position on the pitch. A sensor will also be inside the ball sending data to the video operation room at a rate of 500 times per second.

Keith Hackett was a FIFA referee who lasted over two decades in the demanding profession and he is a firm believer that the increased use of technology will benefit both officials and supporters. He told Football Now “I welcome any move and any introduction of technology to improve the accuracy of the decision making. I think that it’s right that it’s termed semi-automated because of course it’s dealing mainly with the offside law and the subjectivity that actually says, look, we’ve got to have semi-automated systems. What will happen at the World Cup is that they will come together. They will be trained very, very accurately about its use and its interpretation. And as a consequence, I think we will see it at its best.”

For Qatar, the history-making continues. As well as hosting the event for the first time the nation will have its first referee in the tournament’s history. Abdulrahman Al-Jassim will be one of the 36 referees to take part in one of the great sporting occasions of the year. 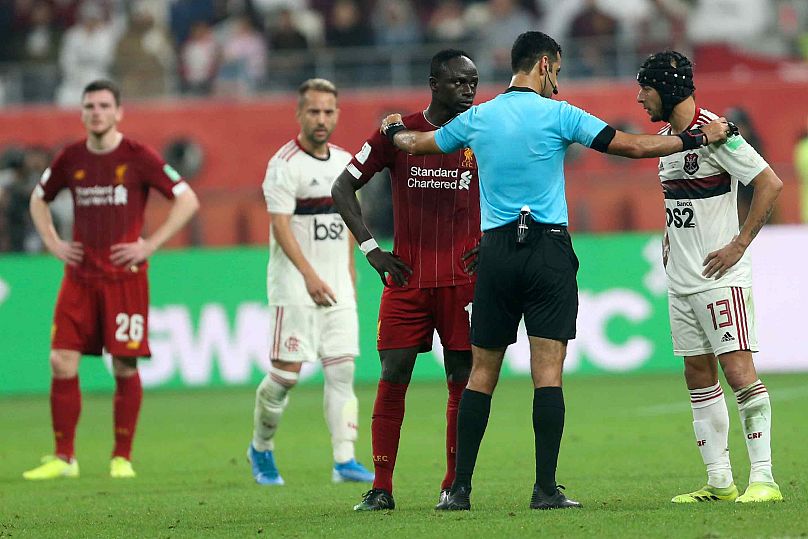 Abdulrahman Al-Jassim will be Qatar’s first referee at a World CupHussein Sayed/Copyright 2019 The Associated Press. All rights reserved

“Al-Jassim might be young in age in his mid-thirties but he’s been a FIFA referee for almost a decade now.” Middle East Football Editor Matt Monaghan told Football Now.

“It’s been a real journey for him. This isn’t somebody who’s just getting this gig because he is Qatari at a Qatar World Cup. He’s refereed an AFC Champions League Final. He was a VAR official at the 2018 World Cup and was the referee of the Club World Cup Final (in 2019). This isn’t new to him. It shows that this is an area of the world that is properly developing. It’s good that you’re not just going to see Qatar players, but also Qatar referees, and I’m sure they’re all going to acquit themselves very well.”

Some of the most famous World Cup moments have come surrounding refereeing decisions – from Zinedine Zidane’s red card in the 2006 World Cup Final to the referee missing Diego Maradona’s handball goal in 1986 and Graham Poll handing out three yellow cards in 2006 – but no red to Croatian Josip Simunic. 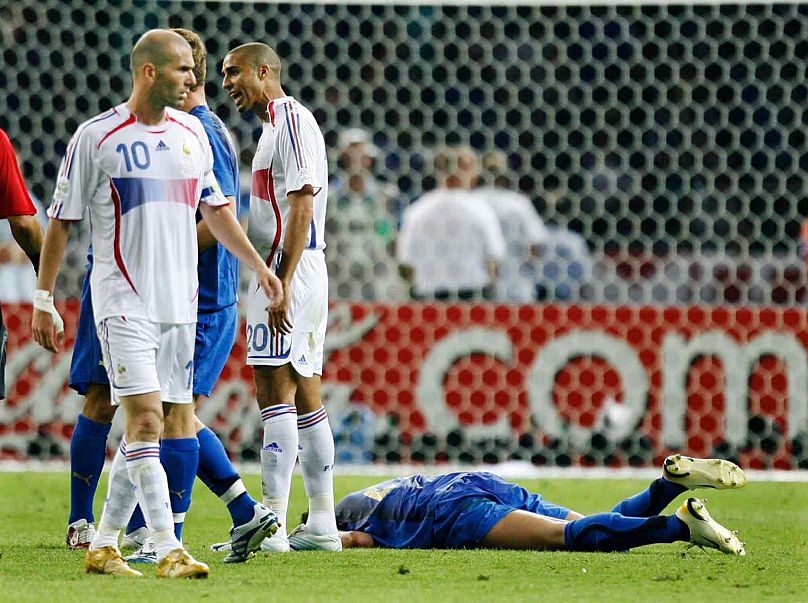 Headlines will be made again, but with technology offering a helping hand and the ever-increasing professionalism of the officials there is hope that this will be a World Cup where the men and women in charge can – for once – quietly go about their jobs in Qatar.

Study: Even 2 to 3 beers a week may cause brain changes, cognitive decline

Analysis: EU-UK relations ‘not likely to improve’ despite leadership contest

Drones begin delivering online shopping in the US

Erasing a bad memory for a good purpose: How mafia seized properties…