With just hours left until France’s presidential election runoff between Emmanuel Macron and Marine Le Pen on Sunday, political emotions in the country are especially high.

Analysts have suggested that the vote has more weight than ever for Europe, as France holds the European Union presidency until July.

Macron has previously warned that election misinformation poses a threat to democracy, and has argued that those responsible for spreading “fake news” online should be held accountable and possibly brought to justice.

Euronews’ social media newsdesk, The Cube, has taken a look at some of the most viral false claims that have woven their way into political debates and online conversations.

The election runoff in France is arguably even more important following Russia’s invasion of Ukraine on February 24.

Pro-Russian social media accounts have already spread a number of false claims about the war, but have now turned their attention to French voters.

Misleading posts on Telegram and Twitter have attributed a false quote about Russian sanctions and migration to Macron.

The users falsely claim that Macron said France must take up to 60 million refugees from Africa and the Middle East over the next 20 years because sanctions against Russia will cause economic collapse in Africa.

The tweets were also digitally manipulated to include the logo of BBC News. 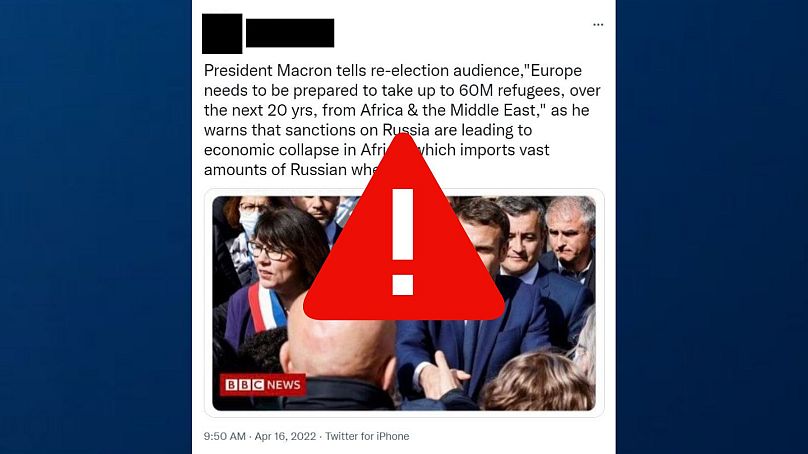 An archived search of the BBC’s Twitter page and website shows no such story with this quote from Macron, and the broadcaster has also stated that the claims were false.

Moreover, there is no record of Macron saying that France — a country of 67 million people — needs to prepare for an influx of so many refugees.

In fact, Macron has stated that he wants the European Union to increase sanctions on Russia and target the country’s energy sector.

The false tweet was widely shared by a number of far-right groups on social media, including supporters of Marine Le Pen, seen as the Kremlin’s preferred candidate in this election.

The environmental policies of both Macron and Le Pen have been thrust into the spotlight by climate activists.

But just hours before the end of campaigning, social media users claimed they had received a misleading text message about the candidates’ stances.

The text — which was allegedly sent by Emmanuel Macron’s campaign — claimed that the incumbent President offered more green policies than his far-right rival.

“Le Pen – the dismantling of windmills, return of coal, end of the Paris Agreement,” the text reads, before adding that Macron has “reduced greenhouse gases by 12%”. 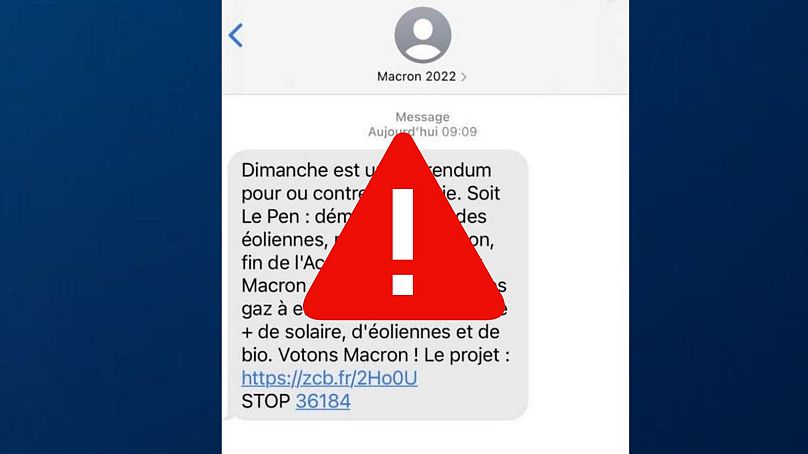 Guns on movie sets explained: How did the shooting of Halyna…

Marine Le Pen has expressed her opposition to wind turbines and has pledged to stop building anymore while dismantling existing ones.

However, she has not expressed intentions to withdraw France from the 2015 Paris Agreement on climate change. Instead, Le Pen has put forward plans to promote France’s own agriculture sector to avoid over-reliance on Europe.

She has also expressed reservations about a coal embargo on Russia amid the war in Ukraine but has not stated that her presidency would result in a “return of coal”.

While carbon emissions have reduced during Macron’s five years in office, the number mentioned in the text is exaggerated.

In fact, a Paris court ruled last year that the French government was guilty of “climate inaction” and failing to meet its mandated goals.

Macron has since vowed to overhaul his climate change policy, by setting up 50 offshore wind farms, increasing solar panels tenfold and naming a new minister for energy.

The claims made by the text message certainly have the potential to mislead green voters ahead of Sunday’s election.

But according to the NGO Greenpeace, neither Macron nor Le Pen has the best record on tackling global warming and the election runoff will result in “a defeat for the climate and the environment.”

President Macron’s time in office has been overshadowed by international crises, such as the COVID-19 pandemic and Russia’s invasion of Ukraine.

But he also faced pressure from the “Gilets Jaunes” (“Yellow Vest”) movement that erupted in 2018 against rising fuel prices.

‘The embers remain’: One year since its inception, what has the Gilets Jaunes movement achieved?’Gilets jaunes’: Violence in Paris as protesters mark one-year anniversary

A viral video has now falsely claimed that tens of thousands of Yellow Vest protesters have lost their right to vote in Sunday’s election.

In the footage, a protester claims that 22,552 “prisoners” from the movement have been deprived of their voting rights due to a “Macron law” passed in 2020.

“My civic right has been taken away from me, just for opposing Macron,” he claims, without providing further evidence.

Versions of the video have been viewed more than 225,000 times on Facebook and Twitter since April 15, and have also prompted outrage on Telegram. 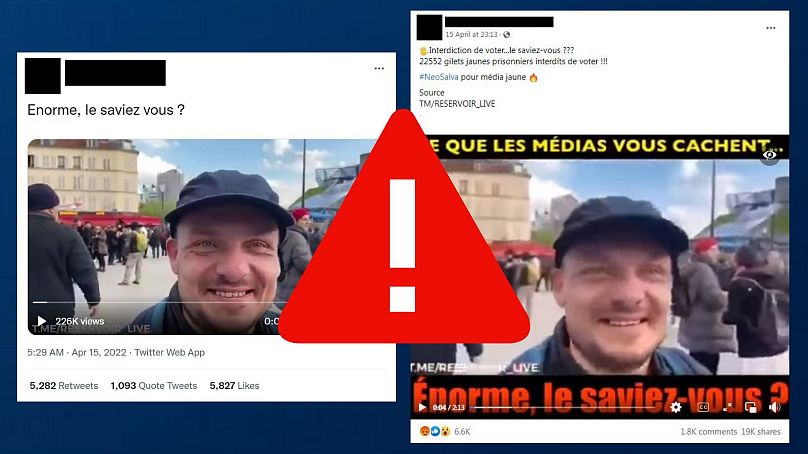 The misleading video has been widely shared on social media platforms.Euronews via Twitter/Facebook

However — according to France’s Justice Ministry — just 3,200 protesters were convicted between November 2018 and November 2019 over the “Yellow Vest” protests.

Lawyers for the movement have also denied claims that all of those convicted during the protests have been disenfranchised.

“I have never seen a ban on the right to vote in my cases,” Arié Alimi, a lawyer for “Yellow Vests,” told AFP.

French citizens can be deprived of voting rights if they are convicted of serious crimes, including fraud or embezzlement.

Between 2018 and 2020, only 4,158 people in total were deprived of civic rights in France, according to Justice Ministry data.

COVID-19: People who catch coronavirus and flu at same time this winter…

Coronavirus: ‘Our staff are performing miracles but we’re…

Andrew Marr: Veteran broadcaster to leave the BBC after 21…

Long COVID-19 may be caused by abnormally suppressed immune…