From George VI to Elizabeth II, memories of how royal funerals have changed

The funeral procession of Britain's King George VI begins its journey from Westminster Hall to Paddington Station, in London, on 15 February 1952.

When John Batchelor came down for breakfast on a cold winter morning in February 1952, he saw “the King is dead” handwritten in pencil on a board. He was at a preparatory school in Farnborough – a town in southeastern England.

He vividly recalled the day he received the news, his shock and surprise aged 10, unable to fully comprehend the king’s prolonged illness. 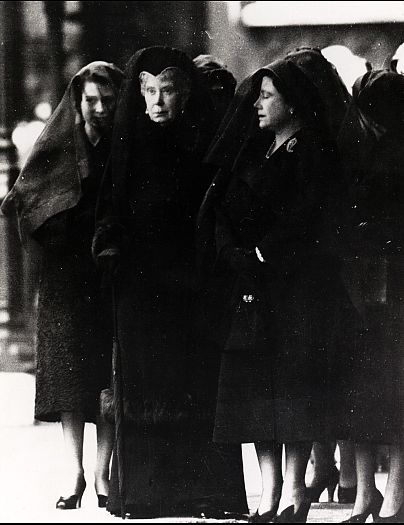 Queen Elizabeth II, left, stands with her grandmother Queen Mary, centre, and her mother, Queen Elizabeth, as her father’s coffin arrives to lie in state on 11 Feb. 1952.AP Photo/Ron Case

“We all had to adjust to the fact that a very young woman had now become Queen. She was in Kenya and she needed to be brought back because it was a terrible shock to her,” Professor Batchelor, 80, says from his home in Oxford of the moment King George VI died.

The king’s death and funeral in 1952 stand in sharp contrast to the highly televised funeral procession of his daughter Queen Elizabeth II today.

At boarding school, Batchelor says there was a solemn meeting where the boys sang songs for the late king.

Without television, radio and daily newspapers were their primary sources of information.

An image of the three queens dressed in black in the newspapers stood out: the young Queen Elizabeth II, the Queen Mother and Queen Mary waiting for George VI’s coffin.

The late Muriel Anne Baylis wrote in a memory book for her granddaughter how George VI’s funeral was one of the most memorable world events she witnessed in her lifetime.

She and a friend joined crowds on London’s embankment to watch the funeral cortege go by.

“The total silence of respect, people admired him,” she wrote in the book. 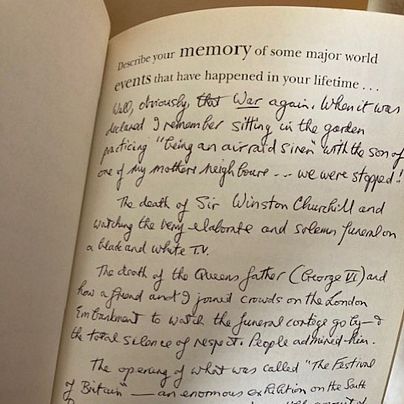 As a young girl Pauline Worsley, an 87-year-old from Liverpool, had a scrapbook of newspaper clippings of the queen and princess Margaret. She was 17 and worked as a tracer in a government office when news of George VI’s death broke.

From the daily newspapers, Worsley had seen photos of the young Princess Elizabeth leaving for Kenya with her husband the Duke of Edinburgh.

“King George VI was in very poor health at the time. It was a cold day,” Worsley remembers, recalling him looking poorly.

“He was a popular king, it was a great sadness,” she added.

But she does not remember being particularly affected by the events in London and did not travel for the funeral.

The fact that (Queen Elizabeth) was only 25 when she inherited the crown, it was a huge thing for her to take on her shoulder and she mastered it well, Worsley added.

Henrietta Batchelor, who grew up in East Grinstead in Sussex, was only five-years-old when George VI died.

Her memories of his funeral are scant because, in those days, she said, children were not allowed to attend funerals or talk about death. But she remembers a sense of collective grief.

“I did hear it on the radio on the BBC home service, the gloom, my parents’ solemn faces. I don’t think I understood very much,” she said.

Her parents told her it was unexpected but in hindsight, she wonders how could it be: “he had cancer for years.”

Tonga tsunami: Body of British woman swept away by wave…

A whole 15 months went by between George VI’s death and Queen Elizabeth II’s coronation took place in Westminster Abbey on 2 June 1953. The ceremony was broadcast on television for the first time at the request of the young queen. 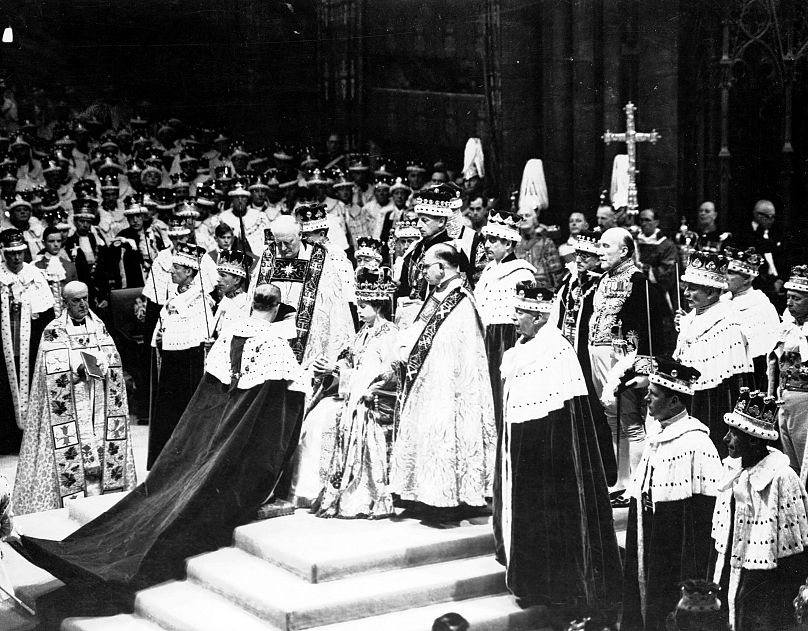 Prince Philip, the Duke of Edinburgh, kneeling, places his hands between those of Queen Elizabeth II, as he swears homage, during the Queen’s Coronation. 1953AP Photo, File

By then, Henrietta Batchelor said, a lot of people had television.

Her parents resisted the “new-fangled device”, so she went to a neighbour’s place to watch the procession down the mall and into Westminster Cathedral.

She also recalled the pageantry of her local community re-enacting the 1559 coronation of Queen Elizabeth I.

Villages like ours were encouraged to depict what might have happened at the coronation of Elizabeth I, Batchelor says. 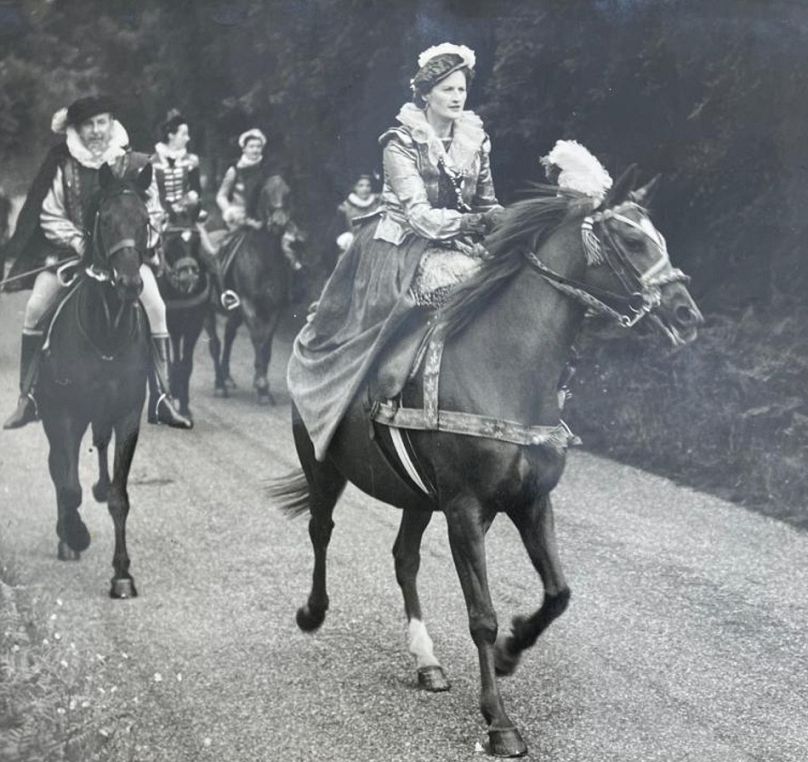 A reenactment in Holtye of Her Majesty Elizabeth I’s coronation.Henrietta Batchelor

“The company that employed my father took a floor in the Ritz hotel for employees’ children to watch the coronation procession from their balconies.”

At 11, he remembered the unseasonal pouring rain and the luxury food after the Second World War which he had never seen before.

”It was quite a surprise, there was modern French food like ‘le petit poulet’. I was completely unfamiliar with all this,” he said.

He recalled that Westminster choir boys sang “Vivat Regina.” The most moving moment for him was when the Duke of Edinburgh paid homage to the newly crowned monarch.

“It was an extraordinary feeling of this young couple also having to observe this medieval tradition.”

On a bright Friday afternoon outside Buckingham Palace, thronged with queues, Barbara Gellis, 77, and her granddaughter took a moment to reflect after paying respect to the Her Majesty Queen Elizabeth II inside Westminster Abbey. 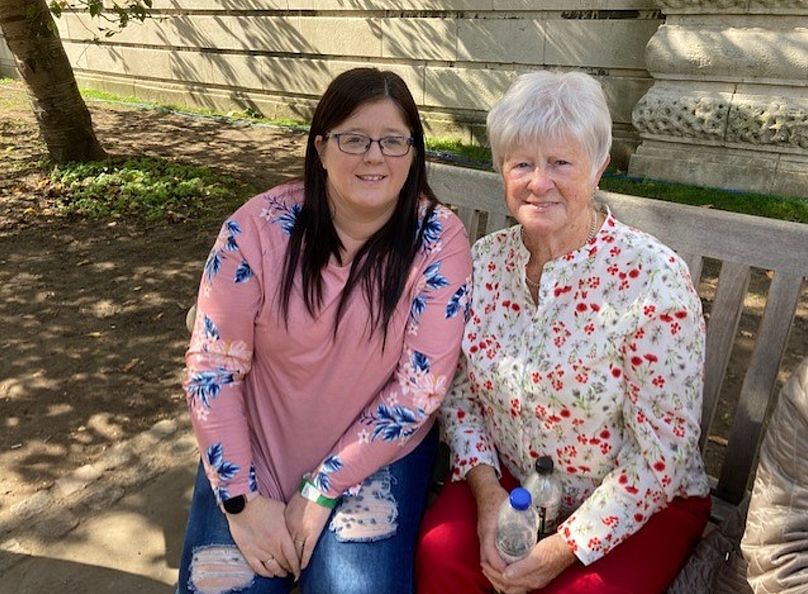 Barbara Gellis, 77 and her granddaughter Emma Heasley outside Buckingham palace after paying respect to her majesty lying in state at Westminster Abbey.Gellis

She arrived early Thursday afternoon with her granddaughter and queued for eight hours to see her majesty lying in state. Gellis also attended the funeral of Princess Diana in 1997.

When King George VI died, Gellis was in school in Northern Ireland and the only way she found out he died was after the God Save the King anthem had changed to God Save the Queen.

“I was at sports day in Northern Ireland, I would have been seven years old,” she said, adding that they didn’t leave the television.

After enduring airport-style security and zig-zag queues in Westminster garden, she was moved to tears speaking of her “magical” experience inside.

Her granddaughter Emma surprised her with last-minute tickets to London to pay their respects.

“The security people were lovely, the whole way through, they directed you. There was water being passed around by the fire brigade,” she said, unsure when and if an event of such global significance is likely to happen any time soon.

What is pancreatitis: symptoms, causes, and treatment