A leading industry body has accused the government of “inept prioritisation” – with London, the South East and the east of England still suffering from low fuel levels.

The South East is struggling the most, with fuel stock levels remaining below 20% as the area continues to be hit by HGV driver shortages.

Petrol stations in London and eastern England have slightly higher stocks at between 20% and 40% capacity. 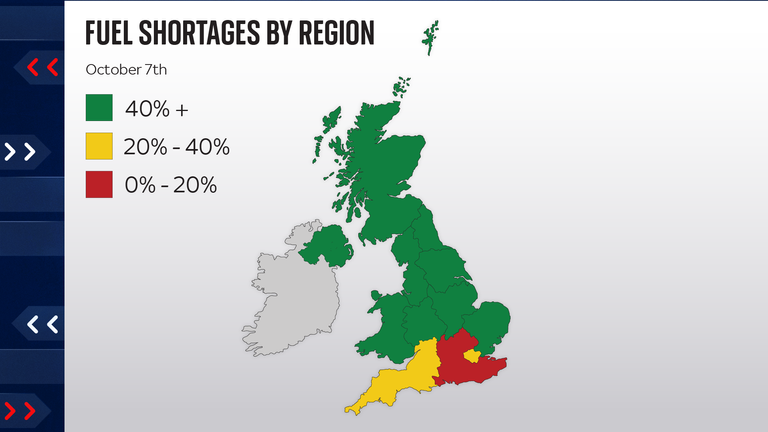 The rest of England, all of Wales, Scotland and Northern Ireland are back to normal levels of fuel (over 40%), it is understood.

For the past nine days, on average, it is thought that more fuel has been delivered to forecourts than has been sold.

Astronomers spot dying star just before it explodes and…

Army drivers were deployed on Monday to deliver fuel and free up civilian drivers, who are now focusing on deliveries to London and the South East.

However, Petrol Retailers Association (PRA) chairman Brian Madderson warned fuel supplies are being sent to “the wrong parts of the country”.

He claimed independent retailers, who his group represents, are being denied access to information from discussions between the government, hauliers and oil companies.

“We do not know when the deliveries are arriving and we do not know how they are being prioritised,” he said.

“The return to normal fuel volumes continues to be blighted by the current inept prioritisation policy.” 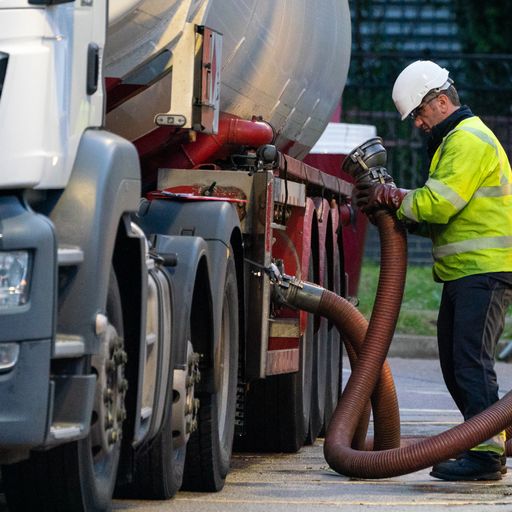 He said the government’s decision to suspend competition law to allow the fuel industry to share information was a “failed experiment”.

“It is now time for the government to step back, reimpose competition law, and restore market disciplines so that ordinary business incentives drive the fuel to the filling stations which need it,” Mr Madderson added.

“The recovery is simply not happening quickly enough. We are into our 15th day of the crisis.

“There needs to be an independent inquiry into the crisis so that motorists are protected from such acute fuel shortages in the future.” The PRA said a survey it carried out found 12% of filling stations in London and the South East are still dry, while 17% have just one grade of fuel.

Outside London and the South East, 90% of fuel stations had both grades compared with 71% in those two areas.

Average stock levels in Britain dropped to 15% on 25 September, the day after panic-buying started, when fuel sales were up 80% compared with normal levels.

Today at the Olympics: Poland’s Dawid Tomala powers to…