Don’t be downcast, here are five news stories to send you off into the weekend with a smile.

Welcome to our Friday’s good news roundup, a list of positive stories handpicked by our team to make you feel better. Today’s stories include:

Why NASA’s Webb telescope will change the direction of scienceSpain’s government will offer free trains starting in SeptemberA study that finds a weekend workout can be enough to stay fitNetherland’s plan to make working from home a legal rightThe first community-owned elephant sanctuary situated in Kenya.

Watch the video above for more on each story, or read on below.

1. Why the Webb telescope will change the direction of science

Astronomers are calling it the ‘dawn of a new era,’ as NASA revealed the first full-colour images and data from the new James Webb Space Telescope.

It’s given us a breathtaking view of the cosmos, with the deepest and sharpest infrared images of the distant universe to date, and goes beyond anything the Hubble telescope – which has been astronomers’ window into space for the last 30 years – could do.

It shows us galaxies bursting with billions of stars, and stellar nurseries – the clouds of dust and gas in which new stars form. 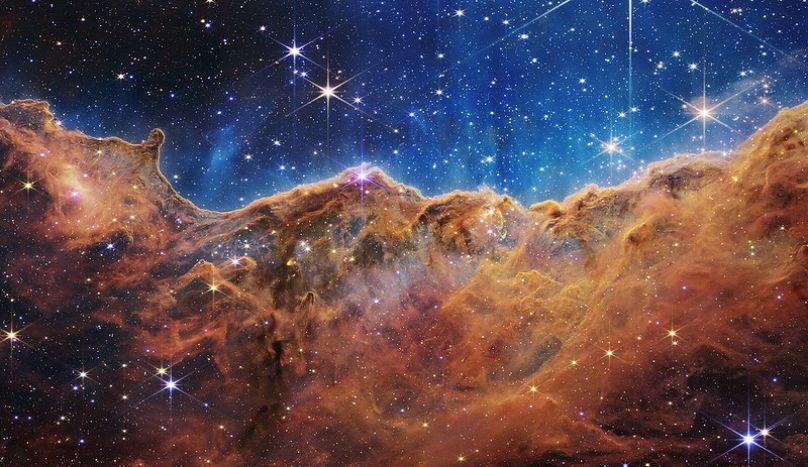 A star is born! Behind the curtain of dust and gas in these “Cosmic Cliffs” are previously hidden baby stars, now uncovered by Webb.NASA, ESA, CSA, and STScI

Astronomers say these photos represent the future of space discovery.

The Webb telescope is a partnership between the European Space Agency and the Canadian Space Agency and is the largest and most powerful space observatory ever built. It gives us access to the very birth of the cosmos, and galaxies that originated more than 13 billion years ago.

Astronomers say the leap in growth in our understanding of the universe will be as great as it was with the Hubble telescope, which is really saying something.

This moment is the result of the combined efforts of about 20,000 engineers, astronomers and technicians over 30 years, with costs of nearly $10 billion.

It will help them to better understand our solar system, black holes, the evolution of stars and exoplanets and… look for closer, potentially habitable worlds.

In a new plan to combat rising inflation and the energy crisis made worse by the war in Ukraine, Spanish prime minister Pedro Sánchez has announced that most short- and medium-distance trains will be completely free this autumn.

All local commuter trains and most mid-distance regional lines run by the national rail operator Renfe will be free from 1 September to 31 December.

The finer details have not yet been published, but the offer applies to multi-journey and monthly passes, the cost of which will be reimbursed. That could mean free train travel between cities like Madrid and Salamanca or Seville and Granada – if you buy a season ticket.

A 50 per cent discount on Renfe train tickets for this period had been already announced in June in an effort to help out commuters. But, after reviewing the financial state of the country, Prime Minister Sánchez decided to make journeys completely free for four months.

The tickets will be funded by a new windfall tax on banks and energy companies, which have made huge profits from rising interest rates and energy prices.

In a similar move about a month ago, Germany introduced a €9 monthly transport pass to help citizens facing the cost of living crisis.

More than 20 million people are said to have bought the pass. And now the German government is thinking about bringing in a ‘climate ticket’, which would introduce permanent tariff measures to increase the attractiveness of local public transport.

3. A study that finds a weekend workout can be enough to stay fit

Next, the future-focused section of Euronews has reported on a happy new finding that says a big burst of exercise at the weekend is as good as spreading activity out across the week.

In the experiments, US researchers tracked more than 350,000 people over ten years to see how well people who exercise in just one or two sessions – the so-called “weekend warriors” – fared.

​​The World Health Organization (WHO) currently recommends adults should do at least 150 minutes of moderate-intensity physical activity each week.

Going for a walk or a gentle bike ride would count towards this.

Many of the participants in the study clocked up 150 minutes over the week, but some crammed it into one or two sessions rather than spacing it out.

Now, the findings of the study, published in the JAMA Internal Medicine Journal, suggest that as long as people hit the recommended amount of exercise a week, it doesn’t really matter when they work out or what they do.

4. Netherland’s plan to make working from home a legal right

The Dutch parliament has approved legislation to establish working from home as a legal right, making the Netherlands one of the first countries to grant remote working flexibility by law.

Under current Dutch law, employers can reject workers’ requests to work from home without giving a reason. But if this new legislation passes the Senate, it will force employers to consider requests and provide explanations if they do turn them down.

Working from home was already popular in the Netherlands before the pandemic. With 28 per cent of employed Dutch people working remotely, it has one of the highest rates in the European Union.

Have you ever considered adopting an elephant? You could if you wanted. 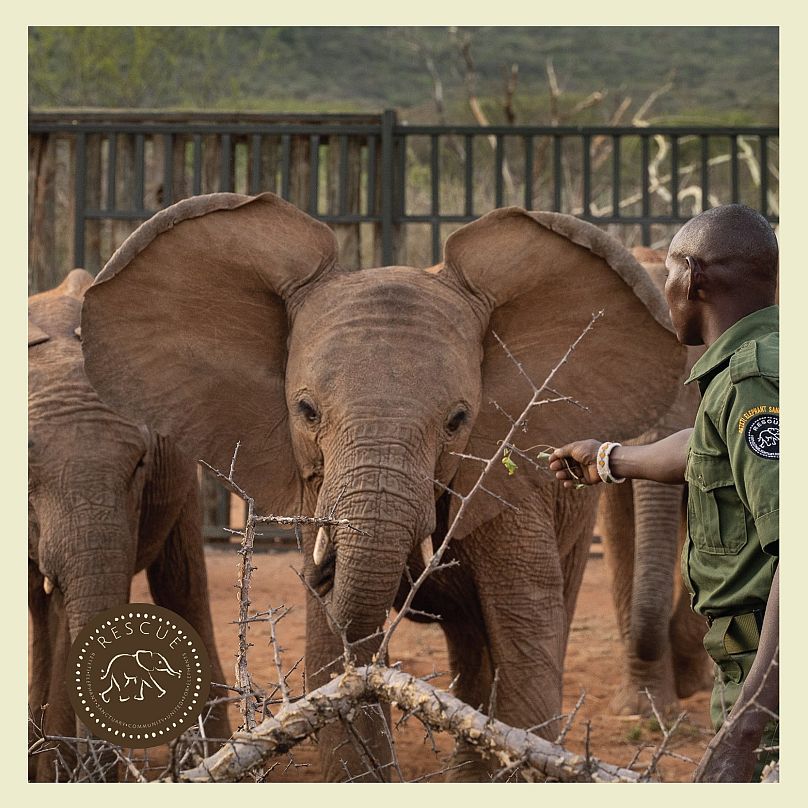 Lorian the elephantReteti Elephant Sanctuary is a Samburu

This is Lorian, an orphaned female elephant, who lives in the first community-owned elephant sanctuary.

She was rescued by the Samburu, an indigenous tribe in Kenya, who have deep respect for the wildlife with whom they share the land and its resources.

The community saw how elephant calves in Northern Kenya were often orphaned or abandoned due to droughts, human-wildlife conflicts or just natural mortality.

So they appealed to the local government and the Kenya Wildlife Service.

The authorities saw how the local communities were involved in rescuing, rehabilitating and releasing elephants back into the wild. And the demand to create the first community-owned elephant sanctuary was granted.

Yan, the editor of this Good News round-up, adopted Lorian about a year ago to help fund her rehabilitation and release.

He’s hoping to come and visit her soon, and to learn how to help the locals care for her.

And if you’re still hungry for more positive news, there’s more above.