News that makes you feel better – it’s a real thing. Every Friday, Euronews’ good news desk brings you a selection of positive news stories from around the world.

This week we take a look at how a charity is helping homeless people cope with heatwaves; a music festival stage powered by bikes; a beach made accessible to blind people in Egypt, Colombia’s first sustainable school; and how women in Algeria are grappling with mixed martial arts, a sport traditionally dominated by men.

Watch the video above for more on each story, or read on below.

1. How a charity is helping homeless people cope with heatwaves

Of all the challenges faced by people living on the street, one of the worst is having nowhere to wash or change clothes. And in the recent heatwaves, the homeless have felt the full force.

Paris’s Agora centre hopes to change that. An oasis created by the international charity Emmaus Solidarity, it provides a refuge for those with nowhere to go.

The heatwave knocks you out, says Cissé Amour, a homeless man attending the Agora since November 2021, “You get knocked out. And you just need a refuge somewhere cool, where you can shower, where you can quench your thirst, or maybe have a snack, and that’s the main objective. Because it’s difficult to live, you know. For us, it’s quite difficult, “

Between 200 and 300 homeless people can enjoy a shower at the centre every day. They have access to clean drinking water and can stay cool, but they can also meet with social workers and take part in activities.

Abdel Bemra, a homeless man attending the Agora since 2019, is grateful. “We feel good with them. They welcome us very well, very calmly. We have showers, activities, cinema, football, and pétanque. We are very good here, that’s why we come here every day, we are calm, there is air-conditioning, there is everything we need.”

Summer is the festival season. No matter where you are, you can be sure to find a spot where you can swing to the music of your favourite artist, or discover some new obscure bands.

This week, we take you to the Newport Folk Festival in the US, known for creating electrifying musical moments. A new addition in 2022 is a small outdoor stage that is powered in part by festival-goers on stationary bicycles.

The stage is equipped with solar panels that will provide most of the power to the amps and other equipment, whereas the bikes are providing the rest. 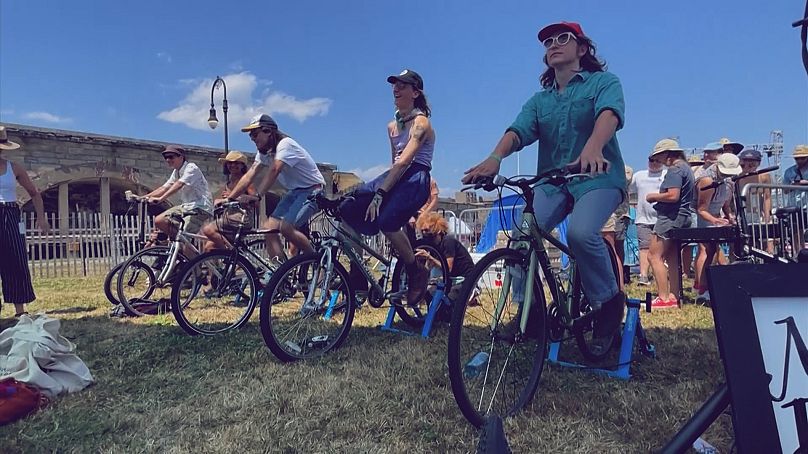 When the show begins, fans jump onto six collapsible bicycles next to the stage. Their pedalling then generates electricity, and in exchange, they get a front-row seat. Of sorts.

Sarah Gaines, a festival attendee, loves bicycles and the bike-powered stage idea, “I love riding bikes. First of all, we rode our bikes here today, so any opportunity to ride a bicycle in a different way, I would be there for that probably,” she says.

Gaines also thinks it’s time for everyone to be more proactive, “and come up with some solutions that aren’t reliant on traditional energy sources. So I was really excited they were doing this here. I also really love Madi Diaz, and it was a front row seat for five minutes, which was really a pleasure.”

3. The beach made accessible to blind people in Egypt

The Mediterranean city of Alexandria has allocated a spot for blind and visually impaired people, as part of an initiative started last year to dedicate part of the beach to people with special needs.

The access to the sea is marked with floating ropes that swimmers can hold on to while they are in the water.

For Ahmed Yasser, it has revolutionised his days at the beach, “I have never been as happy about anything as I am about this beach because having a beach for people with special needs to swim and enjoy their time is a wonderful thing,” he says. 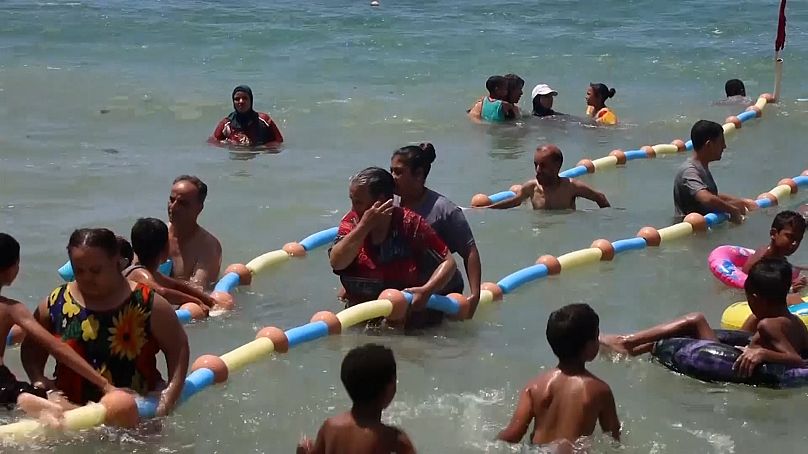 The beach made accessible to blind people in EgyptAP Photo

Going into the water without a guide would normally leave Yasser exhausted and disoriented, so this changes everything.

Lifeguards and assistants are also present to help the swimmers and give them whistles to use in case they get into sticky situations.

Colombia has inaugurated the first sustainable school in the country and the fourth in Latin America.

The building is completely self-sufficient in energy and water supply. It has a photovoltaic system that will produce clean energy for the operation of the school and will also supply the surplus to the municipality’s network. It also has tanks for the collection and distribution of rainwater and wetlands for the treatment of grey and black water.

The school was constructed using 40 per cent recycled materials such as aluminium cans, glass bottles and tyres, and local materials and techniques were used, such as the use of palm leaves for the roofs of the classroom workshop.

The construction also envisions insect hotels, bird houses, a compost bin, vegetable gardens and an indigenous seed bank. The aim is to teach students and the community to preserve biodiversity.

The new school will be used by 52 students and two teachers on a daily basis and will accommodate some 840 students from the area.

The project was designed by Plan B, a renowned architectural firm in Medellín, Colombia, and was built with the support of the municipality of San Jerónimo and students from the Light Construction course.

The project was led by Tagma, an Uruguayan non-profit organisation dedicated to developing innovative projects with a focus on education and sustainability in Latin America, with the support of DirecTV, Disney and National Geographic.

5. How women in Algeria are grappling with mixed martial arts

You may have heard of Ronda Rousey, the first American woman to officially take part in 2011 in the Ultimate Fighting Championship, the professional organisation for mixed martial arts.

But could you name an Algerian champion? Chances are, you can’t. But we don’t blame you.

Mixed martial arts are relatively new to Algeria, and combat sports are usually dominated by men – although the country has produced international women fighters in judo and karate for decades.

Now MMA has started to attract female practitioners, such as those who attend the Zone Fight Club in the city of Tlemcen to learn how to fight with teacher Mohammed Zahraoui. 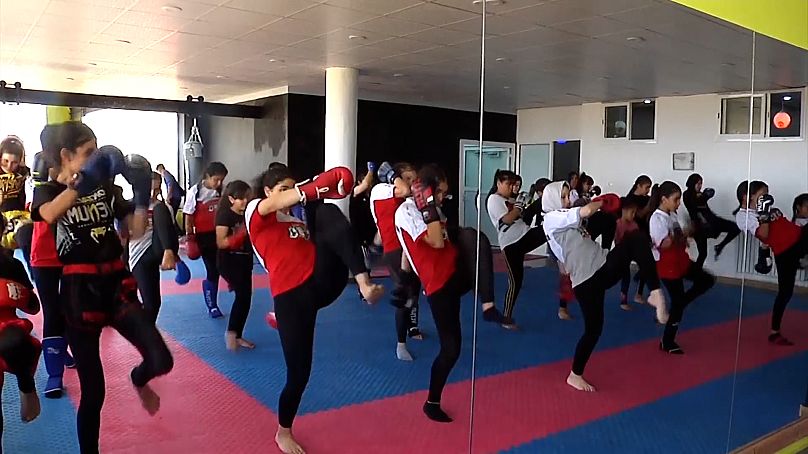 How women in Algeria are grappling with mixed martial artsAP Photo

Madjnoun Wafaa, a young woman who trains at the Zone Fight Club five times a week, entered the sport looking for an education on self-defence, “to avoid street problems and aggression against women. Society seems to believe a woman is weak. After I started this sport, I loved it. To develop myself in this sport and to participate in championships.”

Good News: A robot that helps wheelchair users walk, how the book business is booming and moreGood News: Chemotherapy drugs by drone and the unlikely return of a rockstar’s guitar after 45 yearsGood news: Netherlands’ plan to make working from home a legal right and free trains in Spain

Analysis from Italy: A political crisis that nobody wanted

Europeans worry cost of living crisis will cause social…