Have you heard of the football term a ‘Group of Death’? It basically means a group consists of four hard-to-beat teams in a World Cup. When Germany and Spain were the first teams drawn in Group E, people immediately labelled it the ‘Group of Death’. Japan, Costa Rica or New Zealand will be looking to dislodge the footballing heavyweights from their perch. Still, with two of the last three winners in the same group, the smart money remains on Spain and Germany to progress through the World Cup stages. 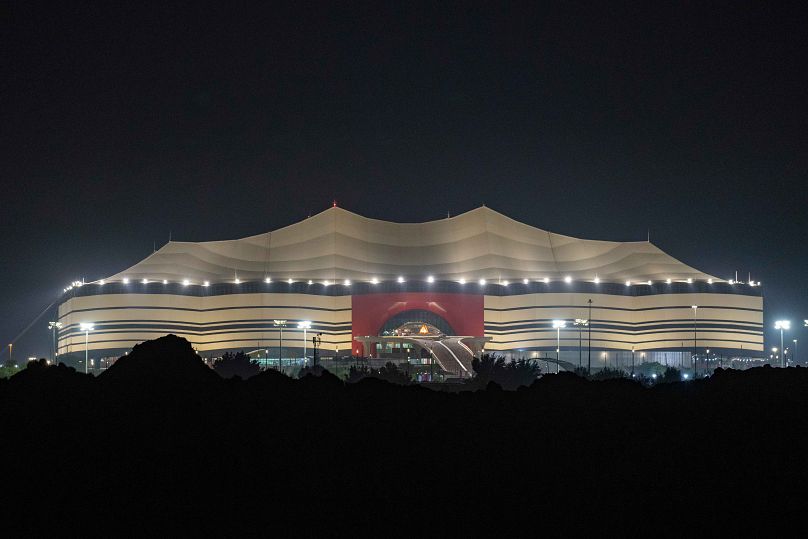 With 200 days to go until the World Cup begins Germany head to Qatar without that aura of invincibility. They were eliminated four years ago in Russia in the group stages and suffered an early exit from Euro 2020 after losing out to England. That defeat ended Joachim Low’s 15 years in charge. New manager Hansi Flick replaced him in August 2021. The former Bayern Munich manager won the treble with the German giants in 2020, including the Champions League Final, which was delayed due to the Covid-19 pandemic. He’s still yet to taste defeat with the national team, and German sports journalist Jonas Gerdes is optimistic about the future of German football.

Could a new coach give new life to the team and lead Germany to victory at the World Cup for the second time in three tournaments?

“It depends on the team’s emotions and whether they can build a real team because this time, they won’t be together for two, three, or four weeks before the World Cup starts. But every national team will have these difficulties. I think the coach is very well organised, so it may be possible to get together and (quickly) build a team.” Jonas continued. 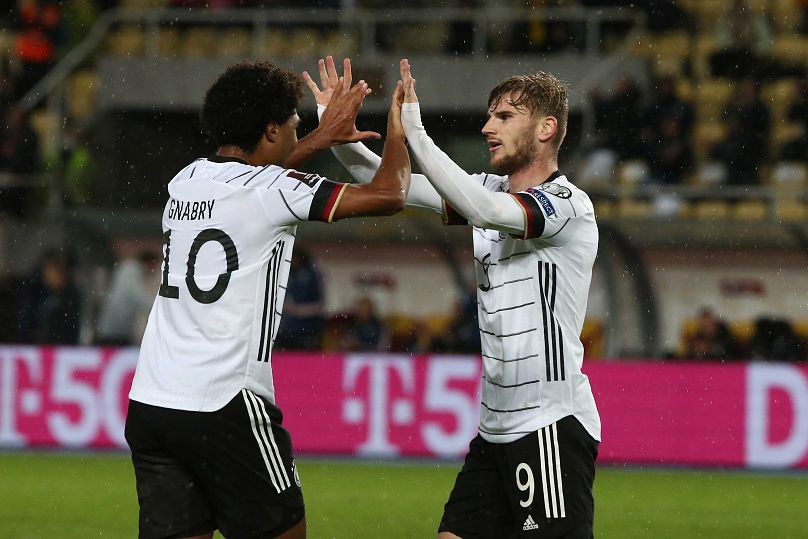 Spanish on the comeback trail?

From 2008 to 2012, Spain was quite simply the best team in the world. The power may have shifted somewhat in recent years, but a revival could be on the cards. Two European Championships and the World Cup came at a time when clubs from LaLiga dominated European football. At Euro 2020, they were only beaten by an Italian side on penalties after being the better side for most of the 120 minutes.

Defeat to France in the Nations League Final may show they can’t quite get over the finishing line like they used to. However, with teenager Pedri helping Barcelona fans forget about Lionel Messi, perhaps he can do the same and inspire the Spanish fans who look back fondly on those golden years. 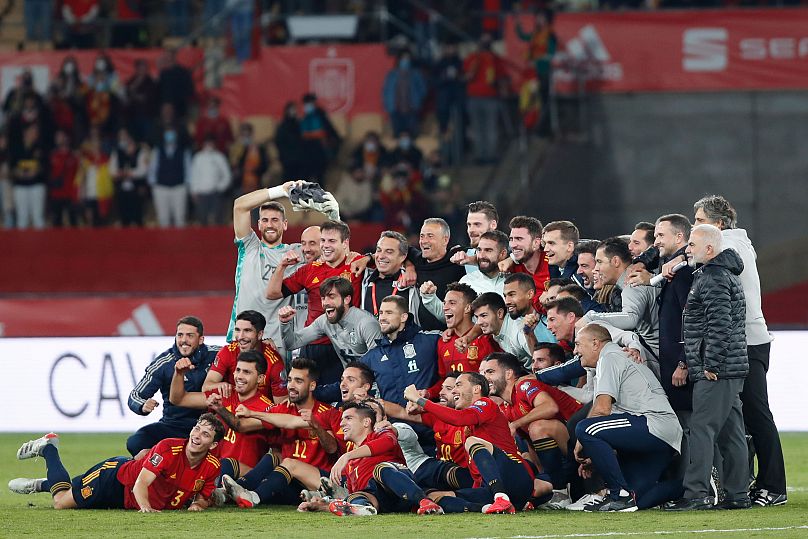 If Japan follows the pattern of its last six appearances, they are likely to be taking an early plane home to Tokyo. In Russia, they were within 20 minutes of making it to the quarter-finals when Belgium fought back from two down, ending the hopes of the Japanese. This year, they go into the group as the underdogs. Alan Gibson from JSoccer Magazine believes they could use this to their advantage.

“They have this habit of disappointing when we expect them to do something and then pulling something out of the bag when we think they have no chance. So, with Germany and Spain in the same group, I get the feeling we’ll be expecting very little from them. So, hopefully, that means that they will raise their game and surprise us.’

The Japanese team have some influential players on the world stage. The names to look out for at the Qatar 2020 World Cup include Liverpool’s Takumi Minamino. Premier League star Takehiro Tomiyasu who is in his first season at Arsenal. Celtic’s Japanese revolution in Scotland continues with Daizen Maeda, Yosuke Ideguchi, and Reo Hatate following in the footsteps of Kyogo Furuhashi, who has quickly become a fan’s favourite in Glasgow and will be hoping to make the plane to Qatar. 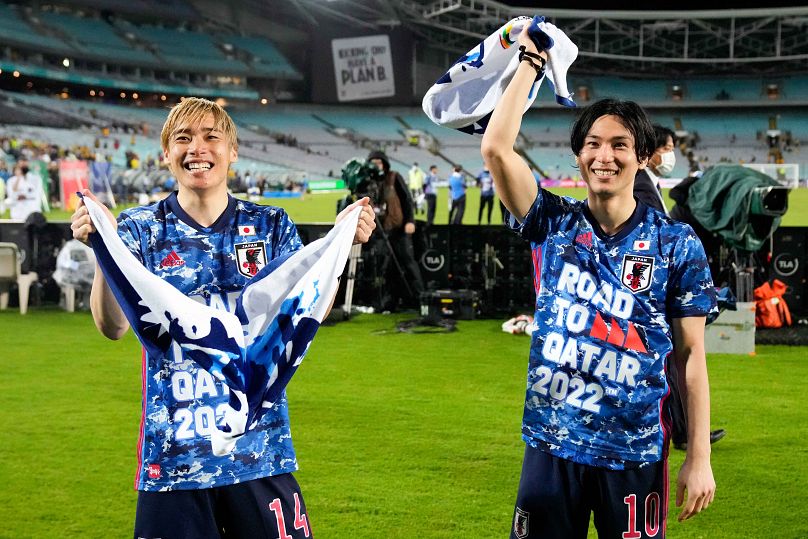 France began the tournament in 1998 with a comfortable 3-0 win over South Africa. World Cup winner and Football Now World Cup pundit Frank Leboeuf believes it’s vital that any team with aspirations to win the tournament get off to a quick start. 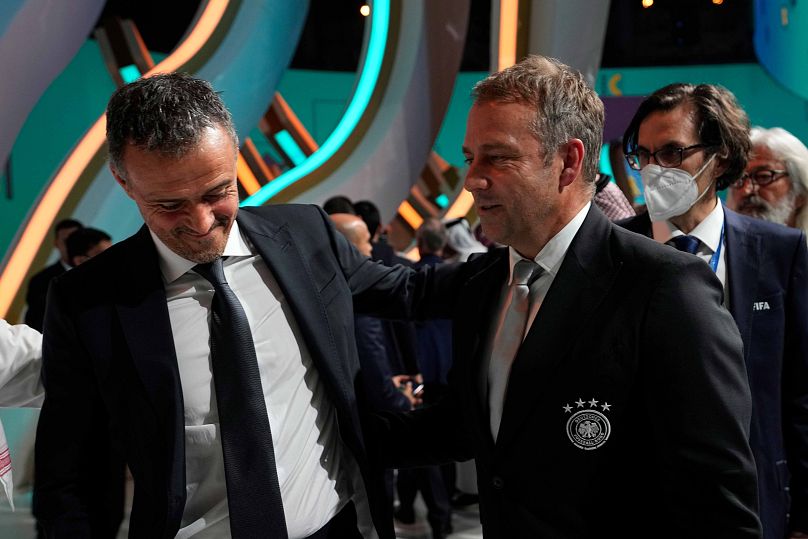 Luis Enrique and Hansi Flick at the World Cup draw in DohaHassan Ammar/Copyright 2022 The Associated Press. All rights reserved

So, the Group of Death could throw up some surprises. However, the one match every football fan can’t wait for is Spain against Germany on Sunday, November 27th. A win for either team will place a marker for all the other contenders in Qatar.

Ukraine war live: Vladimir Putin says ‘victory will be ours’

Ethiopia: At least 56 killed in Tigray airstrike on camp for internally displaced,…

A fourth COVID vaccine shot: Will it be necessary?

France to extend COVID-19 state of emergency until July 2022