Halloween makes a killing – but do reboots pay off, or are they a turn off?

It’s that time of year again – a classic scary film gets a botched Halloween add-on that we force ourselves to watch.

Or not, if cinema sales for Halloween Kills, the sequel to the monolith’s 2018 reboot, are anything to go by.

Critics were amazed to find the 12th version of the ‘Halloween’ universe grossed €43.2 million ($50.3 million) in its debut week – one of the strongest openers for any film since lifting pandemic restrictions meant we could visit cinemas again.

Original cast member Jamie Lee Curtis will be thanking her lucky stars she returned to the film that ran rings around No Time To Die’s second week on screens. Not only that, but it made Oscar hopeful The Last Duel – featuring star value in the form of Adam Driver and Jodie Comer – look paltry.

This week’s numbers prove that some reboots do work for modern audiences. The ‘Halloween’ franchise first started scaring people silly in 1978 and has gone through several phases since.

Our film and television industries entered a period of reboot saturation this millenia. Production companies are falling over themselves to reboot every last bit of intellectual property people will pay attention to.

Whether it’s wanting to cut costs by attracting old audiences, or refreshing an old idea, the drive to revamp old favourites isn’t going away any time soon. Because when they work out, they can be very lucrative. Alternatively? The end product falls drastically short of fan expectations and is mocked for the rest of enternity.

Here are some of the biggest disasters and successes of 21st century cinema’s obsession with remaking old classics.

Original release: The first film starred Janet Gaynor in her only technicolour film in 1937

This story’s fourth iteration was stuck in development hell for over two decades as executives struggled to place the right leading actors.

Bradley Cooper came along and kickstarted the whole thing with ambitions to direct it in 2015. As we now know, he had a pretty good run in front of the camera, too.

Lady Gaga was invited to follow the footsteps of Barbra and Judy (Streisand and Garland respectively) before her to play Ally, a struggling performer who becomes the protege of Cooper’s troubled troubadour Jackson Maine. In turn, the legacy of the original films were honoured in a skillful, beautiful manner.

Though her press run for the film was memed to the highest degree – there could be one hundred people in the room, any room – it earned the singer her first Oscar nomination for Best Actress, and a further win for penning the film’s soundtrack with Mark Ronson.

It’s also the perfect example of enough time having passed since the last interpretation for it to present as completely new to millennial film fans. 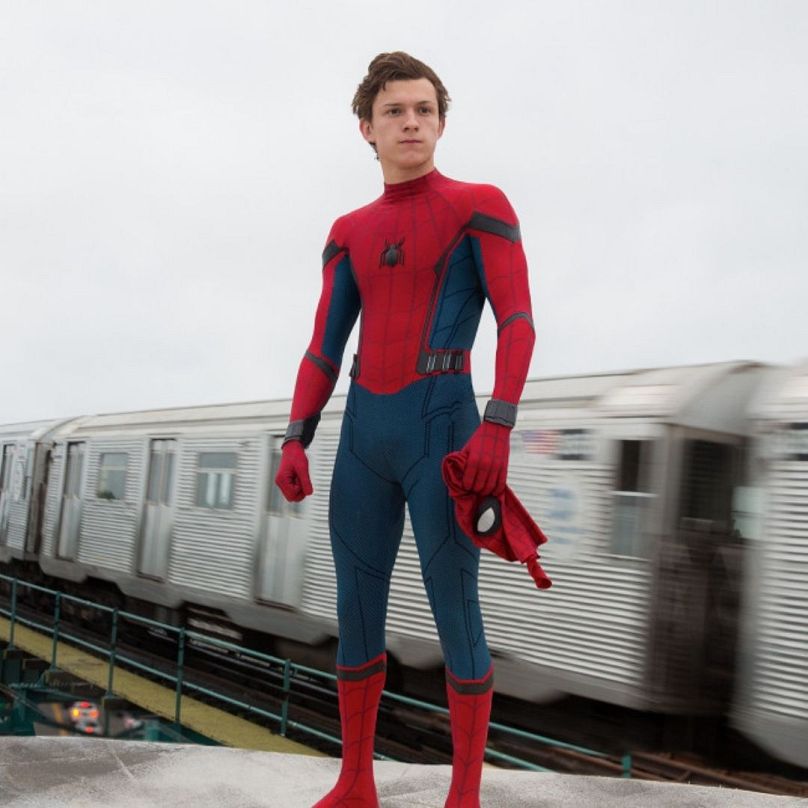 Original release: Tobey Maguire appeared as the first Spiderman in 2002

Superhero skeptics came out in full force in 2015 when Marvel laid out plans to reboot the Spiderman franchise once more – a mere year after the second film of second Spiderman Andrew Garfield’s divisive run was released.

Whether you’re a Parker purist or not, there’s no denying that Tom Holland, freshly turned 20 at the time, has made a success of the role with his boyish charms. This year he’ll match OG Spidey Tobey Maguire’s record of three films and Spiderman: No Way Home expected to exceed well over $1 billion at the box office.

Fans saw Holland as a change to breathe life back into the part – it has secured him as a Hollywood mainstay doing a role he genuinely seems to love. Something Disney and Marvel execs were able to agree on when they butted heads over who got to continue making the films.

Original release: Stephen King first released the novel in 1986 – the film followed in 1990

Reworking a recognisable villain can be a thankless task if you overplay it, Jared Leto-style or retreat so much into the character you leave viewers yearning.

His unique blend of Joker-esque flair rooted in traditional horror tropes was described by critics as a “revelation“. The expertly cast group of children – including none other than Stranger Things’ Finn Wolfhard – ensured that the big scares never veered into cheesy territory. 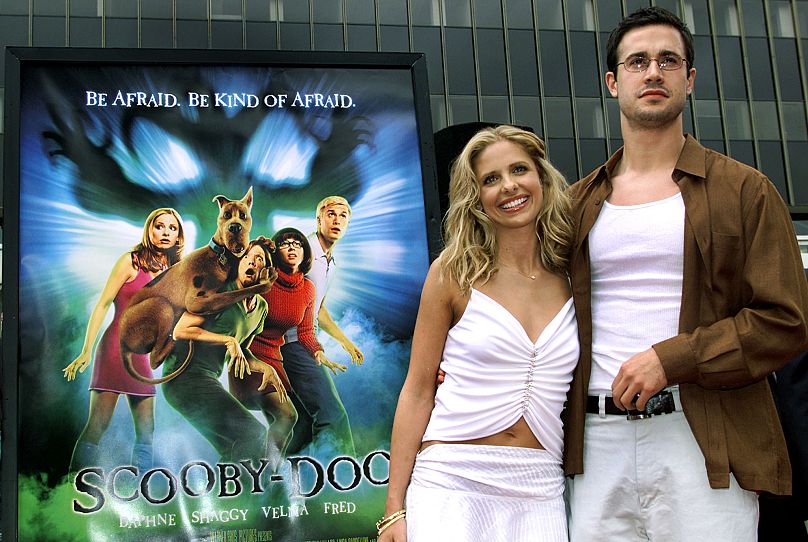 Original release: The cartoon first ran as a Saturday morning cartoon series in 1969

2003 was a weird year for children’s movies, and it’s a wonder that this problem may have skewed the statistics and critics of that time.

Fatigued by the releases of Finding Nemo, Jungle Book 2, and The Cat In The Hat, it’s no wonder this live action remake didn’t quite get the reception it deserved outside of its target audience.

However, the Scooby-Doo of this period firmly stands the test of time. Nothing felt off limits in the creative decision making for this film. Utilise Sarah-Michelle Gellar’s martial arts training from a quiet little side project to de-damsel Daphne? Via martial arts? Okay! Scapegoating Rowan Atkinson as the villain? But it’s actually Scrappy Doo controlling him? Sure! Sneaking in more pot jokes than we can count on both hands? Staggeringly chaotic, and staggeringly entertaining.

All 3D renderings of beloved cartoon characters have felt stale in comparison since. It’s a wonder what trashed reboots of this decade will hold the same power. 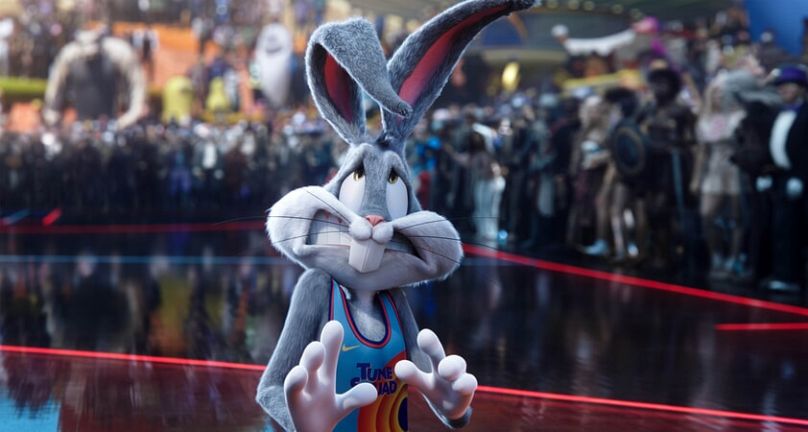 This year’s reboot of a classic many 90s kids hold dear is prime evidence of realising you’ve done a hatchet job the day before the project is due.

It didn’t work, for a number of reasons. Poor marketing, questionable casting, and the awkward uproar over the production’s choice to de-sexualise Lola Bunny. A cartoon rabbit voiced by Zendaya, for those wondering.

Michael Jordan’s replacement, LeBron James, needs no introduction. He remains one of the world’s most famous basketball players, and that is part of the problem. The original Space Jam helped catapult it’s original protagonist to stardom – you felt like you were in on the adventure.

Executives were faced with an age old problem – casting new faces doesn’t guarantee you’ll garner interest from devoted fans, whilst casting someone based on name value alone means you could be sacrificing its original joie de vivre.

A Nightmare On Elm Street’s 2010 reboot would likely kill to have opening week figures akin to what Halloween is seeing right now.

Instead, fans were plunged into the depths of disappointment when the production failed to bring back Robert Englund as the original Freddy Krueger. They got everything they didn’t ask for – CGI, an overly complicated backstory, and Michael Bay producing it.

Craven’s original vision for the villain was almost a little humorous – it was possible to acknowledge Krueger’s actions as being totally insane within the context of the real world. This time around, they made him a paedophile.

The film has sat comfortably at the 15% mark on Rotten Tomatoes for over a decade. 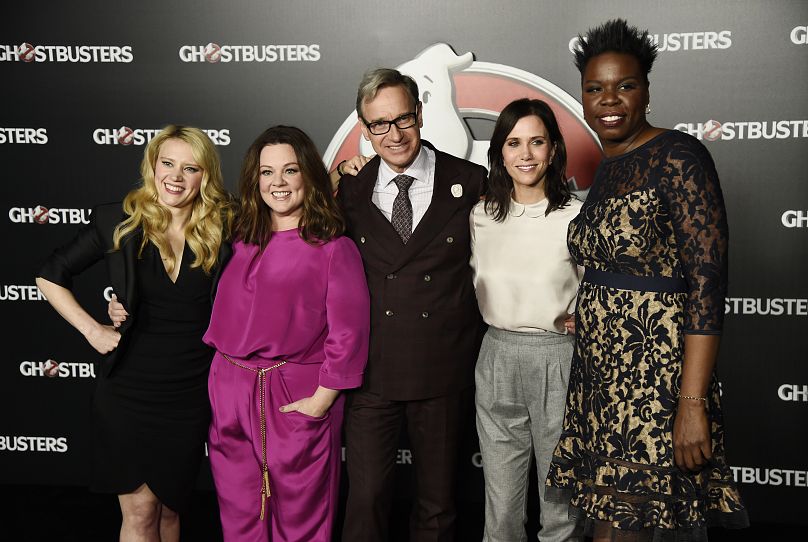 Original release: The first model of this supernatural comedy hit cinemas in 1984

It feels cruel to dump on the Ghostbusters reboot, given the masses of unwarranted and often unconscionable “criticism” the all-female cast received within seconds of the teaser trailer dropping.

But that stop the outcome of this take on Dan Akroyd’s paranormal classic from being a tad forgettable. In the eyes of some critics, this is worse than simply throwing in the towel and committing to being a bad film.

Ghostbusters’ greatest crime was its waste of comedic talent. Three Saturday Night Live legends and Melissa McCarthy’s relentless timing should not equate to Chris Hemsworth’s debut as a Himbo being the most cloying aspect of the movie. As a result, plans for a sequel were shelved when the film barely broke even during summer blockbuster season. To use Ghostbusters parlance – they crossed the streams.