Ukraine's President Volodymyr Zelenskyy adjusts his headphone as he participates in a media conference with NATO Secretary General Jens Stoltenberg at NATO headquarters.

Russian President Vladimir Putin has demanded that NATO not expand to Ukraine or any former Soviet states over, expressing concern over the extension of a military and political alliance founded to counter the former Soviet Union.

Some claim this issue is at the heart of why 150,000 Russian troops are massed near the Ukrainian border, sparking warnings of an imminent invasion. Moscow denies this.

But how does a country join NATO and how far away is Ukraine from becoming a member?

When was NATO founded?

The North Atlantic Treaty was signed in 1949 by 12 founding countries as an alliance to counter the Soviet Union.

The short treaty commits members to protect each other if another is threatened.

That article was first triggered after the terrorist attacks on September 11, 2001, against the United States with the invasion in Afghanistan.

Ukraine crisis: Why now? What’s the history? Will Russia invade?

What’s the process of joining NATO?

NATO has expanded to include 30 countries over the past 70 years and members may invite other European countries to join the organisation.

Those potential members must follow democratic values and contribute to Euro-Atlantic security in order to be considered.

Invitees will receive a membership action plan that advises them on how to become a member, a step that’s followed by accession talks.

An accession protocol to the treaty must then be signed unanimously by NATO members in order for the country to become part of the organisation.

How close has Ukraine come to joining the alliance?

At the 2008 NATO summit in Bucharest, the alliance welcomed Ukraine and Georgia’s aspirations for membership in the alliance and agreed that “these countries will become members of NATO”.

But the countries were not offered membership action plans, with NATO countries stating they would engage “to address the questions still outstanding” on the applications.

“There’s been no movement towards even that in the intervening nearly 14 years,” Samuel Charap, a senior political scientist at the RAND Corporation said of the action plans.

The Ukrainian Parliament adopted legislation in 2017 reinstating NATO membership as the country’s objective, with amendments later made to the Constitution.

Ukraine became an enhanced opportunity partner of NATO in 2020, which allowed for more information sharing and access to exercises with the organisation.

“Finland also has that status, and it’s probably the most capable and significant non-member partner of the alliance,” Charap said.

Current President Volodymyr Zelenskyy reiterated this month that Ukraine’s intention to become a member is “enshrined in the constitution (and) it remains unchanged”. 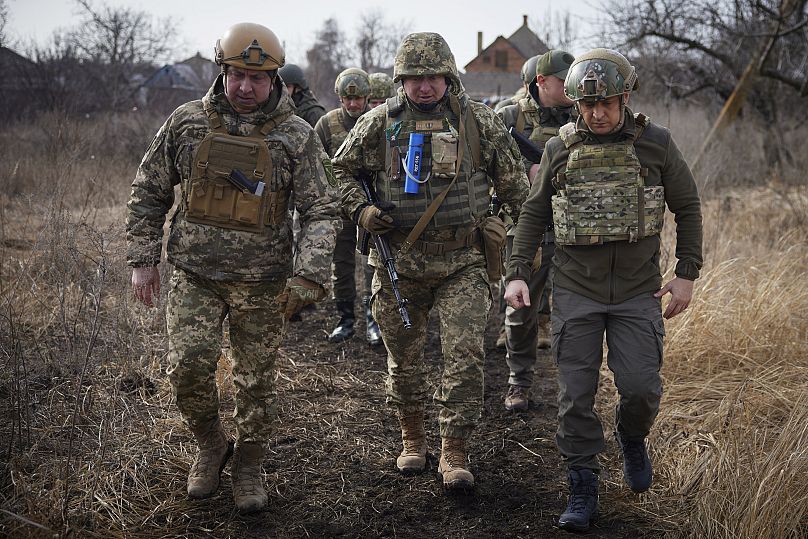 What are the hurdles to Ukrainian membership in NATO?

Rafael Loss at the European Council on Foreign Relations says that Ukraine doesn’t really satisfy the criteria for becoming a member.

On the political side, members need to implement reforms under the membership plan and on the military side, they’re meant to be “adding to the security of the alliance and not detracting from it,” Loss said.

That means that Putin’s actions in 2014 have made it much less likely that Ukraine would ever become a member due to the territorial dispute over Crimea, he says.

“By invading Ukraine in 2014 and by invading Georgia in 2008, Russia has effectively established a veto over those two countries’ membership,” Loss said.

William Alberque, director of strategy, technology and arms control at the International Institute for Strategic Studies, said that while Ukraine’s military has improved since 2014, they still need to implement legal, economic and anti-corruption reforms to join NATO.

“In terms of anti-corruption, reforms, and military reform, they have gotten closer, but, again, better on military and still hurdles on government corruption and judicial reforms,” Alberque added.

But he disagrees that Ukraine and Georgia’s territorial disputes with Russia have completely excluded them from membership.

“Germany was occupied by the USSR throughout the Cold War, and yet they joined the Alliance in 1955. In fact, the project to reunite Germany was one of the central causes of the West and of NATO,” he said.

Many say the question has not really been on the table since the refusals of a membership action plan to Ukraine and Georgia back in 2008.

If Ukraine were to join the alliance, member states would “essentially be internalising a war with Russia, so that is just extremely unlikely,” Charap said.

US President Joe Biden, for instance, has already said that he would not send US troops into Ukraine in the event of a Russian invasion, something that would be necessary for all 30 NATO members if the country joined the alliance.

“I think NATO membership for Ukraine is a long way away,” Loss said.

Every weekday, Uncovering Europe brings you a European story that goes beyond the headlines. Download the Euronews app to get a daily alert for this and other breaking news notifications. It’s available on Apple and Android devices.