A woman sleeps under an umbrella on a breakwater in front of the Mediterranean Sea in Barcelona, Spain, 16 June 2022.

Spaniards have spent the past week behind closed shutters in almost total darkness to shelter from the baking heat.

Fans buzz; air-conditioning is turned up full blast. School children are sent home from sweltering classrooms while bird chicks are tumbling from nests to their deaths as they try to escape temperatures soaring above 40°C.

In northern Spain, hundreds of firefighters have been battling four forest blazes in Navarre and another two in Catalonia.

As the country melts in its earliest heatwave in over 40 years, analysts say Spain must adapt to a new reality of earlier heatwaves with longer droughts.

The root cause of the world’s changing weather has been blamed on climate change, experts say, and its secondary effects could change daily life for millions of Spaniards.

“Spain could be one of the worst affected by climate change along with other parts of southern Europe. Now we are in mid-June, and we are already in a heatwave. We cannot say if we will see 50°C yet but it is a possibility,” Ruben Del Campo, a forecaster with Spain’s state meteorological agency, Aemet, told Euronews.

“Another effect will be drought. Forest fires are not caused by climate change. But high temperatures, wind and lack of humidity mean forest fires are more difficult to control.” 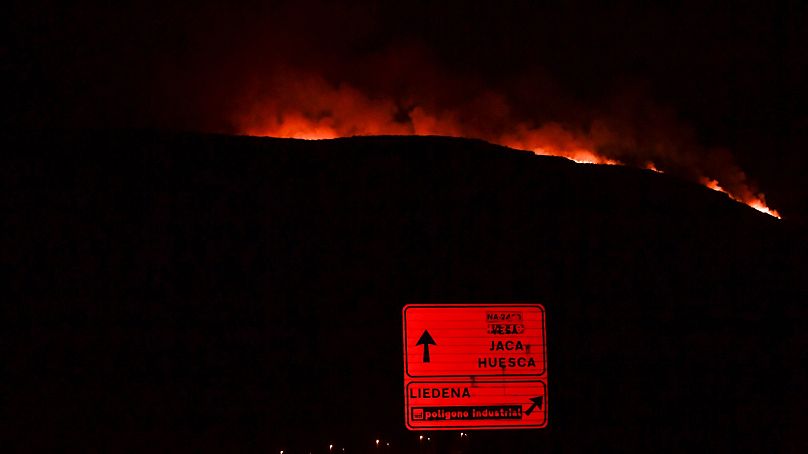 Smoke and fire billow from the top of a hill as forest fire affects the zone near Liedena around 40 kilometres from Pamplona, northern Spain, June 16, 2022.AP Photo/Alvaro Barrientos

Del Campo said Spain must plan ahead for its new reality of earlier heatwaves that have left the country suffocating, even before summer officially starts on 21 June.

“We have to prepare ourselves for these heatwaves arriving earlier and these temperatures are going to last longer. We have to adapt more to this reality.”

Meteorologists define arid areas of countries as those which have insufficient rainfall to support agriculture.

“In these areas, the rainfall is overwhelmed by evaporation,” he said.

“Spain has to adapt agriculture, the management of water and tourism, which is one of our major industries, will have to adapt to this new reality.”

Cristina Linares, co-director of climate change, health and urban environment at the Carlos III Institute of Health, a government body, said Spain and other nations must plan for a future world of regular, and earlier heatwaves.

“Climate refuges” should be planned in cities to allow people to escape the heat at no extra cost, Dr Linares told Euronews.

Low to moderate stress prepares the mind to deal with…

“These could be shopping centres, which are usually air-conditioned, libraries, churches or even public transport,” she added.

These refuges should be available to vulnerable people like the elderly, pregnant women or those with respiratory problems, she said.

In tourism-dependent Spain, the model of sun, sand and sea should change, said Dr Linares, with warnings against drinking heavily in hot weather being reinforced.

“Countries where the people are not accustomed to living in hot (temperatures) should be warned of the dangers of alcoholic drinks,” she said.

Studies in the US and Mexico have shown how hot weather changes behaviour, making people more susceptible to domestic violence or even provoking episodes among people with existing mental conditions like Parkinson’s Disease.

One study from Japan said cases of suicides rose during heatwaves between 1972 and 2015. 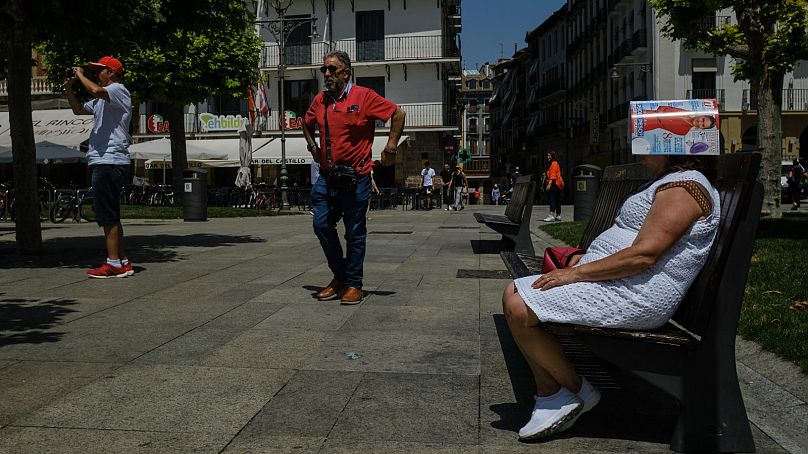 Roberto Brasero, a television weatherman for Antena 3 channel, said he often finds himself standing in front of maps of Spain which resemble a country on fire. During heatwaves, the map is coloured deep red or even purple.

Brasero said Spain and other countries that will be susceptible to heatwaves must think again about their “water politics”.

“We have to think about a limited resource: water. We are not talking about golf courses because they are largely watered with recycled water anyway. I mean the infinite showers that people have during weather like this,” he told Euronews.

Brasero said Spain must plan ahead for summers when temperatures always reach 40°C in large parts of the country, not in cities like Cordoba or Seville in southern Spain which are habitual hot spots in August.

“Climate change does not respect borders. The less carbon we use, the less petrol we use the better,” he said.

Ferran Dalmau, an expert in forest fires and CEO of Medi XXI GSA, an environmental engineering consultancy, had returned home from helping firefighters near Valencia before he spoke to Euronews.

“It is impossible to look into the future and know what is going to happen for certain. But we have seen successive years of more and hotter heatwaves,” he said.

“What is changing in southern Spain is the vegetation is becoming starved of rain and changing character. If the vegetation dies we have insects and plagues. Then we have forest fires which are a consequence of climate change.”

Dalmau said the combination of rural depopulation combined with more frequent heatwaves means the land becomes abandoned and more susceptible to forest fires as scrub grows where well-tended crops used to be.

For decades, Spaniards have left villages in search of better lives and jobs in cities on the coast, leaving the countryside to become España Vacia (Emptied Spain).

Among Spain’s 8,131 municipalities, 3,403 are classed as at risk of dying out, according to the Spanish National Statistics Institute – almost 43%.

“This is a perfect mix to cause more massive fires and fire storms,” said Dalmau.

‘Seized by some invisible hand’: What it feels…