Iceland’s most famous black sand beach is a lure for international visitors, but a combination of geology and the raw power of the ocean make it a deadly attraction.

The black sands and roaring waves of Reynisfjara beach are among the main attractions along the scenic south coast of Iceland. It’s known for its haunting beauty, but tourists have lost their lives to sneaker waves that carried them out to sea.

Now local authorities are working on a plan to make the area safer.

So what exactly are sneaker waves?

Sneaker waves are a natural phenomenon which happens when several smaller waves combine their energy to create one bigger wave. It can happen because of ocean currents, or in the case of Reynisfjara, because of an underground cliff just offshore, which adds to the pulling effect of the wave.

At Reynisfjara beach, sneaker waves come in much further than other waves, are incredibly powerful, and can quickly sweep an adult out to sea.

People who get caught in a sneaker wave find escaping back to shore extremely difficult – and with a water temperature just a few degrees above freezing, hypothermia can set in quickly, leading to fatalities.

Following last month’s most recent death at Reynisfjara, the fifth fatality in the past seven years, a heated discussion resumed over whether to close the beach or implement new safety measures.

“Reynisfjara has the whole package — stunning basalt columns, beautiful lava formations, the black sands and lovely views of sea stacks, glaciers and bird cliffs,” said Perla Magnúsdóttir, a guide in Iceland that regularly takes tourists to its most famous littoral.

“And if you’re lucky in the summer, you could even spot puffins flying over the area.”

Indeed, the site is wildly popular among tourists. According to data from Visit South Iceland, about 133,000 people visited Reynisfjara in the first half of 2022. 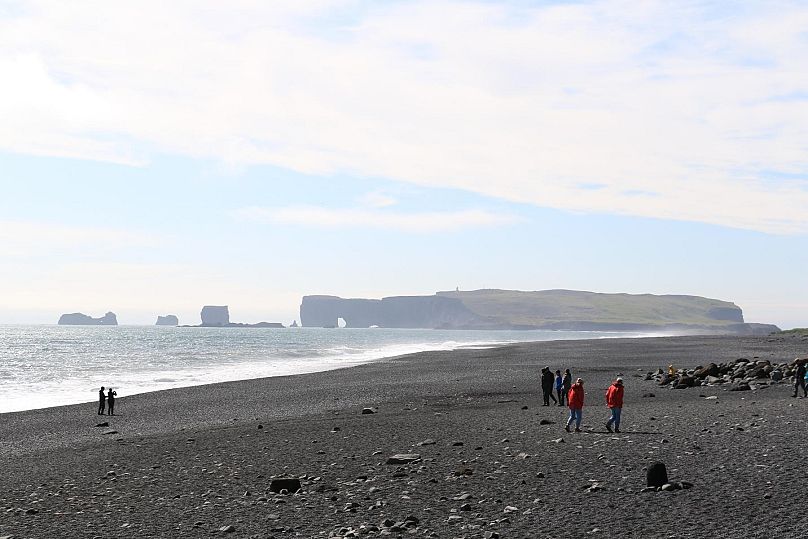 A colour-coded warning system in the works

Several signs on the path to Reynisfjara state the danger of waves, which are hard to miss. But after the most recent death, authorities decided additional measures were needed.

The Icelandic Road Administration will install a new light system next to the existing signs by the parking lot and footpath in Reynisfjara, and a camera system will be set up to monitor the area.

Officials used police incident reports to determine what wave height poses a significant risk to visitors. The danger is colour-coded with green, yellow, and red to indicate the threat posed by waves.

“We are very hopeful that the new lighting system as an add-on to the signs will prevent travellers from entering dangerous areas,” said Stefán Friðrik Friðriksson, a project manager with Visit South Iceland. “It’s good that these measures have been taken to ensure safety in Reynisfjara.”

Guides have witnessed many close calls at the beach.

“I have seen some hats, cameras and backpacks taken into the sea and a lot of wet and cold feet,” said Perla.

“I have also seen a lot of people in shock since these sneaker waves don’t give any signal before coming much closer inshore.

“A few weeks ago, I managed to rescue one woman after she fell and a wave got to her. She started laughing since she didn’t understand the seriousness of the matter,” she added.

Some government officials have advocated for the beach to be closed when the waves are most dangerous.

“We can’t face this situation for much longer,” Minister of Tourism Lilja Dögg Alfreðsdóttir told Icelandic news outlet Vísir last month. “One of the things which we can do is close Reynisfjara, but temporarily,” she said.

“No one is talking about closing Reynisfjara completely. Just when the tides are at such a point that they can prove deadly. But we will, of course, do this in cooperation with the landowners and the tourism industry.” 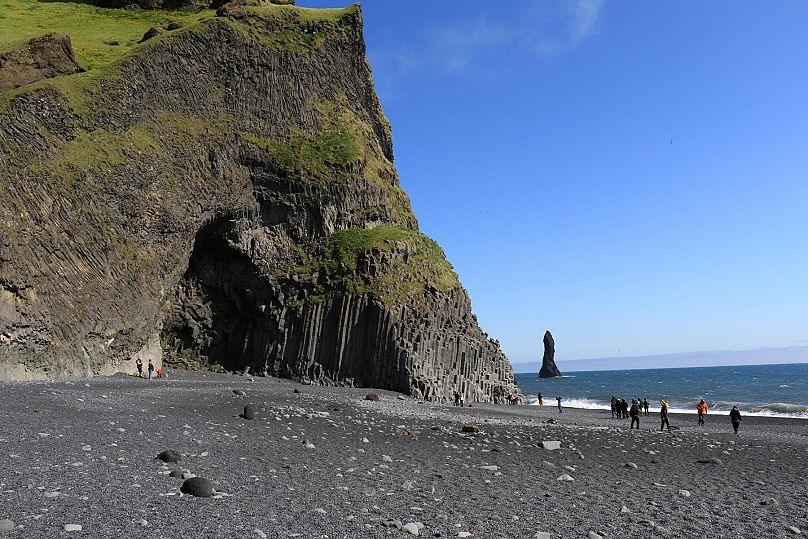 Tour guide Perla Magnúsdóttir is hopeful the new system will get travellers’ attention, in addition to her personal warnings.

“I think it is a good idea to try some safety system instead of closing the place altogether – like some people have been suggesting,” said Perla.

Guides are trained to warn their groups of travellers of the dangers, and many try to reach tourists travelling alone, without a guide.

“I am usually such an easygoing guide, but just before I take travellers to this place, I turn into this super strict person,” said Perla.

“I tell my guests to forget everything that they know about how to behave on a “normal” beach. I explain that they can never turn their back against the sea, and they should always keep a few meters between them and the sea and be on the lookout for the so-called sneaker waves.”

Perla also warns the visitors that if she sees them getting too close to the sea, she’ll act like a referee and blow a loud whistle to warn them to get back further.

Critics of the new system have argued the lights will be distracting, and Reynisfjara will lose some of its charms.

Perla disagrees: “All of Iceland can be dangerous; the nature here is so raw and untouched,” she said.

“But that doesn’t mean we shouldn’t enjoy it! We simply need to respect the power of it, but also try new ways to keep our travellers informed and learn to enjoy it in a safe and respectful way.”

As Biden battles COVID, some health issues of past US presidents were kept hidden from public