Japan is on an innovative path to carbon neutrality and it’s also promoting low carbon technologies in developing countries where cutting greenhouse gas emissions is often hard to afford. In Kenya, for example, it is using its technology and resources to reduce emissions whilst also helping local populations and industry.

In the Krystalline salt ponds of Kenya, 250,000 tonnes of salt are harvested every year. The company is one of Eastern Africa’s main producers and thanks to Japanese cooperation, it has managed to cut down its carbon footprint by 25%.

Krystalline Salt runs using one of the largest industrial solar panel systems in Kenya. Financed by Japan, this solar plant provides 1.6 GWh of clean electricity annually. It allows the company to overcome the local grid’s unstable supply. This is extremely beneficial to Krystalline because, as its general manager Dinesh Shikotra says, electric power stability is their main challenge. “We can suffer up to five power cuts a day and that messes up our production. The end result is that we’re not able to cope with the demand”, he adds. 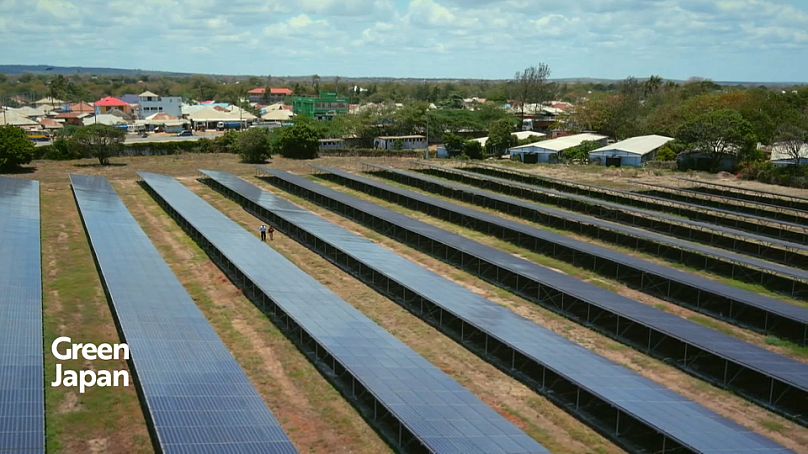 The grid’s unstable supply forced the company to invest in polluting and expensive generators until 2016 when the solar plant was built. Shikotra describes harnessing solar energy as a dream come true for the company.

This was made possible by the Joint Crediting Mechanism which is a bilateral system of cooperation between Japan and 17 developing countries. This carbon market mechanism from 2013 is aligned with Article 6 of the Paris Agreement from 2015. It allows Japan to share its technologies and resources facilitating carbon neutrality worldwide.

Anne Nyatichi Omambia is the chief compliance officer and climate change coordinator for the National Environment Management Authority (NEMA). She says that the Joint Crediting Mechanism “works through the support of low carbon development projects, through technology transfer and technical skills enhancement. It is one of the ways in which private sector players and even the government can achieve low carbon development, while at the same time supporting the process of industrial growth.”

Krystalline Salt’s solar plant has allowed the company to increase its production capacity and to save on its electricity bill. According to Shikotra, since the power plant was created, they have saved around 5000 tonnes of carbon emissions and created more employment in the local community. Some of their savings are also invested in social action, like students ‘grants.

In the heart of the Masai region, another project using Japan’s expertise in clean energy is also changing people’s lives.

David Nkurruna, a 15-year-old school student, lives in a remote off-grid village in this area. His solar lantern allows him to study at home at night. He is part of a project created by Japan’s private tech giant, Panasonic, called ‘Light Up The Future’. 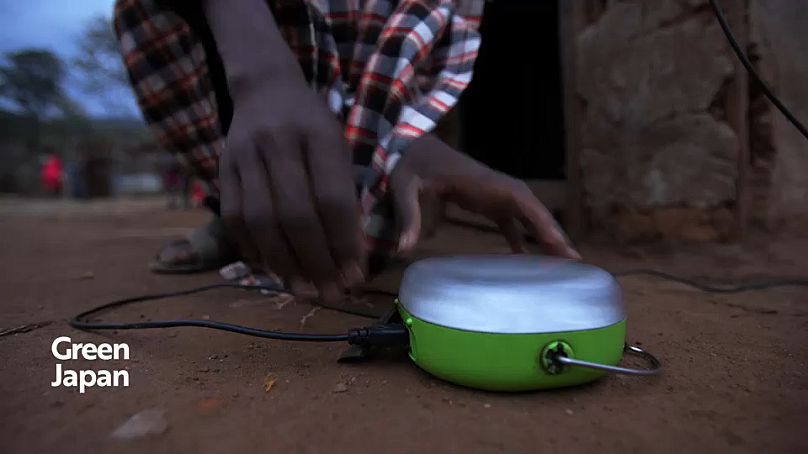 David tells us that before he was given the lantern, he used firewood and kerosene lamps which made studying very difficult because of the smoke. “When we got these lights, my marks went up because I could study well,” he explains.

350 primary students were each donated a solar lantern at the Ilkimati school. The aim is to reduce drop-outs and improve academic performance. Lawrence Nzai, a project officer for World Vision Kenya, tells us that they have improved enrolment at school but also attendance. This is because children who didn’t do their homework thought they would be punished and so they would not come to school. As part of the project, the school was also supplied with solar panels and was able to increase the number of lessons. Every evening students now have one lesson and then they go home.