A Kansas woman’s death last March has been attributed to an allergic reaction to the Moderna coronavirus vaccine, an autopsy has confirmed, according to reports.

Jeanie Evans, 68, struggled to breathe and speak after receiving the shot in Ozawkie, Kansas, even after she was given an EpiPen, a device meant to treat allergic reactions, the Topeka Capital-Journal reported. She later died at a hospital.

Her death was reported as “anaphylaxis due to COVID-19 vaccination.” 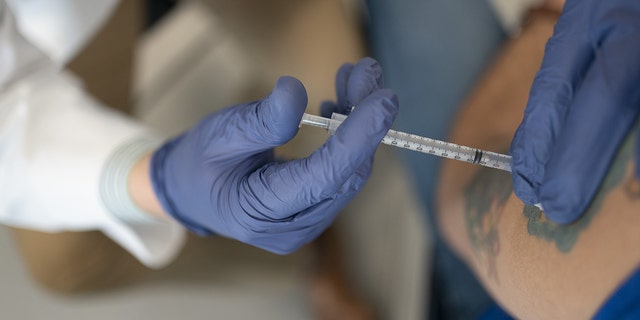 A Kansas pharmacist administers a dose of the COVID-19 vaccine to a resident on Friday, March 5, 2021.
(Getty Images)

The woman had previously had an anaphylactic reaction to the drug Albuterol and she suffered from hypertension, environmental allergies, reactive airway disease and allergic disorder, the autopsy said, according to the Capital-Journal. 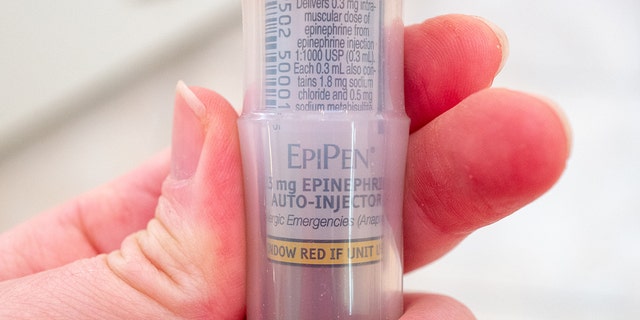 up of an EpiPen logo on an epinephrine autoinjector held in a person’s hand, Feb. 17, 2021.
(Getty Images)

Evans’ family says they plan to sue over her death, the newspaper reported.

Anaphylaxis due to the vaccine is exceedingly rare, only occurring in about five of every 1 million people who receive it, according to the U.S. Centers for Disease Control and Prevention. (Having an anaphylactic reaction does not mean the person will die.)

Around 213 million Americans, or 64.2% of the U.S. population, had been fully vaccinated by Thursday, according to NPR.

People with spinal cord injuries at higher risk for depression