Buckingham Palace announced on Thursday that Queen Elizabeth II had died — bringing to an end a 70-year reign. Elizabeth was the UK’s longest reigning monarch, taking the throne in 1952 upon the death of her father, King George VI.

She has been succeeded by her own son, Charles, will be known as King Charles III. Buckingham Palace said the King and Queen Consort would stay at Balmoral overnight before returning to London on Friday.

Tributes flood in for Queen Elizabeth II, who has died aged 96.The UK’s new monarch, King Charles III, will address the nation at 19h CEST.Paying tribute, he said “we are mourning a cherished sovereign and a much-loved mother”.Government set to announce a period of national mourning At midday on Friday, the bells will toll at Windsor Castle, Westminster Abbey and St Paul’s Cathedral.An hour later there will be a gun salute at Hyde Park, with one round fired for each year of her life.King Charles III: Who is the UK’s new monarch?How is Europe reacting to the death of Britain’s longest-reigning monarch?Obituary: Queen Elizabeth II’s life of service, dedication and dutyWatch Euronews TV live in the video player above.

Cannon shots were fired across the United Kingdom – from London to Belfast — on Friday afternoon in tribute to Queen Elizabeth II, who died on Thursday aged 96.

There were 96 rounds fired to mark each year of her life.

The shots were fired in London at Hyde Park and the Tower of London, but also at the English prehistoric site of Stonehenge and in the British overseas territory of Gibraltar, in southern Spain. 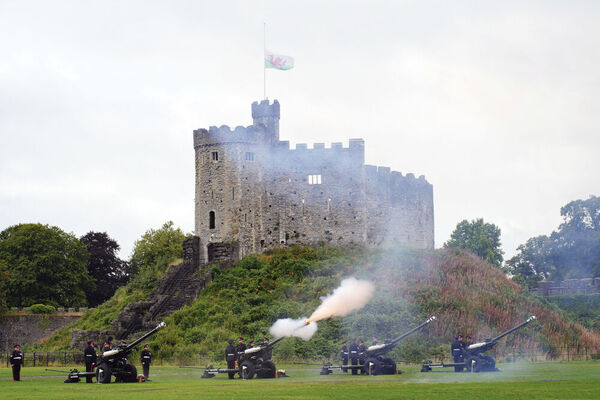 Members of the 104 Regiment Royal Artillery during the Gun Salute at Cardiff Castle to mark the death of Queen Elizabeth II, Friday Sept. 9, 202213:45

The Premier League has postponed its upcoming round of matches as a mark of respect following the death of Queen Elizabeth II.

This adds to the cancellation of high-profile golf, cricket and horse racing events across the country on Friday.

England’s top-flight clubs held a meeting on Friday and said they wanted to “pay tribute to Her Majesty’s long and unwavering service to our country.”

The English Football League — the three divisions below the Premier League — also called off games scheduled for the weekend.

Bells tolled across Britain on Friday in honour of Queen Elizabeth II as the nation started 10 days of mourning for its longest-serving monarch.

In imposing city cathedrals and small-town chapels, the bells began ringing at noon (1100 GMT) as part of a long-planned, carefully organised series of events to mark the queen’s passing.

At the same time, the British Parliament opened a special session to pay tribute to the queen.

An hour later, a special gun salute is planned, with 96 shots, one for each year of Elizabeth’s nearly-century-long life.

King Charles III has left Balmoral Castle and is on his way to London, where he is expected to meet with Prime Minister Liz Truss and deliver a speech to the nation.

Britain has begun a 10-day mourning period, with bells tolling around the country and 96-gun salutes planned in London — one for each year of the queen’s long life.

The king takes the throne at a time when many Britons are preoccupied with an energy crisis, the soaring cost of living, war in Ukraine and the fallout from Brexit.

Monkeypox could be gone soon — at least its name

Florida warns residents of giant African land snail that may… 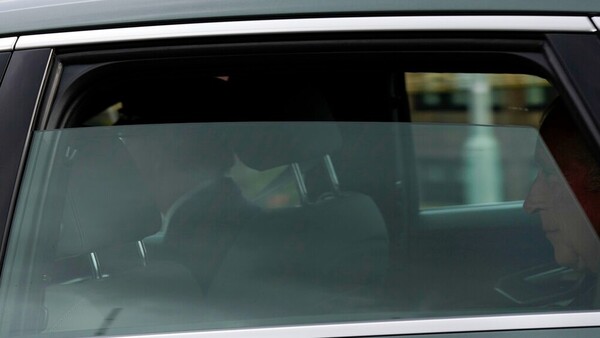 The death of Queen Elizabeth II has left many wondering what will happen to British money that bears her image, and whether it would be replaced by portraits of the new King Charles III.

Financial authorities sought to reassure people that there would be no big changes right away, but said little else.

“Current banknotes featuring the image of Her Majesty The Queen will continue to be legal tender,” the Bank of England said on its website. “A further announcement regarding existing Bank of England banknotes will be made once the period of mourning has been observed.”

The Queen was the first monarch to feature on British bank notes after the Treasury gave the central bank permission to use her image for a new 1 pound note issued in 1960.

Businesses, events can be organised during the mourning period, says UK government

Following the death of Queen Elizabeth II, the UK government issued guidance on observing the national mourning period, stating that businesses can remain open and events like concerts and football games do to need to be cancelled.

“This is at the discretion of individual organisations,” the statement said.

“As a mark of respect, organisations might wish to consider cancelling or postponing events or closing venues on the day of the State Funeral. They are under no obligation to do so,” it stated.

“In keeping with the tone of national mourning, organisers may wish to hold a period of silence and/or play the National Anthem at the start of events or sporting fixtures, and players may wish to wear black armbands.”

The English Football League has already postponed Friday’s games between Burnley and Norwich in the Championship and Tranmere and Stockport in League Two.

Friday’s newspaper headlines on the continent have all paid tribute following the death of Queen Elizabeth II.

Here is a round-up of some of the most notable front pages: 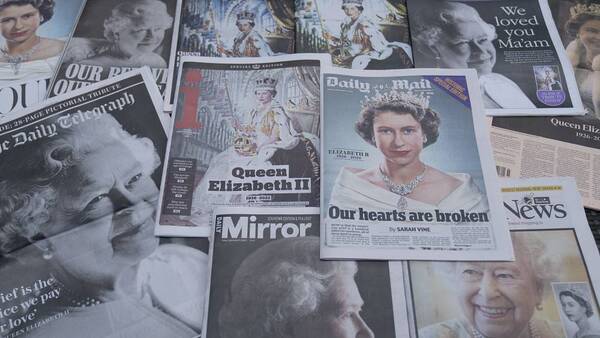 ‘The world weeps’: Europe’s newspapers pay tribute to the Queen

Queen’s passing is a moment of enormous change for the world, says Archbishop of Canterbury

The head of the Anglican church, Justin Welby, says that the death of Queen Elizabeth II is a moment of enormous change for Britain and the world.

The queen – who was also the supreme governor of the Church of England – was on the throne for 70 years.

Welby, the Archbishop of Canterbury, said that for many people, “a part of our lives we’ve taken for granted as being permanent is no longer there.”

He added that with the Queen’s death “there is an enormous shift in the world around us, in how we see it and how we understand ourselves.”

Buckingham Palace has announced that a seven-day period of mourning will be observed from today, until after the Queen’s funeral, the date of which has yet to be confirmed.

“Following the death of Her Majesty The Queen, it is His Majesty The King’s wish that a period of Royal Mourning be observed from now until seven days after The Queen’s Funeral,” the Palace said in a statement.

Flags at Royal Residences will remain at half mast throughout the period.

Members of the public who wish to leave flowers have also been guided towards dedicated sites in Green Park and Hyde Park, and at Cambridge Gate in Windsor.

Europe’s worst passport: Why has Kosovo still not been given visa-free…