A Ukrainian serviceman inspects a site after an airstrike by Russian forces in Bahmut, Ukraine, Tuesday, May 10, 2022.

Ukraine’s gas transmission operator says it will shut off almost a third of Russian gas that passes through the country onward to Europe, citing ‘force majeure’. This could push up natural gas prices in Europe.

On Tuesday, Ukrainian forces made strategic gains, pushing Russian forces back in some parts of the country. Meanwhile, the US House of Representatives has voted overwhelmingly to send a new $40 billion aid package to Ukraine.

See how the day’s events unfolded in our blog below.

Ukraine to shut off a third of Russian gas transitting to Europe, citing ‘force majeure’

Ukraine President Volodymyr Zelenskyy cited some good news Tuesday from the front, where he said the Ukrainian military was gradually pushing the Russian troops away from Kharkiv.

Ukrainian foreign minister tells Politico that war would look very different if they’d received military aid sooner. “This is where all of us lost time and allowed Putin to gain what he shouldn’t have,” he said.

The US House of Representatives has overwhelming backed a new, $40 billion Ukraine aid package.

Kharkiv’s governor, Oleg Synegubov, claims that Russian troops have left behind “deadly traps” as they’ve pulled back from some areas around the city, and urged residents to stay in their shelters rather than rush out to liberated settlements.

“The enemy is insidious and is doing everything to hurt as many civilian Ukrainians as possible,” Synegubov wrote on Telegram.

Kharkiv, Ukraine’s second-largest city, has been the focus of intense Russian shelling over the past month and a half. On Tuesday, Ukrainian officials claimed that Ukrainian troops had retaken several towns around the city.

Russian gas flows to Europe via Ukraine, but at a lower rate

Russian gas producer Gazprom said it continues shipping gas to Europe via Ukraine, with volumes on Wednesday seen at 72 million cubic metres (mcm), down from 95.8 mcm on Tuesday.

Gazprom did not say if that level was in line with requests from European clients.

Volumes have declined after nominations for Russian gas transit via Ukraine at the Sokhranovka entry point for May 11 fell to zero, according to data from Ukraine’s gas pipeline operator, following Kyiv’s warning of shutting down supplies via that route.

Ukraine’s President Volodymyr Zelenskyy has paid tribute to the country’s first president, Leonid Kravchuk, who died at the age of 88 on Tuesday.

“Leonid Kravchuk knew what freedom costs, and with all his heart he wanted peace for Ukraine. I’m sure we will implement it. We will achieve our victory and our peace,” he said.

Kravchuk led Ukraine to independence following the collapse of the former Soviet Union, and served as its first president until 1994.

Meanwhile, in its own briefing this morning, the Russian Defence Ministry said that during the night Russian operational-tactical and army aviation hit 93 Ukrainian assets, including two command posts, 69 areas of manpower and military equipment concentration, and three ammunition depots.

None of the claims could be independently verified.

According to the Guardian’s diplomatic editor, Patrick Wintour, support in Sweden for the country joining NATO continues to grow, with a survey by Sweden Aftonbladet showing 61% of Swedes in favour, up 4% since April. 20% are opposed to joining.

British Prime Minister Boris Johnson is set to visit both Sweden and Finland later today, to discuss the war in Ukraine and the “security of Europe more broadly,” according to his official spokesman.

As things stand, Sweden is expected to submit a joint application with Finland next week, with discussions among political parties ongoing.

Western allies begin to weigh up costs of rebuilding Ukraine

Even as the destruction in Ukraine continues, Western governments that have backed the country in its war against Russia are beginning to weigh up the costs and planning that will be needed for a postwar reconstruction effort that will rival anything seen since the second world war, writes the Financial Times.

The project, officials warn, is going to be complex and costly, running into hundreds of billions of euros, and it will have to go far beyond simply rebuilding bridges and municipal buildings.

In fact, the FT writes, it will entail the wholesale reconstruction of Ukraine’s private sector and reforms to an economy that, after suffering from eight years of simmering conflict, is in line for a 45% crash in output this year.

It will also depend on whether Russia will ever pay for any of the damage.

The EU appears no closer to a Russian oil embargo

Unlike other rounds of sanctions against Moscow approved swiftly by member states, the EU appeared no closer to agreeing on a Russian oil embargo nearly a week after it was proposed by the Commission.

When Ursula von der Leyen first unveiled the proposals last Wednesday, sources from the both Commission and several EU member states were “optimistic” that the sixth – and most complicated package of Russian sanctions focusing on a permanent embargo on Russian oil – would pass within a reasonable timeframe.

Yet within hours of the final draft landing with ambassadors of each member state, cracks appeared in the much-vaunted cohesion and unity of purpose.

Read Euronews’ analysis of where we currently stand below. 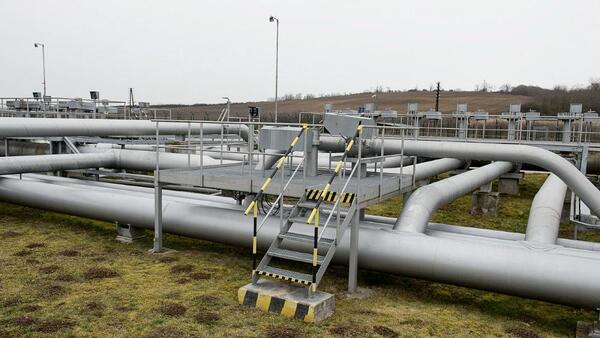 A week on, the EU appears no closer to a Russian oil embargo

The band, which was given special permission by the Kyiv government to perform at the competition, stole the show on Tuesday night, receiving a standing ovation mid-way and long applause afterwards as the group’s singer Oleh Psiuk thanked the audience for supporting Ukraine. 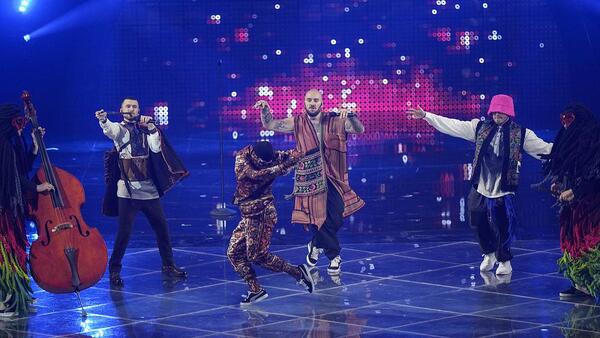 Eurovision 2022: Ukraine among 10 to reach the final after first night

Video: How the cost of Ukraine’s reconstruction will eclipse the entire Marshall Plan

Ukraine war: US and EU to ramp up sanctions on Russia amid outrage over Bucha…

Czech Republic to let some workers stay on after testing…

What is it like to be a professional footballer during the…