Ukrainian soldiers watch debris from a Russian tank after recent fights in the town of Trostsyanets, Monday, March 28, 2022

The unprovoked war Russia has waged in Ukraine is into its second month. As Moscow’s offensive stalls in the face of strong Ukrainian resistance, Putin’s forces continue to pound targets from afar.

Follow our blog below for the latest developments, or watch Euronews in the video player above.

Negotiators from Ukraine and Russia are due to begin a new round of peace talks today in Istanbul.Ukraine claims to have “liberated” the town of Irpin, near Kyiv, from Russian forces — one of several areas in which the Ukrainian army has made reported gains.The US believes the Ukrainians have also retaken the town of Trostyanets, south of Sumy, in the east.Russian Oligarch Roman Abramovich and two Ukrainian peace negotiators were the victims of a suspected poisoning earlier in March.Kyiv suspended all “humanitarian corridors” on Monday for fear that Russia may attack civilians using them.Mariupol officials have estimated that 5,000 people have died in the besieged city since the Russian invasion. The mayor has warned of a “humanitarian catastrophe’ if evacuations continue to be blocked.

Turkish President Erdogan has given an address to delegates from Russia and Ukraine who are meeting in Istanbul today for another round of peace talks.

Erdogan urged them to establish a ceasefire as soon as possible, and said negotiators had an “historic responsibility” to bring peace to the conflict, which is already in its second month.

Ukraine’s government says they’ll resume the evacuation of civilians from three humanitarian corridors, a day after the evacuations were halted due to security concerns, with authorities saying they were fearful of Russian “provocations.”

Tens of thousands of people are still trapped in Mariupol in particular. Ukrainian officials estimate 5,000 civilian casualties in the besieged southern port city which has come under intense Russian bombardment for several weeks.

While thousands of people have managed to get out of Mariupol — and other cities — in convoys of buses and cars, Ukraine’s government was concerned enough that Russia might attack fleeing civilians on Monday that it suspended the humanitarian corridors.

British assessment: Ukrainian troops are making some progress, but Russian forces are regrouping

A new assessment of the state of the war in Ukraine released Tuesday morning highlights how Ukrainian troops have been able to make modest gains, while the Russians have been regrouping their forces.

The Ministry of Defence report says the Ukrainians have made counter strikes against Russians in Irpen, Bucha and Hostomel and that Russian forces have been pushed back. However it also notes that Russians are “maintaining blocking positions” as they try to reorganise and reset their forces.

Erdogan: Russia and Ukraine both have “legitimate concerns” as Istanbul talks get underway

Negotiators from Russia and Ukraine are in Turkey today for the latest round of peace talks.

They were welcomed to the Dolmabahçe Palace in Istanbul on Tuesday morning by Turkish President Recep Tayyip Erdogan who said both Ukraine and Russia have “legitimate concerns” and called on them to “put an end to this tragedy.” 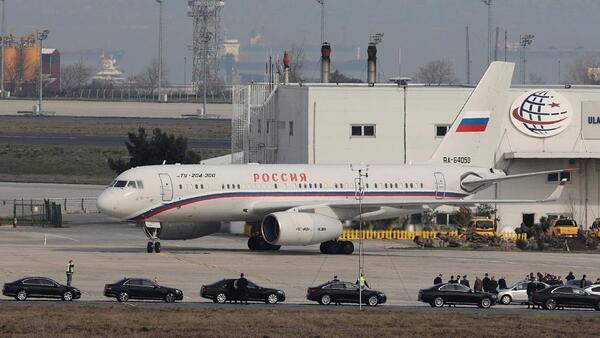 How past horrors are pushing Polish Jews to help fleeing Ukrainians

Poland, which shares a long border with Ukraine, has taken the brunt of the refugees fleeing Russia’s invasion of their southern neighbour.

Among those mobilising to help is Poland’s Jewish community.

With a not-so-distant history of being both displaced and seeking refuge, Jewish people in Poland are acutely aware of what it is like to be in Ukrainians’ shoes. 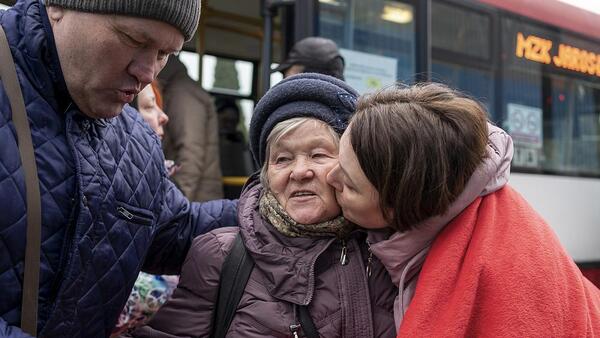 How past horrors are pushing Polish Jews to help fleeing Ukrainians

The head of the Norwegian Refugee Council Jan Egeland is warning Western countries not to be tempted to cut their aid budgets for the world’s poorest countries, as they rush to help Ukraine.

“Never in my 40 years of humanitarian work have I seen three million people displaced by war and conflict every week for a month,” Jan Egeland, secretary general of the Norwegian Refugee Council, told the AFP news agency

Since the beginning of the Russian invasion, more than 10 million Ukrainians — a quarter of the population — have become displaced.

Nearly 3.9 million have even fled the country to find refuge in neighboring states, although this flow has slowed significantly in recent days.

Poland alone hosts more than half of the Ukrainians who have fled their country, but Romania, Moldova, one of the poorest countries on the continent, and Hungary and Slovakia have also received several hundred thousand refugees each

Egeland says the European response to the crisis “has so far been very good in relation to the needs” raising $1.5 billion for a UN appeal which launched on 1 March. But he notes that the crisis in Yemen involved more people, who were even poorer, and the appeal raised less than half the amount that Ukraine raised.

“There is no doubt that a war in Europe is horrible news for the populations of the Sahel” says Egeland.

“Everything has become more expensive, wheat from Russia and Ukraine could now fail them, prices are skyrocketing, fuel is more expensive, our [humanitarian] activities are more expensive — all this while some donors are redirecting their aid from very poor countries to Europe.”

US President Joe Biden said he would make “no apologies” and wasn’t “walking anything back” after his weekend comment that Russian President Vladimir Putin “cannot remain in power.”

He made the comments late Monday evening in an attempt to turn the page on a controversy that clouded his recent trip to Europe — with many people interpreting his comments as a call for regime change in Moscow, something the White House has rushed to explain is not the case.

“I was expressing the moral outrage that I felt toward this man,” Biden said. “I wasn’t articulating a policy change.”

The president’s jarring remark about Putin, which were apparently made unscripted, came at the end of a Saturday speech in Warsaw. The speech was intended to rally democracies for a long global struggle against autocracy but drew criticism in the United States and rattled some allies in Western Europe.

On Monday evening, Biden rejected the idea that his comment could escalate tensions over the war in Ukraine or that it would fuel Russian propaganda about Western aggression.

“Nobody believes … I was talking about taking down Putin,” Biden said, adding that “the last thing I want to do is engage in a land war or a nuclear war with Russia.”

Biden said he was expressing an “aspiration” rather than a goal of American foreign policy.

New talks between Russia and Ukraine are due to begin on Tuesday in Istanbul, to try and bring an end to the war which is now in its second month.

The talks come as Russia says it wants to refocus its invasion efforts to consolidate ground held in the east of the country, in the predominantly Russian-speaking Donbas region. However Ukrainian forces have started to regain ground in several key towns.

The Russian negotiators arrived on Monday in Istanbul, where a previous round of talks took place on 10 March at foreign minister level but failed to produce any progress. The talks then continued by video conference.

One of the important points of the negotiations is “security guarantees and neutrality, the nuclear-free status of our state”, Ukrainian President Volodymyr Zelensky told Russian media on Sunday.

This point “is being studied in depth” but it will require a referendum and security guarantees, he warned, accusing his Russian counterpart Vladimir Putin and his entourage of “dragging things out”.

Kremlin spokesman Dmitry Peskov, however, tempered expectations on Monday, pointing to the lack of “significant progress” in the negotiations so far.

Ukrainian Foreign Minister Dmytro Kouleba later said on his ministry’s website that Zelensky had “given very clear instructions to our delegation. We do not bargain for people, territory or sovereignty”.

Permanent daylight saving time may be harmful to our health, experts say