As the new week begins, the battle for eastern Ukraine continues to be both bloody and uncertain, with Russian forces focusing their attacks on the Donetsk region in the east.

Meanwhile, Sweden and Finland’s moves to join NATO have raised tensions with Russia, and negotiations over a new set of EU sanctions continue to hit roadblocks.

See our blog below for a summary of Monday’s key developments.

Ukrainian troops have regained control of part of the border with Russia near Kharkiv, pushing Russian forces back into their own country, according to the Ukrainian Ministry of Defence.

McDonald’s has begun the process of selling its Russian operations.

The Russian rouble climbed towards a near five-year high against the euro on Monday, supported by continuing restrictions on currency trading.

The US could ratify Finland’s NATO membership by August, according to Republican Senator Mitch McConnell.

French carmaker Renault says it is selling its Russian branch to Moscow City and its stake in Russian company Avtovaz to a local state-owned institute.

Belarusian special operations forces have been deployed along the country’s border with Ukraine.

Russian forces may have run out of combat-ready reservists, says US think tank.

NATO’s Secretary General Jens Stoltenberg said on Sunday that Ukraine “can win” its war with Russia, and that NATO must continue to offer military support to Kyiv.

Norway, Denmark and Iceland — all members of the NATO military alliance — have promised defence support for their Nordic neighbours Sweden and Finland during the NATO membership process.

The countries are promising to “assist with all means necessary” if either Sweden or Finland “are exposed to an attack before they formally become members of NATO,” Norwegian Prime Minister Jonas Gahr Støre said on Monday.

In a joint statement of support the Prime Ministers of Denmark, Iceland and Norway said they welcome the decisions of Finland and Sweden to apply for NATO membership, and emphasised that as Nordic countries they already share the same common values and principles as NATO.

“We will further strengthen our Nordic defense co-operation. Our military forces work well together, and have trained together for many years. We greatly appreciate the significant contributions that Finland and Sweden have already made as partner countries in NATO”, said Støre.

Sweden has announced it wants to become a member of NATO, the prime minister and the main opposition leader announced on Monday.

“The government has decided to inform NATO of Sweden’s willingness to become a member of the alliance,” she told a news conference with opposition leader Ulf Kristersson. 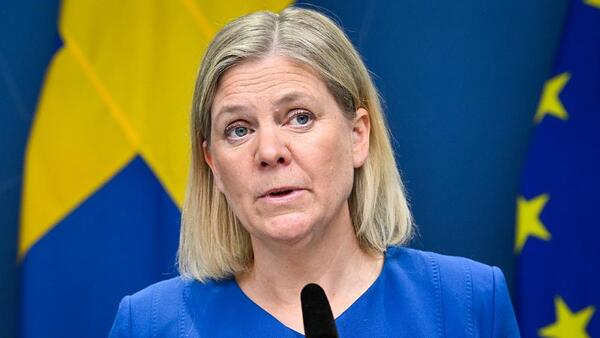 The Russian defence ministry said on Monday that a truce had been called at the Azovstal steel mill, the last bastion of Ukrainian resistance in the city of Mariupol, to evacuate wounded Ukrainians.

“[Weapons] silence is currently in force and a humanitarian corridor was opened through which wounded Ukrainian soldiers are transferred to medical facilities in Novoazovsk,” the ministry claimed in a statement.

Novoazovsk is a Ukrainian town near the border with Russia that is controlled by Moscow and pro-Moscow forces.

The Russian ministry did not clarify whether the wounded would be considered prisoners of war.

There was also no immediate confirmation from the Ukrainian side. It was not clear how many wounded Ukrainians might leave the site and if any had so far done so.

Russia would react to any military deployments in Sweden or Finland, says Putin

Russian President Vladimir Putin has reacted to Finland and Sweden’s proposed membership of NATO, saying on Monday that it did not constitute a “threat” in itself, but that Russia would react to any military deployments.

Such “enlargement of NATO does not constitute an immediate threat (…) but the deployment of military infrastructures on the territories of these countries will, of course, lead to a response”, he told a summit of the leaders of the Collective Security Treaty Organisation (CSTO) in Moscow.

Swedish Prime Minister Magdalena Andersson on Monday told her country’s parliament that she sees “a historic change in our country’s security policy line” as the country prepares to seek membership of NATO.

“Sweden needs formal security guarantees that come with membership in NATO,” Andersson said during a parliamentary debate, adding that the country was acting together with neighbouring Finland.

The debate is expected to be a formality as there is a clear majority of lawmakers in favour of joining NATO. The Swedish government is expected to announce its intention to seek membership in the 30-member military alliance later Monday.

Despite not being on the official agenda, Brussel’s proposed Russian oil embargo was on Monday looming large over a meeting of foreign affairs ministers, with accusations some member states are holding the bloc “hostage”.

The proposal to phase out Russian oil across the bloc was unveiled 12 days ago by Commission chief Ursula von der Leyen. But unlike the five previous sanction packages that were swiftly approved by the 27 capitals, negotiations have stalled with no resolution seemingly in sight.

Four member states are demanding the European Commission allow them to continue importing Russian energy past December 2024, which already constitutes a significant delay from the rest of the bloc.

Hungary is seen as the primary hold-out with Prime Minister Viktor Orban describing the oil ban as an “atomic bomb” for his country’s economy. 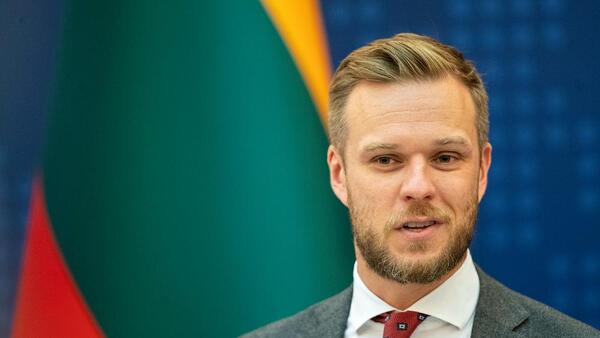 Belarusian President Alexander Lukashenko on Monday urged other members of a Russian-dominated military alliance to stand united, and accused the West of hoping to prolong the conflict in Ukraine to try to weaken Russia as much as possible.

Lukashenko, speaking at a summit of the leaders of the Collective Security Treaty Organisation (CSTO) in Moscow, said “hellish sanctions” against his country and Russia could have been avoided if the group had spoken with one voice.

“Without a united front, the collective West will build up pressure on the post-Soviet space,” Lukashenko said in televised opening remarks, addressing Russian President Vladimir Putin and the leaders of Armenia, Kazakhstan, Kyrgyzstan and Tajikistan.

The European Commission is set to propose on Wednesday a new package of financial aid to Ukraine, including new loans to provide immediate liquidity to Kyiv and commitments for the long-term financing of the country’s reconstruction, officials said, according to Reuters.

The size of the short-term financial support is still being defined but two officials familiar with the discussions told Reuters they expected it to roughly cover Ukraine’s financial needs for two months, largely through loans.

A third official said the money would come from the EU budget and from EU governments, dismissing earlier talk that the funds could be raised in the market with the issuance of joint bonds backed by the EU budget.

The IMF estimated in April that Ukraine needed around $5 billion dollars a month for at least three months to plug the immediate financial shortfall caused by Russia’s invasion. The Fund’s chief, Kristalina Georgieva, has called for this support to come in the form of grants rather than loans.

The scale of EU support will depend also on how much G7 countries are willing to contribute. A meeting of finance ministers of the Group of Seven major economies is scheduled in the second half of this week, just after the Commission is expected to unveil its proposals.

EU states will have to sign off on the Commission’s plan, and could try to tweak it.

Governments are divided over how to support Ukraine, with many favouring loans despite the IMF’s views and Ukraine’s likely inability to repay them. Germany is among a number of EU governments that support grants, EU diplomats said.

Greenpeace protesters have blocked the entry of a Greek tanker into a southern English port due to its Russian fuel cargo with police making arrests, the green group said on Monday. Britain and the EU have separately banned Russian-flagged vessels from their ports, with exemptions, after Russia’s invasion of Ukraine in what the Kremlin describes as a “special military operation”.

The UK has said it will phase out imports of Russian oil by the end of the year, which has meant that foreign flagged vessels carrying Russian cargoes are still able to call at ports for the time being.

Greenpeace said 12 activists occupied a jetty on Sunday evening in Navigator Terminals’ Thames site in Essex, where the Greek-flagged Andromeda oil products tanker was expected to discharge its cargo. Essex Police said on Monday that officers had been called to the Navigators Terminal late on Sunday evening.

“So far eight people have been arrested on suspicion of aggravated trespass and we’re working with our partners to bring a number of others to safety,” it said in a statement.

In recent weeks, a number of ships carrying Russian cargoes have changed course after protests in both UK and EU ports.

‘Stealth’ omicron variant BA.2 circulating in almost half of US, but…

YouTube to crack down on harmful or misleading abortion-related…