The Biden administration is getting ready to send Ukraine a small number of high-tech, medium-range rocket systems, a critical weapon that Ukrainian leaders have been pleading for as they struggle to stall Russian progress. The rocket systems are part of a new $700 million tranche of security assistance for Ukraine from the US that will include helicopters, Javelin anti-tank weapon systems and tactical vehicles.

Meanwhile, Russian forces have now seized half of Sievierodonetsk, a key city in eastern Ukraine, as heavy fighting between Russians and Ukrainians continues.

Follow Wednesday’s developments in Ukraine as they unfolded in our blog below:

Russia claims to have completed testing of a hypersonic cruise missile.Russian forces now control 70% of the strategic city of Sievierodonetsk, according to the regional governor.Germany is to send Ukraine anti-aircraft missiles and radar systems, amid criticism that it’s not doing enough to help Kyiv.Russian gas exports plunged 27.6 per cent in 2022, according to Gazprom.Denmark is holding a referendum today on whether to join the EU common defence policy.Russia is cutting off natural gas supply to Denmark, adding the country to a list that includes Finland, Poland, Bulgaria and the Netherlands.Russia has criticised the US over its plans to send advanced arms shipments to Ukraine, including medium-range rocket systems.Ukrainian counter-offensives in Kherson are critical terrain, says US think tank.

Sweden plans to continue dialogue with Turkey over NATO bid

Swedish Prime Minister Magdalena Andersson said on Wednesday that the Nordic country would continue its dialogue with Turkey over Ankara’s objections concerning its application to join the NATO military alliance.

“I’m looking forward to constructive meetings with Turkey in the near future,” she told a news conference with UN Secretary-General Antonio Guterres.

“Our responses to demands and also questions from Turkey we will take directly with Turkey and also sort out any issues and misunderstandings that there might be.”

Sweden and Finland both applied to join NATO last month but their bids have faced unexpected objections from Ankara which accuses them of being safe havens for Kurdish militants and wants them to reverse an arms exports ban.

Russia said on Wednesday that it did not rule out a meeting between President Vladimir Putin and his Ukrainian counterpart Volodymyr Zelenskiy, but that any such talks needed to be prepared in advance.

Kremlin spokesman Dmitry Peskov told reporters in a call that work on a peace document with Ukraine had stopped a long time ago and had not restarted.

Peskov said that people in the Russian-occupied Ukrainian regions of Kherson, Zaporizhzhia and Donbas must decide their own futures and the Kremlin did not doubt they would make the “best decision”.

Ukraine has previously said that annexation of the regions by Russia would end peace talks between the two sides.

HIMARS: What are the high-tech rocket systems the US plans to send to Ukraine?

On Tuesday evening the Biden administration said it will be sending Ukraine a small number of high-tech, medium-range rocket systems, a critical weapon that Ukrainian leaders have been pleading for to aid in their fight against Russia.

But what exactly are these weapons? Read below to find out:

Ukraine war: Girl among three killed in bombing of… 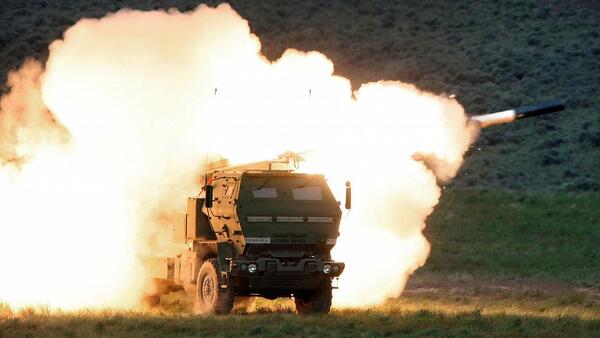 HIMARS: The high-tech rocket system the US plans to send to Ukraine

Russia has no information on death of French journalist, says official

The Kremlin said on Wednesday that it had no information as to the circumstances of the death of a French journalist in Ukraine during a bombardment attributed to Russian forces.

“To draw conclusions, you need detailed information about where it happened, under what circumstances, what is the truth, what is not. We don’t have such information,” Dmitry Peskov, a spokesman for the Russian Presidency, told the press.

Peskov’s statement is the first from a Russian official since Frédéric Leclerc-Imhoff, a journalist working for the French channel BFMTV, was killed in eastern Ukraine on Monday, while reporting on a humanitarian operation.

The head of French diplomacy, Catherine Colonna, said in a tweet that the 32-year-old reporter had been “killed by a Russian bombardment”.

Portugal has sent more than 100 marines to join a NATO force in stationed in Lithuania, in a bid to reinforce the alliance’s defences on its eastern flank.

The aim of the deployment is to “support high levels of readiness and discourage direct of indirect threats against NATO member states, especially in the Baltics, said Portugal’s defence ministry Wednesday.

146 marines will be deployed, including divers specialising in deactivating mines and other explosive devices.

They will remain in Lithuania for three months, having left for the country on Wednesday.

NATO countries have sent troops, tanks, aircraft and other military equipment to Lithuania and the wider Baltic region, since Russia invaded Ukraine on 24 Feburary.

Fuel partially made from Russian crude allegedly in US – despite ban

Fuel allegedly made, in part, with Russian crude has been imported to the United States (US), in spite of a ban on Russian oil, gas and energy, according to the Wall Street Journal.

The US newspaper reported that traders are attempting to evade sanctions on Russian oil imports by blending the oil in refined products, such as petrol, diesel and chemicals.

Arriving in New York and New Jersey last month, the cargoes were transported through the Suez Canal and across the Atlantic from Indian refineries, which are big buyers of Russian oil.

“It does look like there’s a trade where Russian crude is refined in India and then some of it is sold to the US,” one analyst, who has been monitoring Russian fossil fuel exports, told the paper.

Oil is also being transferred between ships in the Mediterranean, off the coast of West Africa and the Black Sea, and then moved to China, India and Western Europe, according to the Wall Street Journal.

“Russian oil will no longer be acceptable at US ports,” said US president Joe Biden in March. 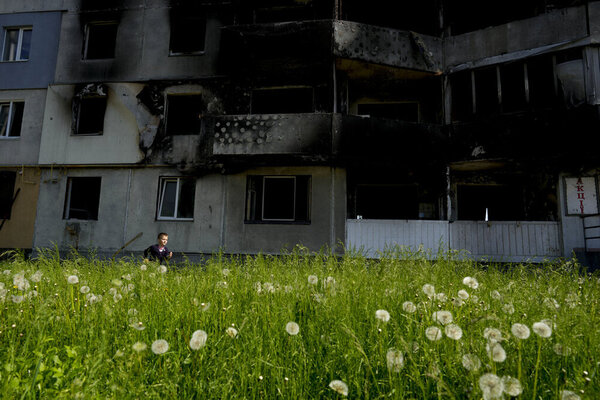 A boy runs in front of a building destroyed by attacks in Borodyanka, on the outskirts of Kyiv, Ukraine, Tuesday, May 31, 2022. (AP Photo/Natacha Pisarenko).12:44

The figures come against a backdrop of Russian-European tensions over the war in Ukraine, although Gazprom did not explain the reasons for this drop.

It specified to deliver gas “in accordance with confirmed orders,” adding that “gas exports to China through the Power of Siberia pipeline are increasing, under a long-term contract between Gazprom and CNPC.”

No sanctions on Russia gas exports to the EU have been put in place, although plans to open a new gas pipeline from Russia to Germany have been frozen.

However, faced with the Russian offensive in Ukraine, the European Union (EU) is trying to reduce its dependence on Russia gas and find alternative suppliers, such as the United States (US).

Russia, which has the world’s largest reserves of natural gas, previously provided 40 per cent of the EU’s gas.

The Ukraine war and the cost of living crisis

Russia’s invasion of Ukraine has led to record-breaking inflation.

But how is the war affecting the current cost of living crisis? 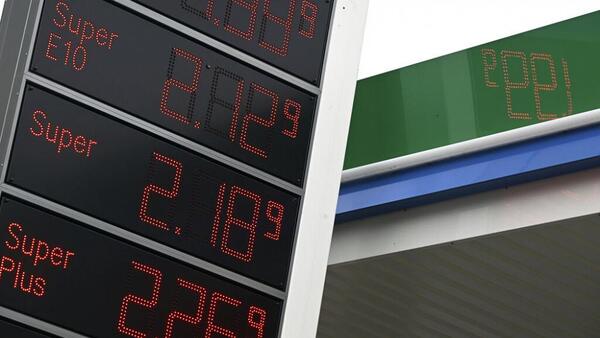 How is the Ukraine war affecting the cost of living crisis?

The criminal trial of the r&b artist Khovansky revealed the…

Why is there concern over free speech in the aftermath of…