Police have declared that Sunday’s explosion outside a hospital in Liverpool is a terror incident.

Detectives have arrested a fourth man over the blast, which killed a passenger inside a taxi.

Police believe it was that passenger who took an improvised explosive device into the vehicle, which exploded as the taxi arrived outside the reception of Liverpool Women’s Hospital. 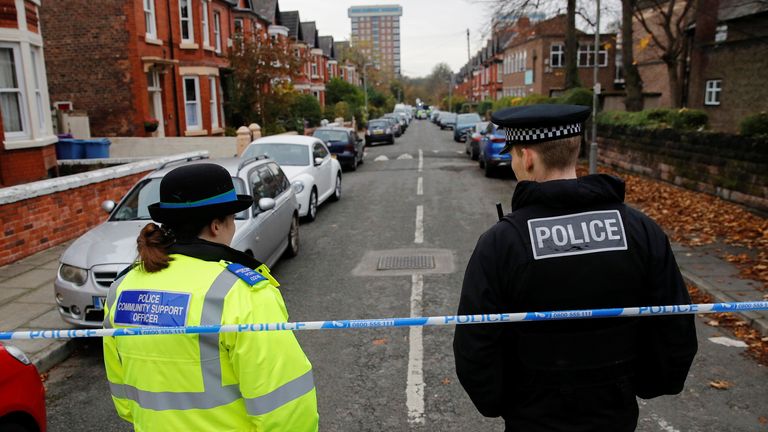 Two addresses have been searched and “significant items” have been found at one of them.

The motivation for the incident is “not clear”, police said – but officers believe they know the identity of the taxi’s passenger.

The taxi driver who escaped the car explosion has been named as David Perry. He has been discharged from hospital and is recovering at home.

After the explosion, armed police swooped on several terraced houses in Sutcliffe Street, where the three arrests were made.

Prime Minister Boris Johnson will chair an emergency Cobra meeting this afternoon in response to the incident, Downing Street has said.

Assistant Chief Constable Russ Jackson, from Counter-Terrorism Policing North West, said the investigation into the explosion is “continuing at pace”.

He said: “The circumstances as we understand them to be are that yesterday, shortly before 11am, a local taxi driver picked up a fare in the Rutland Avenue area of Liverpool.

“The fare – a man – had asked to be taken to Liverpool Women’s Hospital which was about 10 minutes away.

“As the taxi approached the drop-off point at the hospital an explosion occurred from within the car.

“This quickly engulfed it in flames. Remarkably, the taxi driver escaped from the cab. He has been treated for his injuries that he sustained and he’s now been released from hospital.”

He added: “It is not clear what the motivation for this incident is.

“Our enquiries indicate that an improvised explosive device has been manufactured and our assumption so far is that this was built by the passenger in the taxi.

“The reason why he then took it to the Women’s Hospital is unknown, as is the reason for its sudden explosion.

“We are of course aware that there were Remembrance events just a short distance away from the hospital and that the ignition occurred shortly before 11am. 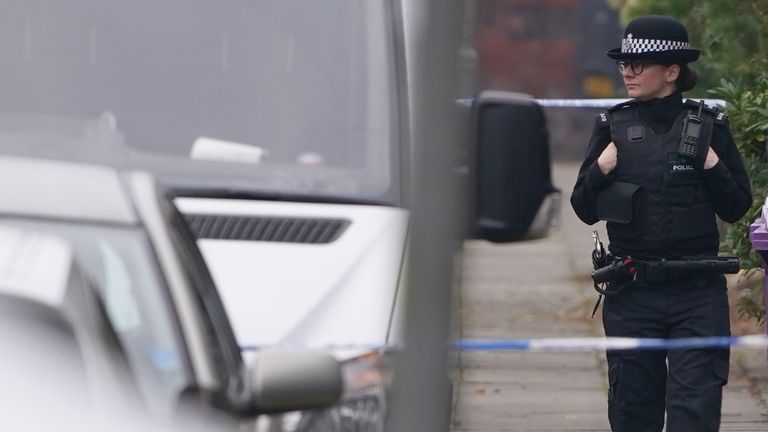 “We cannot at this time draw any connection with this but it is a line of inquiry we are pursuing.”

Mr Jackson said that “given all the circumstances”, the incident has been declared a terrorist incident.

“Our enquiries will now continue to seek to understand how the device was built, the motivation for the incident and to understand if anyone else was involved in it,” he added.

“We believe we know the identity of the passenger but cannot confirm this at this time.”

He added the arrested men were believed to be “associates” of the taxi passenger.

He said officers were looking at his associates, his telephone records and purchases he may have made.

He said police had “attributed” the taxi passenger to both the addresses where officers were currently searching but were uncertain which address he lived at.

“We have got significant items in one of the addresses,” Mr Jackson said. 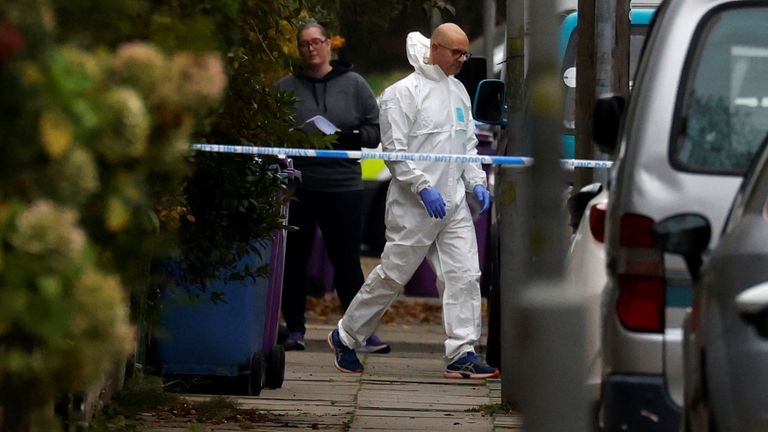 Mr Jackson also said he had spoken to the taxi driver, but at the time he was still shaken and injured.

He said police had not yet got a full account of the incident from the driver and was not able to confirm reports the driver had locked the doors of the taxi before the explosion.

He said it appeared to have been an “unremarkable journey” to the hospital.

Merseyside Chief Constable Serena Kennedy said: “There is no specific threat to the area, but I have asked for patrols to be increased right across Merseyside.”

She urged people to “remain calm, but also be vigilant and alert”, and stressed that the public should rely only on official information. Sharon Cullen, 49, was at home in Boaler Street, off Sutcliffe Street, on late Sunday afternoon when she heard shouts of ‘get down, get down’.

She said she looked out of her rear window and saw armed officers surrounding a property in Sutcliffe Street.

Mrs Cullen said: “I saw around five or six of them and two went round the back and put ladders against the wall and climbed up.”

Police had earlier told her family to stay indoors.

She said: “It was terrible. It’s not how I wanted to spend my Sunday afternoon.”

A cordon remains in place outside a terraced house in Sutcliffe Street.

A grey Mondeo car has also been taped off as uniformed officers continue to guard the front and side of the property.

Liverpool mayor Joanne Anderson has told Sky News she has been in “constant communication” with the emergency services and said the incident must have “been truly shocking” for taxi driver David Perry.

“To be involved in a horrific incident like that and manage to escape, of course it’s truly shocking what has happened,” Ms Anderson added.

She said the Liverpool community is very good at “pulling together”.