The UK’s terror threat level has been raised from “substantial” to “severe”, meaning an attack is now judged to be “highly likely”.

Chinese spy Christine Lee operated out in the open, damaging…

The move, confirmed by Home Secretary Priti Patel, follows an explosion outside a hospital in Liverpool on Sunday which police have declared a terror incident.

Detectives have arrested four people over the blast, which killed a passenger inside a taxi.

Police believe it was that passenger who took an improvised explosive device into the vehicle, which exploded as the taxi arrived outside the reception of Liverpool Women’s Hospital.

The decision to raise the threat level has been taken by the Joint Terrorism Analysis Centre (JTAC) and Ms Patel said it was made due to two incidents occurring in the last month.

It is exactly a month since Conservative MP Sir David Amess was stabbed to death at his constituency surgery in Essex. That attack was also declared a terrorist incident.

JTAC is based at MI5’s headquarters in London and is made up of counter-terror experts from the police, government and security agencies.

Speaking to reporters, the home secretary said: “The prime minister has this afternoon just chaired a Cobra meeting and I attended that meeting too – and the points to note from that meeting is that, first of all, the incident has been declared as a terrorist incident, the police have now declared that.

“But, secondly, the Joint Terrorism Analysis Centre – JTAC – are now increasing the United Kingdom’s threat level from substantial to severe.

“And there is a reason for that, and that reason is because what we saw yesterday is the second incident in a month.

“Now, of course that means we continue to work with our world class security, intelligence and policing services – representatives from those agencies.

“There is a live investigation taking place right now, they will need the time, the space, to do the work that they are doing in terms of investigating the incident.

“But of course, we as a government, I as home secretary, continue to work with everyone when it comes to the security of our country and making sure that we are taking all the necessary steps required.”

The threat level was last raised to “severe” in November 2020 following attacks which saw four people shot dead in Vienna, three others die in a knife attack in Nice, and a teacher murdered in Paris.

In February 2021 it was downgraded to “substantial” – which the home secretary said followed a “significant reduction” in the momentum of attacks in Europe.

The “severe” level is the second highest alert, with only “critical” above it, and was last reached in September 2017 in the wake of the Parsons Green train bombing. 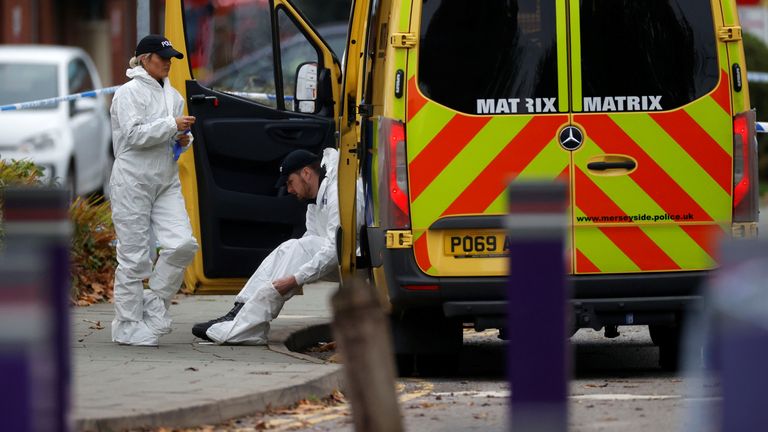 The five terror threat levels are:

Police say the motivation for Sunday’s incident is “not clear” – but that officers believe they know the identity of the taxi passenger and that the four arrested men are thought to be “associates”.

Two addresses have been searched and “significant items” have been found at one of them.

The taxi driver who escaped the car explosion has been named as David Perry. He has been discharged from hospital and is recovering at home.

Sky News’ security and defence editor Deborah Haynes said the move means security officials believe an attack is highly likely but there is no specific intelligence to suggest one is set to happen imminently. 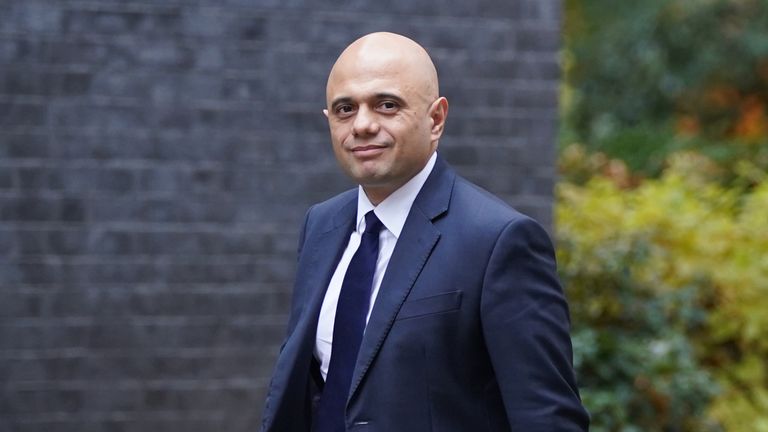 Assistant Chief Constable Russ Jackson, from Counter-Terrorism Policing North West, said the investigation into the explosion is “continuing at pace”.

He said: “The circumstances as we understand them to be are that yesterday, shortly before 11am, a local taxi driver picked up a fare in the Rutland Avenue area of Liverpool.

“The fare – a man – had asked to be taken to Liverpool Women’s Hospital which was about 10 minutes away.

“As the taxi approached the drop-off point at the hospital an explosion occurred from within the car.

“This quickly engulfed it in flames. Remarkably, the taxi driver escaped from the cab. He has been treated for his injuries that he sustained and he’s now been released from hospital.”

Ms Patel said the attack had had a “very significant impact across the community” in Liverpool and her thoughts were with people in the city.

Bank of England chief: I’m uneasy about inflation but we are a long way from the 1970s

Over 60, sedentary and watching TV: bad combination for dementia risk,…

UK: Tory MP says he will meet police over government…