Ethan Andrew started smoking marijuana during his sophomore year of high school in Colorado to help with his anxiety.

Like many teens, he said he thought it was “just weed” and did not see the harm in smoking the popular drug containing THC, the active chemical found in cannabis that produces a “high.”

His causal marijuana use turned to smoking potent cannabis flower and concentrates, known as dabs, which contain high levels of THC. Andrew said he smoked every day from morning to night.

However, it was too late. Two years after becoming an avid marijuana user, Ethan was only 18 when he developed cannabis-induced psychosis, a condition including severe hallucinations, delusions and paranoia. 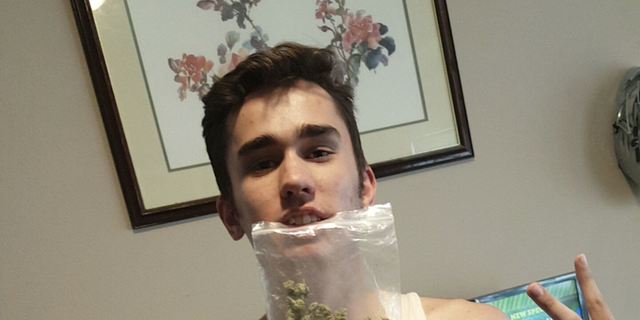 Ethan Andrew revealed he was addicted to marijuana during his teenage years.

“I had to quit my job because the voices in my head were so distracting,” Ethan said, adding that the worst symptom was confusing dreams with reality. “I’d wake up and tell my friends, ‘Yeah, remember when we hung out and did that?’ And they would have no idea what I’m talking about.”

A recent study review published by Lancet Psychiatry found high-cannabis-potency products are associated with a greater risk of psychosis and addiction called cannabis use disorder (CUD).

“The content of THC not many decades ago was 2%-3%,” Dr. Nora Volkow, the director of the National Institute on Drug Abuse, told Fox News, adding that marijuana is considered high in potency if the product contains more than 10% THC.

“Now, the average content of THC in the United States is 14-16%,” she said. “There are [cannabis] varieties that have a content that goes to 30% THC.”

Today, manufacturers have found ways to add marijuana into vaping devices, edibles and wax that can contain nearly 100% pure THC.

“We’re seeing more and more young men with these type of episodes because the cannabis that they are consuming has higher contents of THC that have the highest risk for triggering a psychotic episode and becoming addicted,” Dr. Volkow said. “It’s much more widely available and a larger percentage of them smoking.”

COVID was in Europe weeks before first confirmed cases,…

Currently, 19 states and Washington, D.C., have legalized recreational marijuana, while 37 states have approved medical use. That, Dr. Volkow said, does not mean cannabis use is harmless, especially on adolescent brain development.

MISSOURI VOTERS TO VOTE ON RECREATIONAL MARIJUANA IN NOVEMBER BALLOT

“The consumption of marijuana as a young person modifies the brain in ways that make it more susceptible later on to that rewarding and addictive effects of other drugs,” she said. “So, you start to mess around by smoking marijuana, you’re going to interfere with that process, which is crucial because ultimately who we are very much is a reflection of how our brain works.” 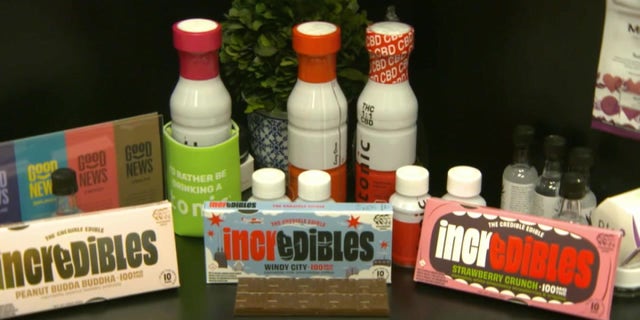 Manufacturers have found ways to add marijuana into vaping devices, edibles, and wax that can contain nearly 100% pure THC.

States including Massachusetts, Colorado and California, where cannabis is legal, are already benefiting from state and local taxes by the billions, said Beau Whitney, one of the nation’s leading experts on the economics of cannabis, adding that a federal tax would only embolden the illicit, dangerous market.

“Last year, only $25 billion worth of cannabis was sold legally while $75 to $80 [billion] was sold in the illegal market,” Whitney said. “Pricing plays a key role in incentivizing consumers to participate legally. If the price is too high, they’ll go back onto into the illicit market.” 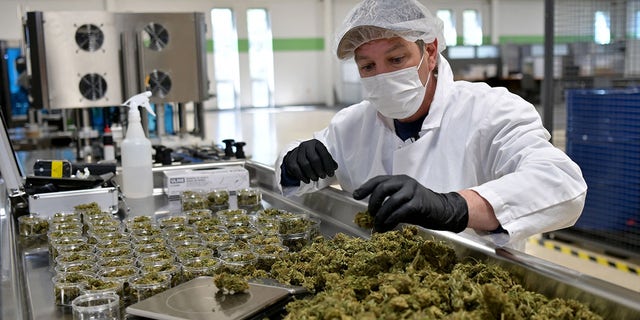 After seeing firsthand how marijuana affected her son and husband, Aubree Adams moved her family out of Colorado – one of the first states that made it legal, which she described as “ground zero for the marijuana expansion movement” – to Texas where it is still illegal to possess any substance containing THC. She started Every Brain Matters, an advocacy group supporting and educating families on the harmful effects of cannabis.

NARCAN VENDING MACHINES ARE THE LATEST WEAPON AGAINST OPIOID OVERDOSES

“In the state of Colorado, the number one drug found in completed suicides ages 10 to 18 is marijuana,” she said. She added that she believed families like hers have been “fed a bag of lies that cannabis is harmless.”

Adams went on, “THC is the perfect drug to hijack our kids’ brains and lead them down a path of addiction and mental illness.”

It has been five years since Ethan Andrew made a full recovery from cannabis-induced psychosis.

“I got so paranoid that my brain was damaged that I got an MRI, and they did find some damage to my white matter. I’m too traumatized to even smoke weed again.”

From Pushkin to Gagarin, Ukraine rids itself of Russia one…