Ukrainian civilians receive weapons training in Lviv, Saturday, March 19, 2022. This is not linked to the story, below.

Having witnessed the Russian bombardment of her home city Kharkiv that confined her parents to a bunker for more than a week, Maria Milashenko decided to act.

Kharkiv, Ukraine’s second-biggest city and close to the border with Russia, was among the first and hardest hit by the Russian military.

Maria, a 21-year-old university student, escaped with her family to the western Ukrainian city of Lviv, where she then enrolled at a weapons training school.

But, with most Ukrainian weapons trainers serving in the army, the classes are being run by Europeans who have arrived to help the war effort.

“My parents were trapped in a bunker in Kharkiv for nine days,” she told Euronews. “We understand what happened there and when we came to Lviv, we wanted to know how to defend against that.” 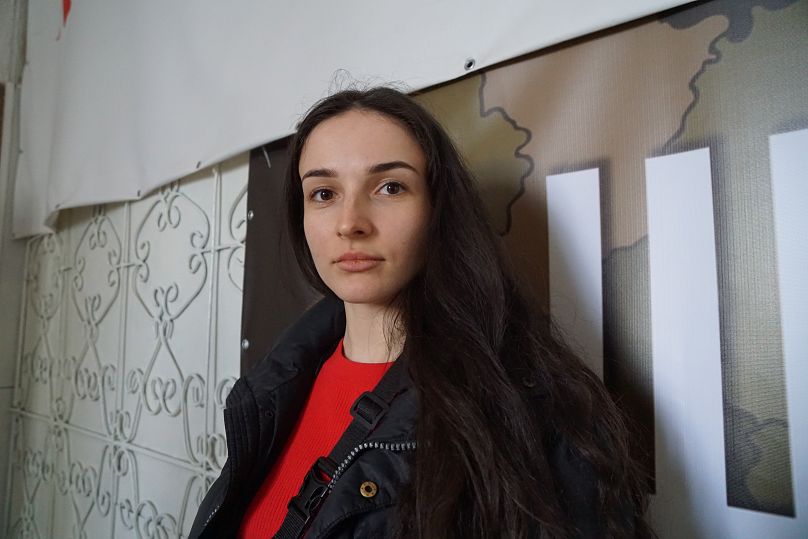 The Europeans helping with the training include volunteers from Finland, Norway, Lithuania and Latvia, the latter two former members of the Soviet Union.

Perhaps surprisingly, there were also instructors from Belarus, which is one of the few European countries allied with Vladimir Putin’s administration.

They had fled Belarus for Ukraine after the crackdown on anti-government protests sparked by Alexander Lukashenko’s disputed reelection.

“We don’t have this feeling of hatred towards Belarus,” said Maria, who after doing some training is now volunteering at the school. “People are here because of what their heart says.”

Those running the classes — which involve how to use a Kalashnikov and hand grenades, as well as first aid training — are mostly former members of the military in their home countries.

Among them is reservist Gintautas Mauricas, 45, a former member of the Lithuanian armed forces who served as a weapons instructor and worked in military communications.

He is the founder of Luksu Vyrai, which up until a few weeks ago was running military-style outdoor camps in Lithuania for fathers to bond with their sons.

One migrant dead and three injured after being hit by train…

Rapper Cashh was deported to a country he barely remembered.…

But Gintautas is now in Lviv to provide training to Ukrainians. 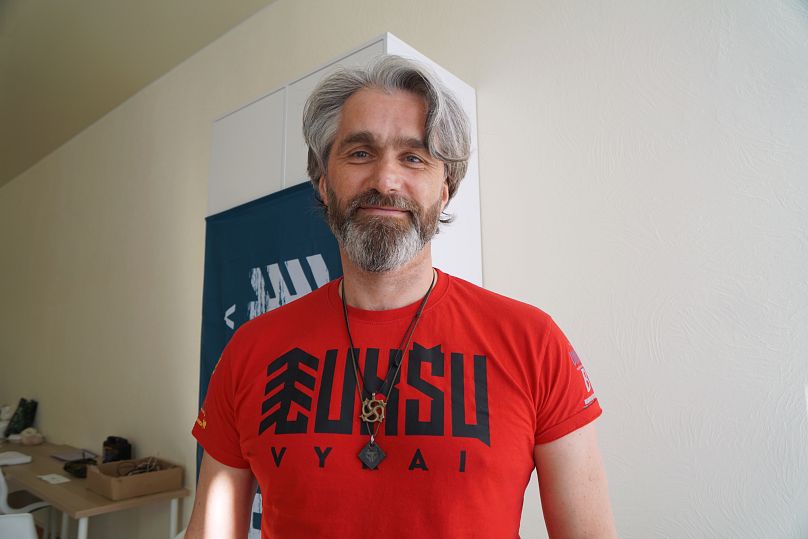 Gintautas arrived in Ukraine with Tomi Hiltunen, 32, a weapons instructor from Finland, as well as another Lithuanian, Povilas Stankunas, 31, who he met while making recruitment videos for the Lithuanian army.

“Anything to help win the war,” Gintautas tells Euronews in a room packed full of military-grade goggles, helmets, and tents.

Many in Gintautas’s native Lithuania — which shares a land border with Russia and Belarus — have not forgotten their period under Soviet rule and there are concerns about who could be next if Russia succeeds in Ukraine.

“Russian people are just ordinary people like Lithuanians,” said Povilas. “They just have a terrible leader.”

“We need to stop this crazy man,” he said of Putin. “Otherwise, who will be next? In 1990, we had to fight for our independence; we need to help Ukraine do the same now.”

Povilas is a media expert rather than a military one. Based In Vilnius, he specialises in producing drone footage and works as a media lecturer at a local university. He’s been training volunteers how to use drones and put together videos to share online.

Povilas is critical of media content about the war that’s focused on “likes and attention.” 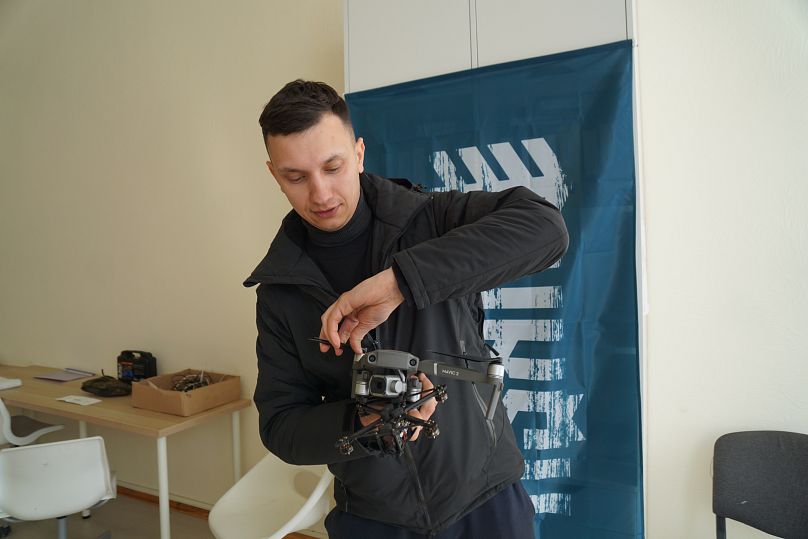 “They’re not concentrating on painting the picture of what it is currently like here,” said Povilas. “Our aim is to show the world what’s happening here. We have a mission to go into Kyiv to show what the situation is right now.”

Gintautas and Povilas deny they are concerned about a recent attack on a military training centre on the outskirts of Lviv.

“More people in Lithuania were worried about the attack than they were here in Lviv,” he said.

“The attack on the training centre was a psychological operation. They hoped that a foreigner would die and it would stop us [from] helping Ukraine.”

COVID-19: Leap in interest for holidays as testing restrictions are…