Sunscreen 101: what to know before you head outside

New York dermatologist, Dr. Whitney Bowe believes not all sunscreens are made equal. She shares her favorite sunscreens for adults and children and reveals why you can’t rely on last year’s lotions.

Skin cancer death rates in the U.K. are higher for men than women.

The group found that male melanoma skin cancer deaths have increased by 219% since 1973.

Female melanoma skin cancer deaths have reportedly increased by 76% in the same period.

HOW TO WEAR SUNSCREEN THE RIGHT WAY: YOUR GUIDE TO SPF

Approximately 1,400 U.K. men die from melanoma each year, compared to 980 U.K. women, the research center wrote in a news release on Thursday.

The melanoma death rate for women in the U.K. has reportedly decreased by 9% in the last decade, but men in the country haven’t had the same luck.

“These figures showing that six people die of melanoma every day in the U.K. really drive home the importance of sun safety,” said Michelle Mitchell, the organization’s chief executive of cancer research, in a statement.

“In most cases it’s not cancer, but if it is, an early diagnosis can make all the difference.”

“We all need to take steps to protect ourselves from the sun’s harmful UV rays,” Mitchell continued.

“Getting sunburn[ed] just once every two years can triple your risk of skin cancer.”

HOW TO KNOW IF YOUR SUNSCREEN IS EXPIRED

“If you notice any unusual changes to a patch of skin or nail, don’t put off telling your doctor,” Mitchell warned.

“In most cases it’s not cancer, but if it is, an early diagnosis can make all the difference.” 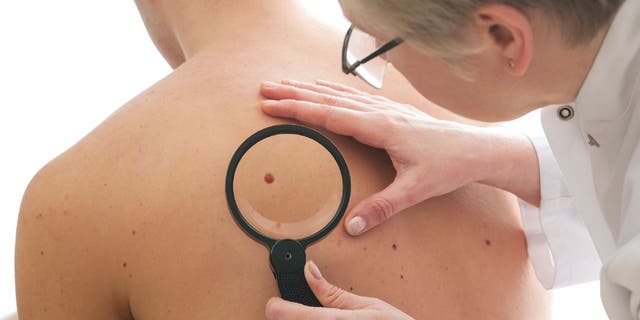 Visiting a dermatologist for an annual skin check can help patients stay up to date on mole growths and abnormal cells, which are often linked to skin cancer.
(iStock)

Researchers theorize that a lack of sunscreen wear, plus tanning beds and a rise in vacations to sunny destinations could be contributing to skin cancer risks.

Death of Queen Elizabeth II: Britain wakes up in mourning,…

Men who have been diagnosed with skin cancer often had their cancers detected on their torsos, which could be related to the habit of going shirtless, Cancer Research UK wrote.

“This could make it harder to spot changes to the skin, and potentially contribute to the higher proportion of later-stage diagnosis seen in men,” the organization added.

SUNSCREEN HELPS PREVENT PREMATURE AGING AND SKIN CANCER: HOW TO PICK THE BEST ONE

Cancer Research UK said it wants people to remember that sunburns damage skin cells — and that the damage can build up over time. 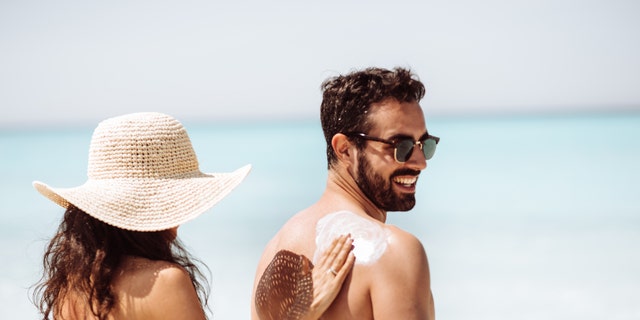 Taking precautions like wearing daily sunscreen that’s at least SPF 15, covering up with clothing and seeking out shade are three ways people can lower their skin cancer risks.

Men who have been diagnosed with skin cancer in the U.K. likely have not practiced these sun safety precautions. 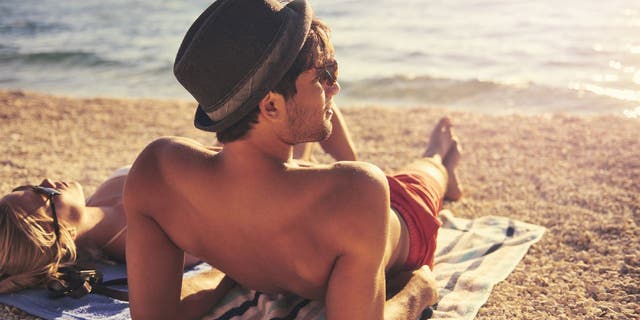 Long periods of sun exposure without sunscreen or protective clothing can increase a person’s risk of skin cancer.
(iStock)

Two thousand men in the U.K. were questioned.

Eighty-four percent of the survey’s respondents said they know sunburn increases skin cancer risks, but less than a quarter said they make sure to “always protect themselves from the sun.”

In the U.S., men also have a higher skin cancer diagnosis and death rate than women, according to data from the CDC.

During the same period, some 9,008 Americans died from melanoma skin cancer each year, which included 5,930 men and 3,079 women.

France faces raging wildfires and second heatwave of the summer

Enjoy an indulgent trip across Italy’s Food Valley with this…

Study: Risk of colorectal cancer rises for men who eat…

Alcohol intake at any level may increase risk of heart…